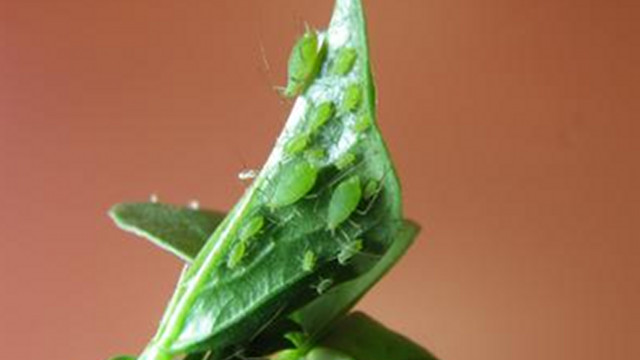 Aphids land on their feet

Cats aren’t the only animals to land on their feet after a fall. When pea aphids fall—a trick they use to avoid predators—they rotate in mid-air so they can land upright on plants and hold on with their sticky feet, according to a study published in Current Biology this week (February 4).

The aphids don’t have any special structures to right themselves. Rather, the wingless creatures rotate their bodies into the proper orientation by adopting just the right posture—with antennae forward and back legs angled up and back—such that they are only aerodynamically stable when upright. In this position, the air naturally flips them over. 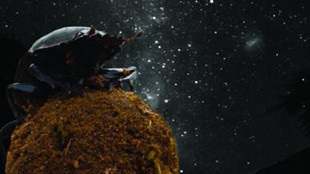 Like sailors in the Age of Exploration, dung beetles use the stars to navigate the night. Male dung beetles amass giant balls of dung to woo females, which lay their eggs in the nutritious dung. Males that take a meandering path with their dung balls are liable to get robbed by other dung beetles, while males that travel in a straight line are more likely to get to their destinations safely. A paper published in Current Biology last month (January 24) found that, to keep form getting lost in the dark, the beetles orient themselves using the Milky Way.

Researchers discovered the beetles’ celestial talents while studying how they used the moon to navigate. One moonless night, they noticed that the beetles were still transporting their dung in relatively straight lines. “Even without the moon—just with the stars—they were still able to navigate,” coauthor Eric Warrant, a zoologist at Lund University in Switzerland, told ScienceNOW. “We were just flabbergasted.”

The researchers confirmed their findings in a planetarium, where the beetles successfully navigated by the stars projected on the ceiling—either the entire night sky or just the Milky Way—but did poorly when there were few stars or when their view of the sky was obscured by pieces of cardboard on their backs. 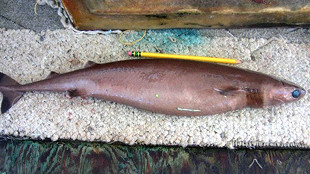 WIKIMEDIA, NOAA OBSERVER PROJECTDivers have found evidence that great white sharks aren't at the top of the food chain after all. In a paper published in the January issue of Pacific Science, authors describe evidence that the small cookie-cutter shark, just one-tenth the size of a great white, is snacking on the flesh of its much larger cousin.

In 2010, a diver who found a great white shark off the coast of Mexico with a round hole and crescent-shaped bite on its head. “I don’t know of any other animal that leaves a bite like that,” the diver, named Gerardo del Villar, told the National Geographic blog Not Exactly Rocket Science (authored by The Scientist correspondent Ed Yong). Del Villar had seen other sharks with similarly odd marks and this time snapped a photo and sent it to scientists at the Florida Museum of Natural History. 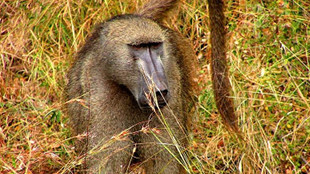 Unlike most promiscuous mammals, baboon fathers appear to mentor their own young, according to a paper published Behavioural Ecology on November 1. And that guidance from dad helps the young baboons thrive.

Baboons are promiscuous and it is not always clear which baboon fathered which child. In promiscuous species, absentee fathers are common. “Paternal care is usually observed in species where paternity certainly is high, [such as] in monogamous species,” behavioral ecologist Elise Huchard of the University of Cambridge told BBC News.

Observing young chacma baboons in Namibia, however, Huchard and her colleagues found that the young baboons were tagging along with their genetic fathers—determined by DNA testing—especially when their mothers were absent and when it was time to find food. And with their fathers, the young baboons did better at foraging. “It was exciting to find that in this population, males actually care for their own offspring,” Huchard told the BBC,  “which suggests that they are able to discriminate their own offspring and that such bonds do represent paternal care.” 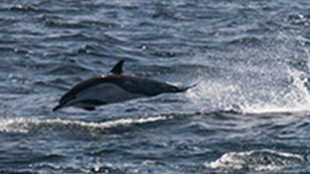 Dolphins have been known to try to help calves in need, pushing them to the surface of the water or biting them to stimulate them. But a recent paper documents a more unusual display of supportive care: a group of long-beaked common dolphins trying to save a dying adult member of their species.

Scientists in a vessel off the coast of Korea observed the dolphins coming together to form a raft-like shape with their bodies, pushing the ailing dolphin to the water’s surface. One dolphin even propped up the sick dolphin’s head with its beak. Unfortunately, the dolphin died after a few minutes, but the other dolphins continued to support it, according to the paper published in Marine Mammal Science last month (January 18).

In another show of surprising supportiveness, a group of sperm whales adopted an adult bottlenose dolphin with a spinal deformation. Researchers discovered the dolphin while observing sperm whales in the North Atlantic and will publish their findings in the journal Aquatic Mammals.

“Sometimes some individuals can be picked on,” Alexander Wilson, a biologist at the Leibniz Institute of Freshwater Ecology and Inland Fisheries in Berlin who was with the group that spotted the dolphin, told ScienceNOW. “It might be that this individual didn't fit in, so to speak, with its original group.” As for why the sperm whales adopted the misfit, they could have benefited from social interaction with the dolphin, the authors noted.