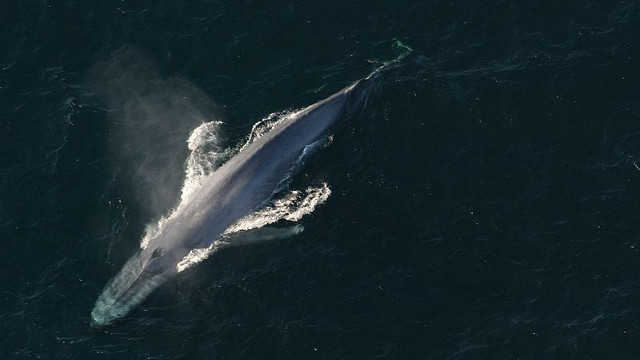 With a body size that rivals that of a space shuttle and two wimpy-looking flippers for steering, you might not expect a blue whale to be a talented tumbler, deftly maneuvering in its watery world. But don’t underestimate the power of hunger. Researchers discovered that, in pursuit of tiny prey, a famished blue whale—the world’s largest predator—swiftly spins 360 degrees to gain the most advantageous angle for a mouthful of krill. The new finding, published last week (November 28) in Biology Letters, takes a sharp turn from other whales, which only roll 90 to 150 degrees while hunting.

"We think that this behavior improves the whale's chances of engulfing the most amount of krill possible," lead author Jeremy Goldbogen, of the Cascadia Research Collective in Olympia, Washington, told Discovery News. “Krill exhibit well-known escape responses that do require, at times, the 360-degree...

Using harmless, suction-mounted sensors on the backs of blue whales off the coast of California, researchers discovered that the whales swim under krill patches, turn belly-up in 4 to 5 seconds, charge at 11 kilometer per hour, and open wide for a big gulp of wee crustaceans before completing the full rotation. “It is remarkable that such a large animal can execute such a maneuver," Goldbogen told Discovery News. “They are not the inertial juggernauts that we think of them.” 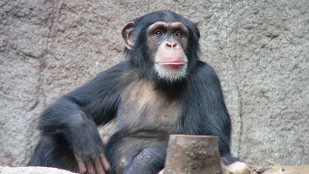 Sans a flashy sports car or dramatic career switch, great apes share the slump in spirits experienced by many humans in middle age, according to a study published this month (November 19) in Proceedings of the National Academy of Sciences. This similarity with our distant relatives suggests a biological root for midlife crises, rather than environmental and social sources, as previously suspected.

For the study, researchers monitored the happiness of 508 chimpanzees and orangutans—via their caretaker’s gauge on their mood and successes—and found that the young and old are relatively blissful, while the middle-aged are more morose.

The finding mirrors the pattern seen in humans, who suffer depression and anxiety in midlife (mid 30s to late 50s) that social scientists have struggled to explain with social and economic factors, such as low wages or unfulfilled career ambitions. Though speculative, the results suggest a biological cause for midlife agitation. “Instead of ascribing the middle-age dip to the complexities of professional life or other socioeconomic and cultural factors, it may well be that certain physical characteristics, hormone levels, or emotion-regulation skills play a role,” Frans de Waal, a primatologist at Emory University in Atlanta, Georgia, who was not involved in the study, told Nature. 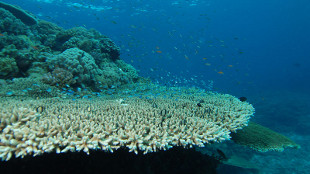 The colorful corals that host a bounty of sea life suffer under constant attack by harsh conditions and invaders. But when they’re besieged by hostile algal seaweed, certain corals can call upon an aquatic ally—goby fish—for protection, according to a new study published this month (November 9) in Science. Once drafted to the battle, the gobies gobble up the invading algae, which threaten to block the coral’s sunlight and deploy damaging chemicals. “We found that the gobies were being ‘called to’ the area damaged by the algae, and that the ‘call’ was coming from the damaged coral, not from the seaweed,” senior author Mark Hay of Georgia Institute of Technology, told Scientific American. “This takes place very rapidly, which means it must be very important to both the coral and the fish.”

In turn, the fishes’ seaweed feast preserves their coral home and, in some cases strengthens the fishes’ own defenses. After ingesting the invaders, some of the responding gobies boosted the toxicity of their usual chemical weapon—frothy mucus that causes debilitating tipsiness—which they use to evade predators. Simply put, Hay said, “this goby consumed the toxic seaweed and became more toxic.” 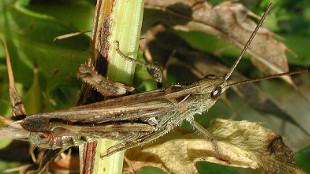 City life may not change the ways of all country folk, but bow-winged grasshoppers do sing a different tune in more urban environments. A new study published last month (November 14) in Functional Ecology found that the roar of traffic and other city clamoring has forced urban grasshoppers to up the frequency of their serenades to ensure they’ll properly woo mates.

“Increased noise levels could affect grasshopper courtship in several ways," lead researcher Ulrike Lampe of the University of Bielefeld, Germany, told BBC News. "It could prevent females from hearing male courtship songs properly, prevent females from recognizing males of their own species, or impair females' ability to estimate how attractive a male is from his song.”

To understand the differences in urban and rural grasshoppers, Lampe and his colleagues collected 188 male chirpers and studied their mating calls, which they produce by rubbing their rough hind-legs against a bulging vein on their front wings. They found that relative to the rural males, the urban grasshoppers “shift the frequency peak of the lower part of their spectrum upwards," Lampe explained. 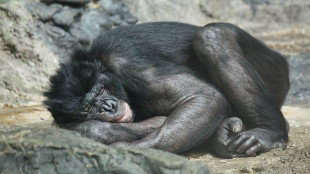 Everyone knows that a yawn can spread through a group of people in a few sleepy minutes. But researchers have recently found that the same holds true for bonobos—just between friends.

In a 3 month-long study of 12 bonobos, the results of which were published last month (November 14) in PLOS ONE, researchers found that of 1,100 recorded yawns, 300 of them were passed on within 3 minutes, and the successive yawner was most likely to be a relative or friend. In fact, the closer the friend, the more likely a yawn-observer was to catch the yawn.

The social network of yawning hints that the involuntary gape may stem from empathy, which scientists hypothesize evolved to help individuals synchronize group behaviors through non-verbal cues. “Even though we are still far from a clear demonstration of a linkage between yawn contagion and empathy, the importance of social bonds in shaping bonobo yawn contagion seems to support the hypothesis that a basic form of empathy can play a role in the modulation of this phenomenon,” the authors wrote.