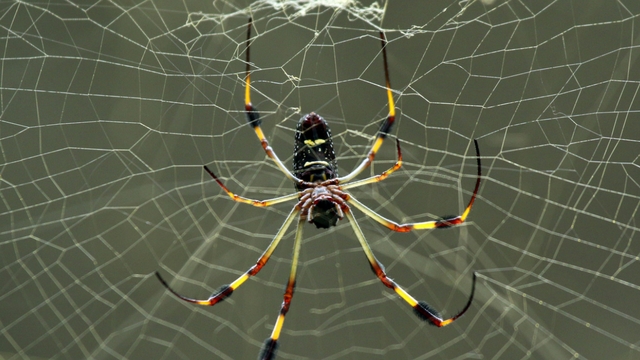 A spider’s wispy webs are among the strongest-known biological materials, and are light-weight, elastic, and capable of impeding the spread of bacteria to boot. Together, these qualities make it a promising biomedical tool. To harness its potential, researchers from the United States and Slovenia have sequenced the first genome of the golden silk orb weaver (N. clavipes), a prolific producer of multiple types of silk, and reported their recent findings in the journal Nature Genetics.

“Unbelievably, I learned there was no complete genome sequence of any...

The researchers were interested in the genes responsible for spidroins, the structural proteins that make up spider silk. Their investigation revealed that the golden silk orb weaver can produce 28 different types of spidroin proteins, including eight previously unidentified ones.

Notably, researchers also uncovered a sole spidroin expressed only in venom glands, which may mean that this spidroin potentially interacts with venom in a symbiotic manner, perhaps as a buffer or preservative, the authors state in their published report. According to the researchers, their genome data “will underlie future efforts to capture the extraordinary properties of spider silks in manmade materials.” 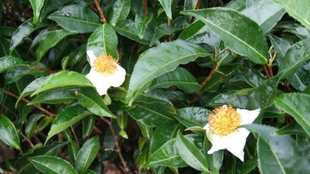 This species of evergreen shrub is responsible for a surprising variety of distinctly flavored teas, including white, black, and green—consumed across numerous cultures for thousands of years. The milieu of metabolites within tea tree leaves, including caffeine and various antioxidants, contributes to their flavor profile and impact on human health. Despite tea’s widespread use, researchers have just recently begun to probe the tea tree genome for clues to the plant’s versatility.

An international team of scientists, led by Li-zhi Gao of the Chinese Academy of Sciences’ Kunming Institute of Botany in China, sequenced the tea tree genome and published the results this month (May 1) in the journal Molecular Plant. The researchers reported an “extraordinarily large genome size,” which proved to be no small feat to sequence. “Our lab has successfully sequenced and assembled more than 20 plant genomes,” Gao said in a statement. “But this genome, the tea tree genome, was tough.”

Gao’s investigation revealed that C. sinensis leaves have a greater number of copies of genes involved in both caffeine and flavonoids, including the flavaoid catechin—an antioxidant that contributes to tea flavoring. The researcher also found that in 25 Camellia species, a greater expression of genes involved in producing caffeine and flavonoids promotes an increase in these metabolites.

These data provide insights as to why this Camellia species is a particularly fitting tea producer, and could be used to increase the flavor diversity of commercial tea to “satisfy and attract more tea drinkers worldwide,” researchers report. 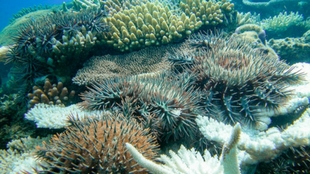 Thorn in the reef

The crown-of-thorns starfish is prone to mass population outbreaks that disturb surrounding ecosystems. By performing a genome analysis of two crown-of-thorns starfish (Acanthaster planci) captured from the wild—one from the Great Barrier Reef in Australia and another from Okinawa, Japan—an international team of scientists sought to better understand how these species communicate with one another as they populate their environment, in the hopes of developing strategies that can stem these outbreaks. The team’s findings were published in Nature last month.

Within each starfish species, individuals communicate with one another through chemical messages, and when many of them accumulate in a given area, they secrete signals that encourage further activity, such as spawning and moving toward other starfish, according to the current and previous reports.

“Despite this distance between the starfish habitats, both starfish secreted identical chemicals, broadening the applicability of the findings across the Indo-Pacific region, where crown-of-thorns starfish are also a coral reef pest,” said Nori Satoh, one of the leading researchers and professor at the Okinawa Institute of Science and Technology, in a press release.

“We also found that different proteins were released by crown-of-thorns starfish that were alarmed by the presence of their main predator, the giant triton,” said coauthor Scott Cummins, an associate professor at the University of the Sunshine Coast, in the statement. This insight could be key for coming up with population control methods. 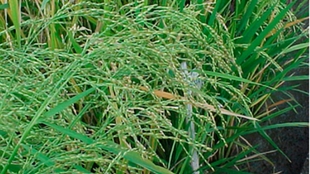 Weedy rice is a problematic plant. Its seeds aren’t palatable, it’s competitive and hard to control, and it impedes cultivated rice crops, threatening food availability. In certain areas of the world, these weeds diminish rice crops to just 10 percent of what they used to produce, said evolutionary biologist Kenneth Olsen of Washington University in St. Louis, in a news release.

Researchers found that these weeds evolved from distinct crops at different times. And, importantly, “changing a crop into a weed doesn’t take many genetic changes and it can occur through different genetic mechanisms,” said Olsen. “We should keep in mind the apparent ease with which these agricultural weeds have repeatedly evolved as we shift toward mechanized production practices that promote their success.” 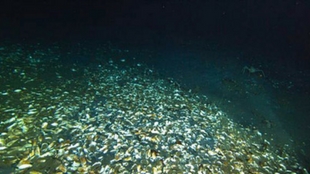 Certain mussel species are highly adept at surviving in hydrothermal vents and methane seeps—dark, toxic environments that are inhospitable to many other organisms. These particular species of mussels have evolved to withstand such extreme conditions, but researchers don’t fully understand why or how they acquired this ability.

A team of scientists in the United States and China sequenced the genomes of two different species of mussel, the deep-sea mussel Bathymodiolus platifrons and the shallow-water mussel Modiolus philippinarum. They published their findings in the journal Nature Ecology last month.

The researchers found that genes involved in key survival functions, such as the removal of cellular toxins, the stabilization of proteins, and the activity of the innate immune system, were expanded in deep-sea mussels.