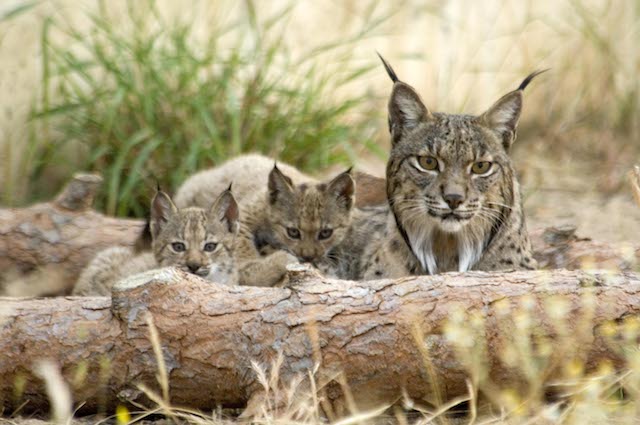 The Iberian lynx is one of the most endangered felines in the world. The latest population decline occurred in the 20th century, when lynx numbers were reduced drastically to around 100 individuals. Conservation efforts over the last decade has brought their numbers up to over 300, but the animals still remain on the brink of extinction.

Although human activity is generally thought to be the primary cause of declining lynx populations, genetic factors can also contribute to species viability. In a study published last month (December 14) in Genome Biology, José Godoy of the Estación Biológica de Doñana in Spain and colleagues analysed the Iberian lynx’s genome, finding that it is among the least-diverse of all mammalian genomes analyzed and contains multiple deleterious variants. Together, these factors may have impeded...

The researchers also identified the potential explanation for the lynx’s eroded genome: a series of population bottlenecks. “The demographic history of the Iberian lynx has been marked by three historic declines, the last of which took place some 300 years ago, decimating its population,” the authors said in a statement. “In addition to this, there was a drastic drop in the number of specimens in the 20th century due to its persecution, the destruction of its habitat, and two major viral epidemics suffered by the rabbit, its main food source.” 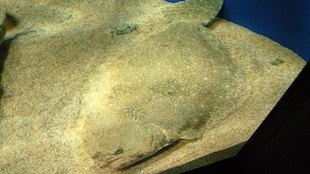 The Japanese flounder starts out symmetrical, but undergoes a metamorphosis in which one eye migrates to the other side of the fish’s skull and its down-facing side loses its color. The causes of these radical changes have largely been a mystery, but scientists have uncovered new clues about the genetic mechanisms behind this transformation, which they described in a study published last month (December 16) in Nature Genetics.

An international team, led by Manfred Schartl of the University of Würzburg in Germany and Songlin Chen at the Yellow Sea Fisheries Research Institute in China, sequenced the genomes of the Japanese founder and its distant relative, the Chinese tongue sole (Cynoglossus semilaevis).

By comparing the sequences, the researchers found that the key driver of the flatfish’s physiological changes is the expression of light-sensing opsins in the eyes and skin. “They sense differences in brightness to adjust the concentration of retinoic acid,” Schartl said in a press release. “This in turn affects the thyroid hormone and promotes asymmetry generation.” 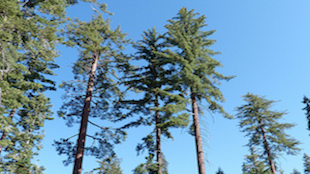 Sugar pines are among the tallest trees in the world, towering over forests at heights of up to 80 meters. They can live for hundreds of years and have massive megagenomes that are 10 times the size of human genomes. Despite their grandeur, these trees have suffered damage from attacks by white pine blister rust (Cronartium ribicola), a fungus that infects many other North American pine trees.

In a pair of studies published in Genetics (October 28) and G3: Genes, Genomes, Genetics (December 1), researchers at the University of Connecticut and the University of California, Davis, analyzed the conifer’s massive genome and transcriptome. Their investigation revealed that 79 percent of the genome is made up of transposable elements.

The researchers also uncovered a candidate gene for C. ribicola resistance, Cr1, which a subset of sugar pines possess. “While major gene resistance to this disease has been discovered in several species . . . the discovery of the underlying genes and of markers serviceable for genetic improvement in reforestation may be greatly accelerated by the genome sequence itself,” the authors wrote in Genetics. 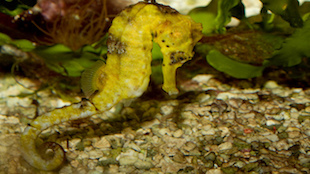 Seahorses are one of the strangest creatures in the sea. Not only do they have toothless snouts and bony plates that cover their bodies, but males, rather than females, give birth to and care for their young. In an effort to determine how these creatures developed their unique traits, a group led by Byrappa Venkatesh, a researcher at the Institute of Molecular and Cell Biology in Singapore, sequenced the tiger tail seahorse genome and compared it to those from the fish’s evolutionary cousins.

In a study published last month (December 15) in Nature, the team presented its analysis, which showed that the seahorse genome is missing genes involved in building enamel (which could be why they have no teeth). Tiger tail seahorses also lack the gene need to grow tailfins. “We have discovered an array of changes in the genome, which helps to explain why the seahorse looks the way it does,” Venkatesh told PBS.

Venkatesh and colleagues also uncovered a set of genes coding for enzymes—astacin metalloproteases—in the seahorses’ brood pouches that may explain why males, rather than females, give birth. Scientists who were not involved in the work cautioned against drawing conclusions too soon. “Most of what they report is a correlation; you can't say for sure that's what causes it,” evolutionary biologist Tony Wilson of Brooklyn College in New York told the Los Angeles Times. 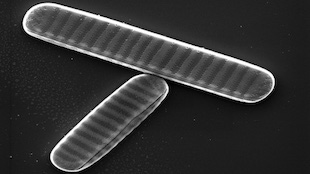 Winters in the Southern Ocean are cold and dark, but the Southern Ocean diatom thrives in the sub-zero temperatures by becoming part of sea ice. When the ice melts in the summer, the phytoplankton are released back into the sea. By conducting the first complete genome analysis of a polar eukaryote, a group of researchers led by Thomas Mock of the University of East Anglia, U.K., discovered what allow these creatures to cope in polar waters. The team’s results were published this week (January 17) in Nature.

The researchers found that around 25 percent of the loci in the species’ genes were divergent alleles, which may be behind the creature’s high adaptability. “These alleles were differentially expressed across important environmental conditions, and we found evidence that those conditions were causing the allelic differentiation,” Mock said in a press release. “As the effective population size of this polar diatom is huge, there is an allele for every occasion, which seems to make this organism extremely adaptable to changing environmental conditions.”