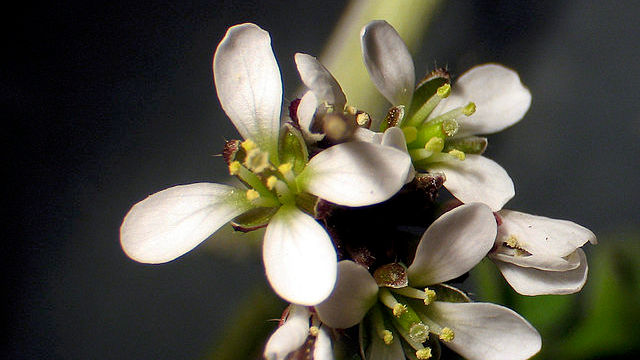 Researchers in Europe have published the first complete genome of Cardamine hirsuta, an unobtrusive herb in the mustard family that is partial to damp soil. Using a comparative approach, in their analysis—published last month (October 31) in Nature Plants—the researchers proposed mechanisms by which gene-by-gene selection generates morphological diversity in the species and related plants.

The team compared the C. hirsuta genome to that of its close relative, Arabidopsis thaliana, looking for genetic differences correlated to morphological differences between the plants—in particular, the difference in the shape of their leaves. 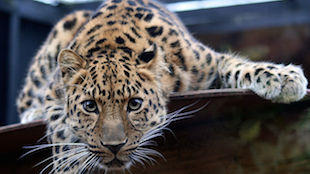 You are what you eat

An international team led by researchers in Korea has sequenced the first genome of the Amur leopard, a critically endangered panther subspecies confined to parts of China and Russia, as part of a larger study comparing the genomes of herbivores, omnivores, and carnivores. The study, published in Genome Biology this month (November 2), examined the genomes of 18 representative mammals, including eight carnivores, of which five are various cats.

Not surprisingly, the researchers observed reductions in gene families for starch and sucrose metabolism among the carnivores’ genomes. The team also identified two genes in carnivores not found in the genomes of omnivores and herbivores, involved in bone development and repair, which the researchers suggestmay have been selected for by the prey-hunting lifestyle of carnivores.

“Carnivory seems to be a strong selection force for genes involved in dietary adaptation—something not as apparent in mammals that are omnivores or herbivores,” coauthor Yunsung Cho of the Ulsan National Institute of Science and Technology said in a press release. “For example, cows could eat meat without it having a major impact on their health, but leopards eating grass would quickly die as they have evolved to survive on meat.” 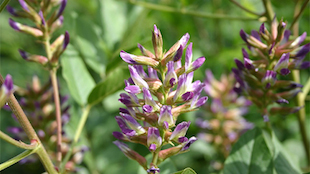 Chinese licorice is not just a close cousin to the plant that gave us licorice candy, but a central ingredient in traditional Chinese medicine. “It is incorporated in approximately 70 percent of the 200 major formulations used in traditional Kampo medicine,” Kazuki Saito of the RIKEN Center for Sustainable Resource Science in Japan said in a press release. “Considering that 90 percent of Japanese physicians prescribe Kampo medicine in their practices, it is easy to see the importance of this plant.”

Saito and colleagues reported the first full genome sequence of the plant last month (October 24) in The Plant Journal. The team discovered that Chinese licorice shares a number of genes with other legume species, and identified some gene families that could be responsible for the compounds that give the plant its medicinal value.

“We hope that our work will make it possible to carry out molecular breeding to create strains that will grow sustainably in Japan, and which produce large concentrations of useful compounds such as glycyrrhizin,” coauthor Keiichi Mochida said in the press release. 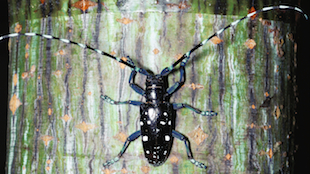 The Asian longhorned beetle has made a name for itself as an invasive, wood-eating pest across the globe. A team of researchers from Baylor College of Medicine and the University of Memphis has sequenced the insect’s genome to find the genes responsible for its appetite. Their results were published in Genome Biology this month (November 11).

Wood is both low in nutrients and challenging to digest, but the beetle’s genome contains an arsenal of genes coding for enzymes uniquely suited to breaking down wood and detoxifying defensive chemicals made by plants. The authors reported that the beetle’s robust feeding abilities allow it to subsist on a wide variety of plant species, which helps explain how the beetle spreads so aggressively.

“Our detailed genomic analysis reveals that the Asian longhorned beetle has more than 1,000 genes that aren’t present in any other arthropod. We identified a total of 86 genes for enzymes called glycoside hydrolases—more than have been found in any other insect,” said coauthor Duane McKenna of the University of Memphis in a press release. 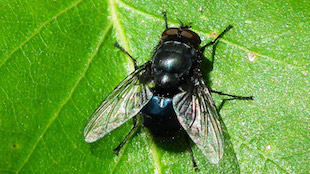 “There is nothing special about black blow flies,” coauthor Christine Picard of Indiana University-Purdue University Indianapolis said in a press release, “but that lack of uniqueness is why scientists are interested in studying them. . . . We are providing a major resource for all of the researchers who are studying other insects that have unusual or dangerous characteristics, such as a species of fly that fatally attacks livestock.”

Blow flies so reliably converge on corpses that forensic investigators sometimes measure a person’s time of death based on the age of blow fly eggs laid in the dead tissue. “I plan to continue working toward a better understanding of black blow fly population variation from location to location,” said Picard, “and show how the variations influence postmortem interval estimates, with the goal of making these important determinations more accurate.”