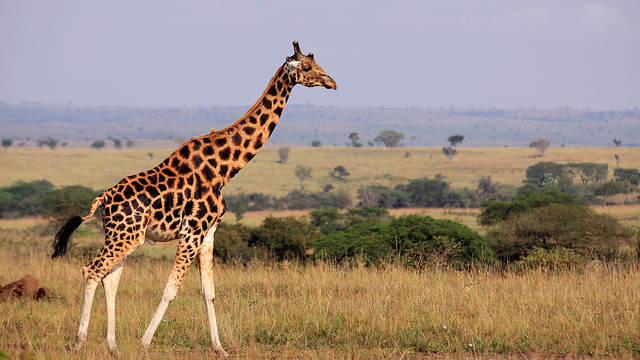 Splitting up the family

Long viewed as a single species, giraffes are in fact four distinct species according to the authors of a new genetic analysis. The genes of these four groups are about as different from each other as those of brown bears and polar bears, evidence that the groups do not interbreed in the wild, according to a press release.

Researchers sequenced and compared seven loci in the genomes of 141 giraffes, publishing their findings in Cell last month (September 26). “We were extremely surprised, because the morphological and coat pattern differences between giraffes are limited,” coauthor Axel Janke of the Senckenberg Biodiversity and Climate Research Centre said in the press release.

Relabeling the world’s tallest mammal is not just semantics. The change would orient conservation efforts toward protecting all four new... 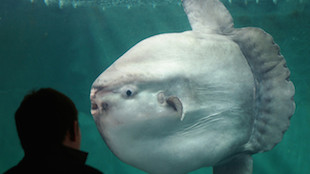 The ocean sunfish is not your average fish. Its massive, paddle-shaped body—up to 2.7 meters and 2.3 tons—is the result of unusually fast growth of nearly 1 kilogram per day. The fish, which can be found in tropical and temperate oceans across the globe, gets around by flapping its protruding fins to generate lift, more like a bird than a fish. A group of researchers decided to find the genes that make this otherworldly creature unique.

In a study published September 9 in GigaScience, Chinese scientists sequenced the sunfish genome and compared it to the DNA of a handful of other fishes. They found roughly 1,000 genes evolving faster in the sunfish than its relatives, among them genes encoding growth hormones and factors involved in cartilage development. The latter could be responsible for the fish’s predominantly cartilaginous skeleton, an anomaly since it evolved from bony fish.

“Vertebrates exhibit a wide diversity in their morphology, physiology, and behavior,” coauthor Byrappa Venkatesh of A*STAR in Singapore said in a statement. “We still have a lot to learn from the ocean sunfish genome assembly.” 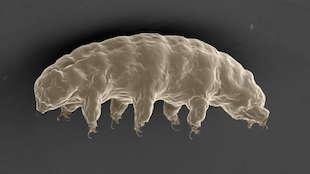 Scientists have subjected tardigrades, also called water bears, to just about every imaginable abuse to find out what these plump, microscopic, eight-legged animals can withstand. Extremes of heat and cold, extended drought, high pressure, and even the brutality of space have all been weathered by different species of tardigrade. In large part, scientists remain miffed as to the molecular mechanisms responsible for these feats of survival.

Researchers in Japan went looking for answers in the tardigrade genome. In a study published last month (September 20) in Nature Communications, they sequenced the genome of an especially hardy tardigrade species and found amplified levels of stress-tolerance genes. They also discovered a gene encoding a protein that adds one more entry in the tardigrade survival handbook: resistance to DNA damage from X-rays.

“Tolerance against X-ray is thought to be a side-product of [the] animal’s adaption to severe dehydration,” study coauthor Takekazu Kunieda of the University of Tokyo told Nature News. When their environment turns inhospitable, tardigrades pull in their legs, shrivel up their bodies, and become near-inert “tuns” until the coast is clear. Hunkering down like this appears to mainly be a way of surviving dry conditions, but also renders tardigrades immune to practically everything else.

“To our knowledge, this is the first identification of a DNA-associating protein which confers DNA protection and improved tolerance to radioactivity in animal cells,” Kunieda told New Scientist. Inserting this protein into human cells induced the same X-ray protection, he added, suggesting “it could be helpful for space flight, radiotherapy, and radiation workers in the far future.” 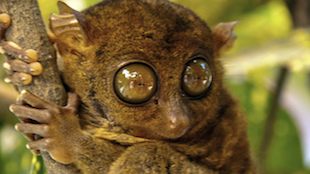 Welcome to the family

Tarsiers, tiny primates with large golden eyes, long fingers, and squat furry bodies, are more closely related to humans than we thought. That’s according to the genome sequence of the Philippine tarsier, published October 6 in Nature Communications. The scientists also uncovered a slew of strange insertions—including an entire mitochondrial genome—in the animal’s DNA.

Previously, scientists debated whether tarsiers belong in the group of primates that includes lemurs or the group that includes monkeys and humans, according to a press release. The new findings place the nocturnal critters firmly on the human and monkey side.

“We sequenced the tarsier not only to determine where they fit in primate evolution, but because their physiology, anatomy, and feeding behavior are very unique,” coauthor Wesley Warren of the Washington University School of Medicine said in the press release. Warren and his colleagues hope to sequence more tarsier genomes in the future to contribute to conservation efforts by quantifying population diversity.

“We think the population size is declining and not rebounding,” Warren continued in the press release. “Most of the decline is due to loss of habitat, but the pet trade also is contributing. Once captured, sadly, the result is often death due to physical and dietary needs not being met. It’s possible that some tarsier species will go extinct if we don’t change these trajectories.” 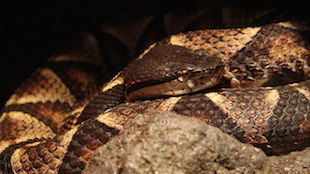 An assembly of a viper genome has turned up evidence for the genetic shifts that accompanied snake evolution, including the loss of all four limbs. Researchers produced a high-coverage sequence of the five-pacer viper (Deinagkistrodon acutus) genome and compared it to genomes of three other snakes, lizards, humans, mice, and other animals. They published their work in Nature Communications this month (October 6).

As might be expected, genes involved in organizing limbs fell away in snakes, while genes associated with venom-production and thermal-sensing were ratcheted up. The genomic comparison supports fossil evidence that snakes lost their fore limbs first before their hind limbs. The investigation also supports the notion that snakes have conserved relatively primitive sex chromosomes, a vestige of ancestors who did not have sex chromosomes at all but determined their sex according to temperature.

In summation, the authors write in their paper, “these results altogether forge a framework for our deep understanding into snakes’ history of molecular evolution.”