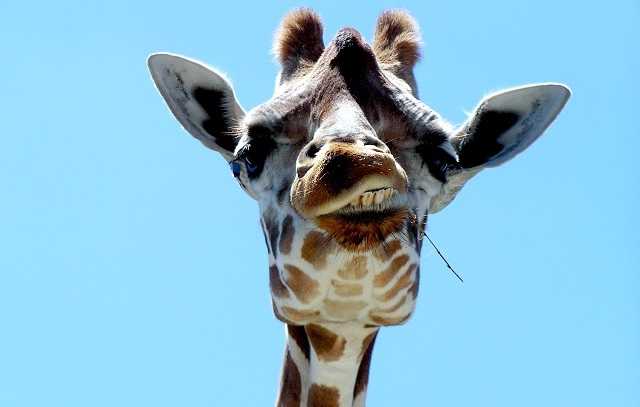 The genomes of the only two extant members of the Giraffidae family—the okapi (Okapi johnstoni) and the giraffe (subspecies Giraffa camelopardalis, tippelskirchi)—have been sequenced for the first time, according to a paper published today (May 17) in Nature Communications. The sequences are likely to help explain the giraffe’s unique look .

“Through comparative analysis with other eutherians mammals, 70 genes were identified that exhibit multiple signs of adaptation in giraffe,” the authors wrote in their paper. “Several of these genes encode well-known regulators of skeletal, cardiovascular and neural development, and are likely to contribute to giraffe’s unique characteristics.”

By aligning the new sequences to known sequences in cattle (Bos taurus), the team of researchers from Tanzania, Kenya, the U.K., and the U.S....

The researchers also linked a number of genes in giraffes to the evolution of a more powerful cardiovascular system to cope with the strain of a longer neck. “Among mammals, giraffe has some of the most challenging physiological and structural problems imposed by its towering height,” the authors wrote in their paper. “The solutions to these challenges, in particular related to its turbocharged circulatory system, may be instructive for treatment of cardiovascular disease and hypertension in humans.” 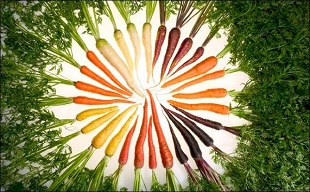 Carrots have been part of humans’ agricultural efforts for more than 1,000 years, but it wasn’t until the 16th century that the vegetables were first depicted as orange. Before that, they were mainly yellow and purple. Now, a high-quality genome sequence, published last week (May 9) in Nature Genetics, may help explain the transition.

“Carrots are an interesting crop to work on because of their wide range of diversity,” study coauthor Phil Simon of the University of Wisconsin told reporters (via Reuters). “They are familiar to everyone, and generally well-regarded by consumers, but like most familiar things, people don’t necessarily know the background stories.”

Scanning through the 32,000 genes in the newly sequenced genome, researchers identified a mutation in a carotenoid gene called DCAR 032551 that provides carrots with both their orange color and their vitamin A content. Although farmers must have selected carrots for this mutation, whether deliberately or inadvertently, Simon told The Toronto Star that it was unclear why they might have done so, since carrots’ orange-ness confers no difference in taste.

Alternative explanations could be that the gene is linked to more obviously beneficial traits, like carrot hardiness or size, for example. But for now, “there’s no good biological reason for carrots to be orange except one,” Simon told The Star, “and it’s that people have been diddling around with carrots for 1,000 years.” 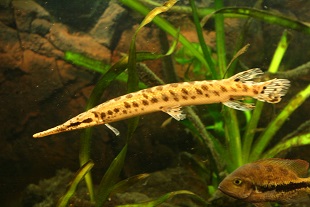 The zebrafish (Danio rerio), a teleost or “bony fish,” has long been used as a model species for research into vertebrate embryonic development and numerous genetic disorders. But medically relevant sequences in humans are often undetectable or difficult to locate in zebrafish due to large numbers of duplicated genes in all bony fish. According to a study published last month (March 7) in Nature Genetics, the newly sequenced genome of another, more primitive fish—the spotted gar (Lepisosteus oculatus)—could provide some assistance.

“Many genes found in humans but not in zebrafish, a favorite for biomedical research, are present in gar, and likewise, genes present in zebrafish but not in humans are also in gar,” study coauthor John Postlethwait of the University of Oregon said in a statement. “This relic of a fish retains ancestral characteristics lost by other fishes or humans.”

The spotted gar diverged from bony fish before a whole genome duplication event around 320 million years ago in the teleost lineage. Since then, the researchers found, the gar has been slowly evolving and contains more in common on some chromosomes with the ancestor of bony vertebrates than zebrafish and other teleosts do, making the gar easier to compare to humans. The new genome assembly may thus aid researchers trying to identify medically relevant sequences in zebrafish.

“Now, if you first compare human to gar, and then gar to zebrafish, then we can make the connections,” said Postlethwait in the statement. “The gar is a bridge.” 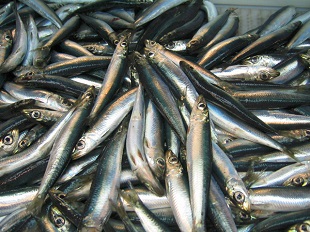 Genome sequencing of two subspecies of the Atlantic herring (Clupea harengus) living in the Atlantic ocean and Baltic sea (subspecies harengus and membras, respectively) has identified more than 500 loci associated with ecological adaptation, and a further 100 linked to the timing of reproduction, according to a study published this month (May 3) in eLife. The findings help explain the membras subspecies’s capacity to thrive in the brackish water of the Baltic Sea.

“The new study reveals that the Atlantic herring is a near ideal model to study genes underlying ecological adaptation,” study coauthor Leif Andersson of Uppsala University, Sweden, said in a statement.

Previous analyses found little genetic variation in herring subspecies and populations from different geographic regions—a surprise given the herring’s unusual capacity to survive and reproduce in water with relatively little salt. But the current study, which used whole-genome sequencing, indicated that loci linked to adaptation had simply been missed by those analyses, and that the herring genome is in fact highly adaptable.

“The herring fishery is the fifth largest fishery in the world,” study coauthor Alvaro Martinez Barrio of the Science for Life Laboratory in Sweden noted in the statement. “The wealth of information on herring population biology that we now reveal can be used to develop more accurate stock assessments and thereby more sustainable [fisheries].” 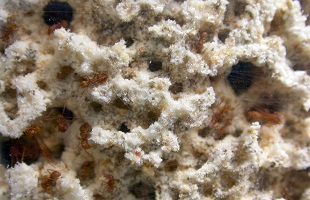 The microparasite Escovopsis weberi is a tiny fungus that can infect and devastate the fungal crops grown by leaf-cutter ants (Atta species). Now researchers in the U.S. and Austria have sequenced the genome of E. weberi and used it to confirm predictions that highly specialized parasites should, over an evolutionary timescale, retain host-specific genes but lose genes related to life in the outside world. The sequence was described in PNAS earlier this year (March 14).

“Despite a reduced genome size and gene content in comparison with less specialized relatives,” the authors wrote in their paper, “the genome of this agricultural pathogen retains genes necessary for production of toxins, a step critical to host attack, and for breaking down nutrients abundant in its host.”

With a genome containing just 6,870 likely protein-coding genes (significantly fewer than its relatives), E. weberi has lost genes associated with degrading plant material, the researchers found. However, it has held onto genes needed for primary metabolism of organic carbon and salt sources, plus enzymes involved in metabolizing specific carbohydrates found in its host.

The researchers also noted in their paper that E. weberi shows specialization to one or a few populations within its host species. “Even within a symbiosis involving a single ant species and its associated fungi, there can be variation in host range, suggesting genotype-by-genotype specificity,” they wrote. “Therefore, the annotation of this first Escovopsis genome provides a starting point to investigate the genomic changes underlying a dynamically evolving host-pathogen system.”

The Atlantic salmon (Salmo salar) is one of more than 70 extant fish making up the ray-finned salmonid lineage, along with several other commercially important species such as trout and chars. The lineage underwent a whole-genome duplication (WGD) around 80 million years ago, and now a new, high-quality genome assembly published in Nature last month (April 18) helps explain changes in the Atlantic salmon genome in the time since.

“The complexity of salmonids stems from the rare WGD which doubles their genes and provides them with a unique opportunity to dramatically expand the interaction of genes and their environment,” study coauthor Ben Koop of the University of Victoria told Fish Information and Services. “This natural experiment has some amazing successes and some interesting unique adaptations.”

Using their sequence, the authors demonstrated that the Atlantic salmon genome has undergone significant rearrangements, and that a surprisingly high proportion of genes appear to have taken on new functions since duplication (“neofunctionalization”). Given the genomic similarity of the Atlantic salmon to other salmonids, the new assembly could act as a reference to assist sequence assemblies in related fish—a principle the researchers demonstrated by improving the rainbow trout’s genome sequence as part of their study.

“The Atlantic salmon’s genome has already enabled a refinement of the rainbow trout genome and is providing a framework for sequencing and assembling the genomes of other salmonids, such as Coho salmon and Arctic char,” study coauthor Willie Davidson of Simon Fraser University, Canada, said in a statement. “The completion of the Atlantic salmon’s genome allows this species to take its place beside domesticated animals (e.g., cattle, sheep, pig, chicken) whose genomes are being used routinely to enhance livestock production.”