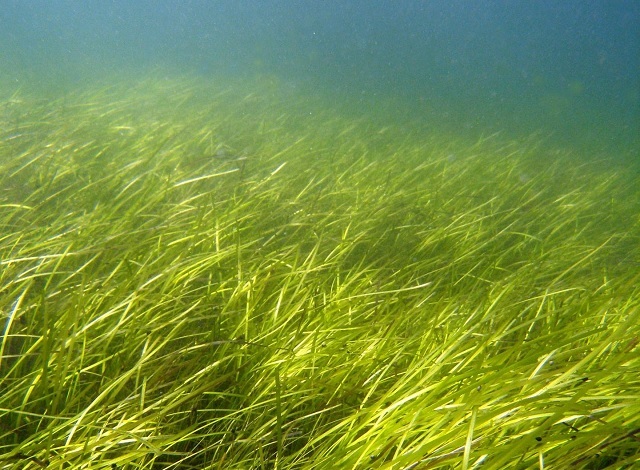 A meadow of seagrass (Z. marina)CHRISTOPHER BOSTROM (VIA EUREKALERT)

Return to the sea

Seagrass, Zostera marina, provides the basis for some of the most biodiverse ecosystems on the planet, growing in meadows that offer habitats for marine animals and protect the coastline from erosion. But seagrass is also evolutionarily unique, in that it is the only flowering plant to have transitioned from land to sea. Now its genome, published last month (January 27) in Nature, is starting to reveal how it made the switch.

“They have re-engineered themselves,” study coauthor Jeanine Olsen of the University of Groningen, the Netherlands, said of the plants in a statement. She added that a suite of genetic adaptations to marine life means that “there’s no way back to land for seagrass.”

“[The sequence] has already revealed a host of unique adaptations,” said Olsen in the statement, adding that “the Zostera marina genome is one of the few from a plant species that is neither a crop nor being developed for biofuel, so there is a lot to learn from it.” 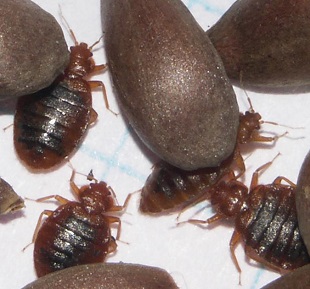 Bedbugs have been living with humans for thousands of years, feeding preferentially on human blood, infesting homes across the planet, and, increasingly, developing resistance to pesticides. But the bedbug’s genome, published earlier this month (February 2) in Nature Communications, could now provide unprecedented insight into the insects’ biology—and new tools to target the pests.

“Before this, people were just feeling their way through in the dark,” study coauthor George Amato of the American Museum of Natural History told the Associated Press. “This genome turns the light on for various areas of other research.”

The researchers built a sequence of the genome from DNA and RNA extracted from preserved and living collections of bedbugs. They found specific genetic components underlying the bugs’ symbiosis with microbes, including more than 1,500 genes associated with 400 species of bacteria, as well as genes coding for anticoagulants—common components of blood-feeders’ saliva.

The researchers also measured microbial diversity in bedbug populations across New York City, from subway stations to public benches. They found that bedbugs in one borough might differ genetically from bedbugs in another, presenting the opportunity to build maps of bedbug migration throughout urban environments.

“Despite their static look, we know that they continue to evolve, mostly in ways that make it harder for humans to dissociate with them,” said Amato in a statement. “This work gives us the genetic basis to explore the bedbug's basic biology and its adaptation to dense human environments.” 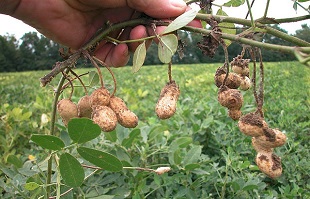 An international team has sequenced the genomes of the two plant species that hybridized to produce the cultivated peanut plant (Arachis hypogaea), according to a study published in Nature Genetics today (February 22).

“As a foundation to investigate peanut’s genome, we sequenced its diploid progenitors A. duranensis and A. ipaensis,” the authors wrote in their paper. “The availability of these genomes will lead to further advances in knowledge of genetic changes since the very recent polyploidization event . . . and to the production of better tools for molecular breeding and crop improvement.”

Archaeological records from Peru establish the earliest known cultivation of plants in the Arachis genus at approximately 7,800 years ago. A. hypogaea—which is now used not only as a food crop but in paints, polishes, soaps, and plastics—appears in the records approximately 3,000 years later.

Using the sequences of the cultivated peanut’s wild relatives, the researchers identified hundreds of candidate pest and disease resistance genes in each species. Surprisingly, the team also found that the A. ipaensis subgenome in A. hypogaea remains nearly identical to the wild A. ipaensis genome—a result the authors wrote may be due to the “extreme genetic bottlenecks and reproductive isolation in both species.” 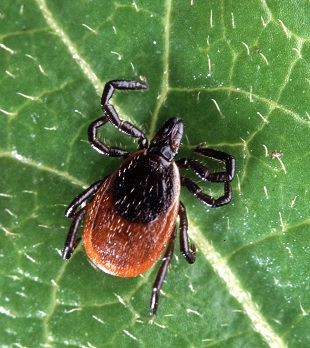 Ticks are responsible for transmitting more pathogens to humans and animals than any other arthropod on the planet. Now, for the first time, the genome of a tick species (Ixodes scapularis) has been sequenced and partially analyzed. The findings were published in Nature Communications earlier this month (February 9).

“Genomic resources for the tick were desperately needed,” study coauthor Catherine Hill of Purdue University said in a statement. “These enable us to look at tick biology in a systems way.”

Ticks harbor a variety of pathogenic microbes, including Borrelia, which the Centers for Disease Control and Prevention estimates causes around 329,000 cases of Lyme disease in the U.S. each year. The newly sequenced tick genome, produced after a decade of work by a team of nearly 100 researchers, presents scientists with the opportunity to study the genes and proteins that make these arachnids such successful vectors of disease.

The sequence also offers unprecedented insights into the genetic adaptations underlying a tick’s parasitic lifestyle, from the synthesis of antimicrobials, pain inhibitors, and anticoagulants present in its saliva, to its impressive ability to grow new cuticle, which enables rapid body expansion during feeding.

“The genome provides a foundation for a whole new era in tick research,” Hill said in the statement. “Now that we’ve cracked the tick’s code, we can begin to design strategies to control ticks, to understand how they transmit disease, and to interfere with that process.”