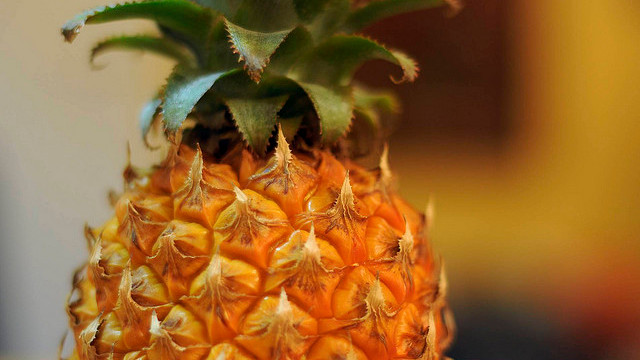 Pineapple is one of the world’s most successful tropical crops, grown in more than 80 countries. Researchers sequenced the genomes of two cultivated varieties and the fruit’s wild relative to explore its lineage and photosynthetic pathway. The international team published its results earlier this month (November 2) in Nature Genetics.

Unlike most plants, pineapples use crassulacean acid metabolism (CAM) photosynthesis, which allows them to concentrate carbon dioxide at night and keep their stomata closed to conserve water during the day. The newly sequenced genomes revealed relationships between the genes for CAM photosynthesis and those for the pineapple’s circadian clock. “This is the first time scientists have found a link between regulatory elements of CAM photosynthesis genes and circadian clock regulation,” study coauthor Ray Ming...

The researchers proposed that the pineapple’s CAM photosynthesis likely evolved by hijacking parts of molecular pathways involved in more common types of photosynthesis. “All plants contain the necessary genes for CAM photosynthesis, and the evolution of CAM simply requires rerouting of pre-existing pathways,” the authors concluded in their report. 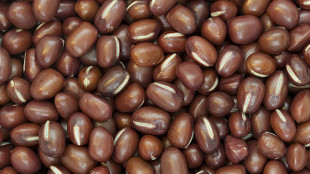 The adzuki bean contains more starch and less fat than other legumes do. To investigate the genetic basis for these differences, a team of researchers from China and India sequenced the genome of a Chinese adzuki bean cultivar. Their results, reported in PNAS last month (October 12), provide a basis for comparative genomic studies of other legumes.

“Generally, our results valuably reinforce the legume species genomes, provide insight into evolution and metabolic differences of legumes, and will accelerate studying of genetics and genomics for adzuki bean improvement,” the authors wrote in their paper. 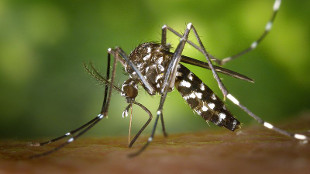 Over time, the Asian tiger mosquito has invaded and thrived on every continent except Antarctica. It carries diseases such as dengue and Chikungunya fever. Seeking explanations for the insect’s adaptive nature, an international team led by researchers from the University of California, Irvine, published a draft genome for the Asian tiger mosquito last month (October 19) in PNAS.

The Asian tiger mosquito’s genome is the largest of any mosquito sequenced to date, mostly due to its high levels of repetitive DNA, according to the authors. “The genome size may account in part for why this mosquito is successful as an invasive species,” they wrote in their paper, explaining that a large bank of noncoding and coding DNA could allow an Asian tiger mosquito population to survive selection pressures and adapt in novel environments.

The team detected large numbers of genes involved in insecticide resistance and the sense of smell. The researchers also found viral genes integrated into the mosquito’s genome, which supports a shared evolutionary history between the insect and these mosquito-borne viruses, they noted. 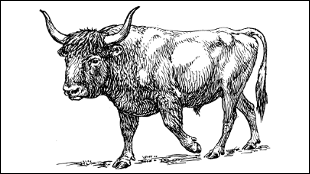 Now extinct, the aurochs once roamed Europe, Asia, and North America, giving rise to today’s domestic cows. The last known aurochs died in Poland in 1627. But researchers have now extracted DNA from a 6,750-year-old skeleton and reconstructed an aurochs genome to investigate the history of European cattle. The group’s analysis was published last month (October 26) in Genome Biology.

The researchers compared the aurochs genome to those of modern cows, finding evidence of selection pressure on genes linked to neurobiology and muscle development, suggesting that early farmers domesticated the animals based on some behavioral and meat traits. The team also detected early interbreeding between the aurochs and domestic cows from Great Britain and Ireland.

“Our results show the ancestors of modern British and Irish breeds share more genetic similarities with this ancient specimen than other European cattle,” said coauthor David MacHugh from University College Dublin in a press release. “This suggests that early British farmers may have restocked their domesticated herds with wild aurochs.” 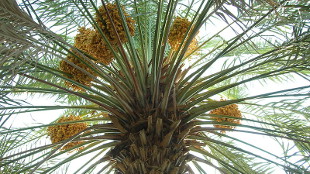 The date palm serves as a significant crop in regions of the Middle East and North Africa. As part of a gene-sequencing project at New York University Abu Dhabi (NYUAD), an international team sequenced the genomes and catalogued molecular variations from 62 different date palm varieties to examine their histories and traits. The team published its results earlier this month (November 9) in Nature Communications.

The team discovered 56 genomic regions that were associated with selective pressures and pinpointed a genetic mutation governing fruit coloration (the date palm produces either red or yellow fruits). The tree shares this mutation with the oil palm (Elaeis guineensis), a distant cousin separated by roughly 60 million years.

The information “yields candidate mutations that present new opportunities for crop improvement,” the authors write in their report.

“We hope that some of these genomic technologies will allow people to think of creating ways to accelerate breeding processes in date palms that can be useful for the future,” study coauthor Michael Purugganan of NYUAD told Nature Middle East.

Corrections (March 2, 2016): The genome sizes of Vigna angularis and Aedes albopictus have been corrected. The Scientist regrets the errors.