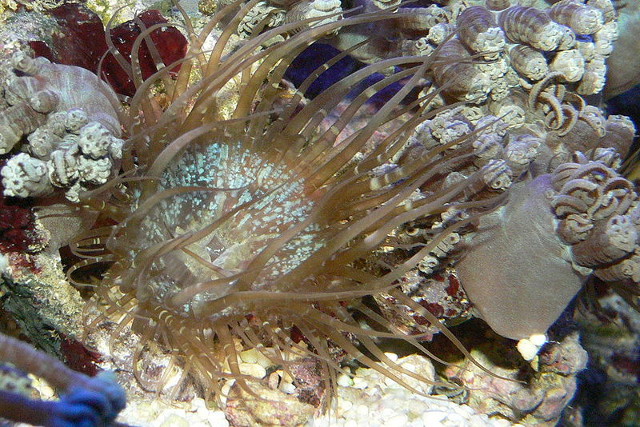 In the quest to develop a model system to study symbiotic corals under stress, an international team led by scientists at Saudi Arabia’s King Abdullah University of Science and Technology sequenced the genome of the sea anemone Aiptasia to provide a foundation for future research. The team’s results were published online last month (August 31) in PNAS.

Some Aiptasia species are viewed as pests by coral reef aquarium keepers, but for scientists, the anemones’ hardy nature and fast growth rate make them easy to keep in a lab for study. Aiptasia is a globally distributed sea anemone that, like coral, typically contains symbiotic photosynthetic algae.

In its genome, the researchers discovered genes related to the anemone’s dependence on algae, as well as a gene family that functions as part of... 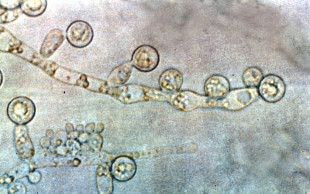 Candida auris, a yeast first reported after being found in the ear of a Japanese patient in 2009, can cause a deadly bloodstream infection. To better understand its basic biology, researchers isolated the pathogen from samples obtained from Manipal Hospital in Bengaluru, India, and sequenced the yeast’s genome. The results were published this month in BMC Genomics (September 7).

According to the study’s authors, C. auris infections are often misidentified, pointing to a need for more accurate molecular diagnostics. Multidrug-resistant strains are also common in hospitals. “We expect the genome sequence to be a useful resource to map species specific differences that will help develop accurate diagnostic markers and better drug targets,” wrote Sharanya Chatterjee of the Indian Institute of Science and her colleagues in the report.

More than 99 percent of the C. auris genome did not align with draft genomes of other Candida yeasts. However, C. auris does share virulence-associated attributes with other members of the genus, particularly in genes expressed in its cell wall—which help the pathogen defend against the host’s immune response. Chatterjee’s team also discovered a large number of transcription factors that may help explain C. auris’s antifungal drug tolerance. 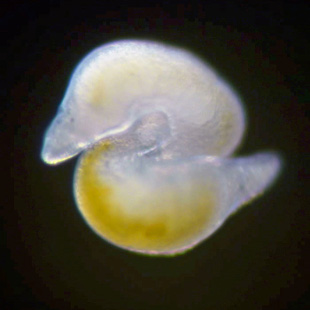 The flatworm Macrostomum lignano is able to regenerate nearly its entire body after an injury. Searching for the mechanisms behind this capability, researchers characterized its genome for the first time in a study published in PNAS last week (September 21).

“This and other regenerating flatworms have the same kind of pathway operating in stem cells that is responsible for their remarkable regenerative capabilities,” study coauthor Gregory Hannon of Cold Spring Harbor Laboratory (CSHL) in New York, said in a statement. “As we started to try to understand the biology of these stem cells, it very quickly became clear that we needed information about the genetic content of these organisms.”

The researchers discovered that 75 percent of the flatworm’s complex genome is composed of repetitive elements. Like other flatworm species, M. lignano is also missing transcription factors key to pluripotent cells in other animals. Despite this, M. lignano possesses similar stem cell maintenance pathways to those found in mammals.

The researchers were able to use the genetic information to study how gene expression changed during regeneration. “It’s a very powerful tool to be able to see the genes that get activated that are responsible for regeneration of the animal,” study coauthor Michael Schatz of CSHL said in the statement. “We think this is going to be a very important species for stem cell research.” 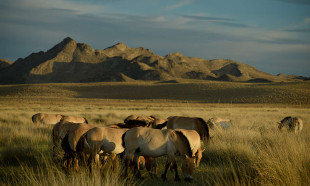 By the 1960s, humans had reduced the world’s last true wild horses, Przewalski’s horses (Equus ferus przewalskii), to a single captive population. These horses were a mix descended from a dozen wild-caught equines and a handful of domesticated horses. As a result of conservations efforts, Przewalski’s horses today number in the thousands again, and researchers from the University of Copenhagen, Denmark, and their colleagues have sequenced 11 of their genomes to probe the connections between Przewalski’s horses and the modern domestic horse. Their results were published last week (September 24) in Current Biology.

The international team included museum specimens of Przewalski’s horses in their genome-sequencing effort to paint a more-complete historical picture. The researchers’ results showed that Przewalski’s and domesticated horse populations have continued to mix for large parts of their history, even after diverging from each other about 45,000 years ago.

The horse groups differed in genes governing a variety of physiological processes, including metabolism, reproduction, and muscle contraction. The effects of captive inbreeding were apparent in the Przewalski’s horses’ genomes in reduced genetic variation and greater numbers of domestic horse alleles, the authors noted in their report. 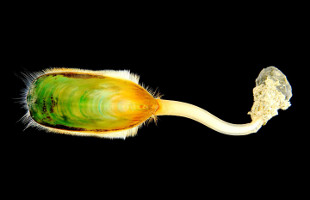 OKINAWA INSTITUTE OF SCIENCE AND TECHNOLOGY

Today’s linguid brachiopods closely resemble their 400-million-year-old cousins in the fossil record. To determine just how ancient their genomes might be, a team led by investigators at Okinawa Institute of Science and Technology Graduate University in Japan and their colleagues decoded the first linguid brachiopod genome from a species called Lingula anatina. The results were published this month (September 18) in Nature Communications.

The team’s genomic analysis revealed that brachiopods are close relatives of the molluscs—which they superficially resemble, though the development of the brachiopod embryo follows patterns more similar to those in other phyla. In spite of L. anatina’s resemblance to its fossilized ancestors, the authors also determined that the animal has been evolving rapidly over time based on both its genome and the range of chemical diversity in its shells. L. anatina genes associated with basic metabolic functions showed slower rates of evolution, the researchers reported.

While the L. anatina shell consists of calcium phosphate and collagen (the same compounds found in vertebrate bone formation), the researchers noted that the brachiopod lacks the genes associated with production of these compounds in vertebrates. Thus, the process of forming hard tissue in both animal groups likely evolved independently, according to the authors.

“This is one step toward untangling the mysteries of animal evolution. The study highlights the fact that various animals have taken evolutionary paths independently from one another,” study coauthor Noriyuki Satoh of the Okinawa Institute said in a press release.