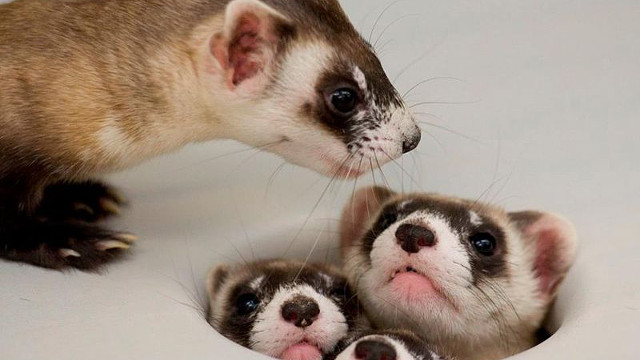 Ferrets last made biomedical headlines in the furor surrounding two papers reporting lab-engineered H5N1 flu strains transmissible between the mammals (See “Deliberating over Danger,” The Scientist, April 2012). Now, the quest to understand mammalian respiratory diseases has made a less-controversial leap forward with the recent publication of the first full ferret genome in Nature Biotechnology this November.

Originally domesticated from the European polecat to aid humans in their hunt for burrow-dwelling animals, the ferret has since become popular not only as a household pet but also as an animal model, as it is situated between humans and rodents on the evolutionary tree. “This makes the ferret an important genomic reference point for researchers to compare their results between mice and humans,” US National Institutes of Health...

While mice are often the animal model of choice, ferrets are preferred for the study of respiratory illnesses—such as influenza and cystic fibrosis—because of their similarity to humans in terms of lung physiology and flu receptors. The researchers, led by investigators at the University of Washington, also analyzed transcriptomes from a ferret model of cystic fibrosis. “Our transcriptomic analyses . . . illustrate how the availability of the ferret genome sequence can enhance the sophistication of ferret respiratory-disease models,” the authors wrote in their paper. 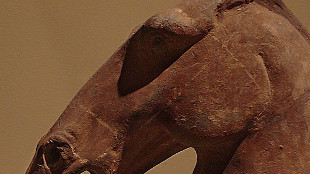 Scientists usually examine the genetics of domestication by comparing the genomes of domestic breeds to wild animals of the same variety, but the only remaining wild horses, Przewalski’s horse (Equus ferus przewalskii), are but distantly related to stable stallions. By sequencing DNA from two ancient horse bones preserved in Arctic Russian permafrost, a team led by researchers from the University of Copenhagen found the first hints of how humans may have shaped the modern horse genome. The results were published in PNAS last month (December 15).

The horse bones, one from a mare and one from a stallion, dated to the late Pleistocene, several millennia before the domestication of horses—approximately 5,500 years ago. The scientists compared more than 4 billion single nucleotide polymorphisms from each ancient sample to those from modern breeds and the wild Przewalski’s. They found that the ancient horses shared more genetic similarities with domesticated horses than the surviving wild species, suggesting these horses might be the ancestors of the modern horse breeds in the study.

Two groups of genes—one related to physiological traits and the other, behavioral—seem to have been altered the most during the course of domestication. The physiology-associated genetic changes involved enhancements in balance, motion, muscles, and the cardiac system, while the behavioral-associated changes are largely implicated in brain development and might have led to improvements in learning and social interaction.

“Our results showcase how ancient genomes can reveal the genetic background in which domestication took place, thereby illuminating the molecular changes underlying domestication processes,” the authors wrote in their paper. 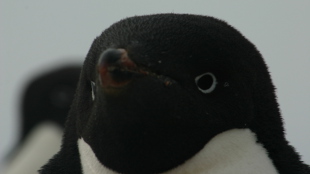 Researchers are one step closer to figuring out how penguins evolved stubby wings and chubby bodies, among other physiological alterations that enable them to live in frigid Antarctic waters, thanks to the genomes of two species of penguin published last month (December 12) in GigaScience.

The genomes of the Adélie and emperor penguins are part of a collection of bird genomes, the Avian Phylogenomics Project, which allowed a team led by investigators at BGI in Shenzhen, China, to compare the penguin genes to those of their cousins in warmer climes. Among the notable differences they found were 13 penguin genes encoding for beta-keratin proteins, the main component of feathers. These help create penguins’ distinctive densely-packed wings that keep heat in and water out.

Other clues to penguin morphology came from comparisons to the human genome. Of the 17 genes identified involved in determining forelimb shape, one has a human homolog that, when mutated, causes shortened limbs and ribs, and one of the penguin’s skin genes is related to a human gene, DSG1, that results in thickened skin on the palms of hands and soles of feet.

The differences between the two penguin genomes were as illuminating as their similarities. Adélies and emperors differed in their approach to fat storage, with Adélies harboring eight genes for lipid metabolism whereas emperor penguins have only three.

“By sequencing the genomes of two penguin species we have been able to compare many of the genes that are responsible for these different abilities to do the same thing—namely to survive and breed in Antarctica,” study coauthor David Lambert of Griffith University in Australia said in a statement. 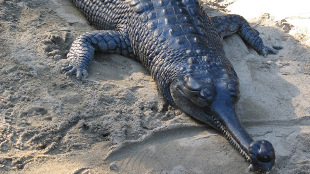 Last month (December 12) in Science, a team of researchers reported the genomes of three crocodilians and reconstructed part of the genome of their archosaur ancestor.

Living crocodilians belong to three groups: alligators, crocodiles, and gharials—Indian reptiles with long, pointy snouts.  To understand how modern crocodilians evolved from ancient archosaurs, the related group of creatures that includes birds and all extinct dinosaurs, a team led by investigators at the University of California, Santa Cruz, sequenced the genomes of one representative from each of these groups: the  American alligator, the saltwater crocodile, and the true gharial. The genomes of the three crocodilians were 93 percent similar to one another, roughly equivalent to the genetic difference between humans and macaques. The researchers found that the rate of evolutionary change among the three species was low—similar to what had previously been shown in turtles, but much slower than birds. “The best explanation for this is that the ancestor of all three was a slow evolver, which in turn suggests that rapid evolution is something that evolved independently in birds,” study coauthor David Ray of Texas Tech University said in a statement.

Finally, the scientists extended their analysis by comparing the new crocodilian genomes to those of previously sequenced birds. Together, these genomes provided enough information to infer 584 million base pairs of a common ancestor archosaur genome. “Not much is known about the biology of an archosaur,” added Ray. “But we may hope to learn a lot about it by reconstructing its genome from the living genomes of its living descendants, the crocs and birds.” 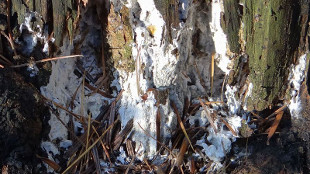 Fresh-cut pine trees fend off all but the heartiest fungal invaders with acidic resins. The white-rot basidiomycetes are hardy, however, and are among the first fungi to colonize fresh-cut wood. From the sequenced genome of one species, reported last month (December 4) in PLOS Genetics, researchers from the University of Tokyo and their colleagues teased out some of the genes that help the fungi digest their woody meals.

In addition to the full genome, the research team also studied the fungus’s transcriptome and secreted proteins when grown on either fresh-cut or pre-extracted pine wood lacking the off-putting resins. While the hydrolase and lignin degradation genes that break down the trees’ cell walls showed no difference in expression between the two environments, a number of genes thought to help the fungus detoxify the resins were upregulated as it munched on fresh-cut wood.

Much remains to be discovered in the annotated genome, transcriptome, and secretome, since 51 of the 92 genes upregulated on fresh pine had no known functional homologs in genetic databases. Finding out more about how Phlebiopsis gigantea wards off toxins could be of great interest to foresters, since the fungus has been used in the past to fight off a more pernicious invader, annosum root rot (Heterobasidion spp.). In the meantime, this preliminary analysis could “provide a framework for developing effective wood protection strategies, improving biocontrol agents, and identifying useful enzymes,” the authors wrote in their paper.