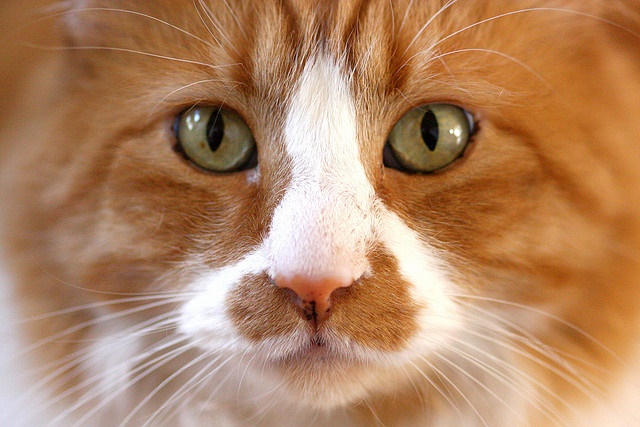 Kitty can has genome?

Domestic cats can develop diseases like leukemia and feline immunodeficiency virus . To better understand these diseases, an international team of researchers sequenced and annotated the genomes of three domestic cats. The results, published this month (August 5) in GigaScience, include a new feline genome browser, Genome Annotation Resource Fields (GARfield), which encompasses methylation patterns in cat blood cells and more than 21,000 annotated genomic features.

The analysis suggests a “highly conserved ancestral mammal genome organization,” and offers data to “connect the rich veterinary and natural history of cats to genome discovery,” the authors wrote in their paper. 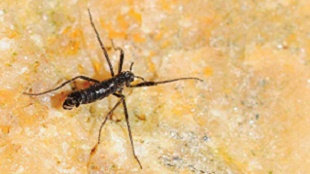 The sequence of Antarctica’s only native entirely terrestrial animal reveals how living in extreme environments can constrain genomic architecture, according to a study published this month (August 12) in Nature Communications.

The flightless midge’s genome—the smallest insect genome sequenced to date—comprises a mere 99 million base pairs. Small as it is, the Antarctic midge genome includes approximately 13,500 functional genes; its reduced size appears to be a result of shorter introns, sparser repeat sequences, and very few transposable elements.

“It will be interesting to know if other extremophiles—ticks, mites, and other organisms that live in Antarctica—also have really small genomes, or if this is unique to the midge,” study coauthor David Denlinger of Ohio State University said in a press release.

“This is the first insect extremophile to be sequenced, which means it is a fantastic foundation for future comparative studies,” coauthor Joanna Kelley of Washington State University in Pullman told BBC Nature. “Previous work has suggested that small effective population sizes should lead to larger genomes, which is the opposite of what we see in the midge.” 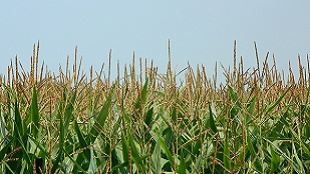 A team from Shanghai Jiao Tong University in China has sequenced the genome of a fungus that has been responsible for significant losses of maize crops in China in an effort to better understand its virulence. The work was published in BMC Genomics last month (July 24).

The C. lunata CX-3 sequence encodes more than 11,000 protein-coding genes, and contains several unique genomic islands which may play key roles in virulence, according to the authors. The genome also includes more transposase elements than either B. maydis or the m118 strain.

Comparing the transcriptomes of the three species, the researchers found differences in expression of secondary metabolic pathways and detoxification-linked genes; CX-3 expressed several genes crucial for fungal survival in stressful environments. Overall, this comparative analysis “will contribute to better understanding of what is required to develop flexible strategies to control the pathogen infection,” the authors wrote in their paper. 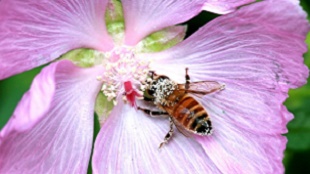 Researchers have sequenced 140 honeybees spanning 14 global populations in an attempt to understand the insect’s evolutionary history. An analysis of 8.3 million single nucleotide polymorphisms (SNPs) revealed the bees’ genetic adaptations to pathogens and climate change. The results were published this week (August 24) in Nature Genetics.

Contrary to previous studies that suggested an African origin for honeybees, this latest study hinted at an Asian origin for Apis mellifera. The authors, led by Matthew Webster of Uppsala University in Sweden, found that bee population sizes have fluctuated significantly in the past, perhaps as a result of climatic changes.

Human beekeeping, the researchers found, appears to have increased genetic diversity among domestic honeybees compared to ancestral populations in the wild. “The findings may also indicate that high levels of inbreeding are not a major cause of global colony losses,” Webster said in a press release.

The work also found that African and European honeybees differed in genes involved in disease resistance as well as sperm motility and development; the latter led the team to suggest that sperm competition may have been a major factor driving bee evolution. The results “establish a framework for investigating the biological mechanisms behind disease resistance and adaptation to climate, knowledge that could be vital for protecting honeybees in a rapidly changing world,” said Webster. 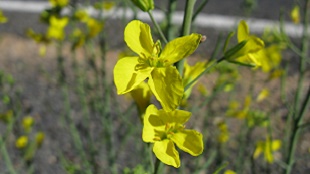 Agricultural selection has shaped the genome of the canola oilseed plant, increasing the expression of genes linked to oil production and causing the loss of those behind the production of glucosinolates—compounds that are toxic in animal feed—according to a study published last month (July 29) in Science.

Like many domesticated plants, Brassica napus is an allopolyploid, formed when chromosomes from Asian cabbage (B. rapa) and Mediterranean cabbage (B. oleracea) merged. People began cultivating the plant more than 7,000 years ago, primarily as a source of oil and food. With time, other species emerged from cabbage—including rutabaga and kale.

Boulos Chalhoub of the National Institute of Agronomic Research in France and his colleagues produced a draft genome of B. napus, finding within it several regions where a gene from one of its two cabbage ancestors had been converted to the form found in the other ancestral variety. Humans may have sped selection for some of these characteristics in attempts to improve crops, the authors suggested.

“Understanding the genomes of B. rapa and B. oleracea was key to piecing together the canola genome,” study coauthor Andrew Paterson of the University of Georgia said in a press release. “It's like a genetic love triangle between the three species, with canola sometimes favoring genes from B. rapa or B. oleracea or sometimes both.”

Understanding these events and how the species has evolved could “contribute to sustainable increases in oilseed crop production to meet growing demands for both edible and biofuel oils,” the authors wrote in their paper.