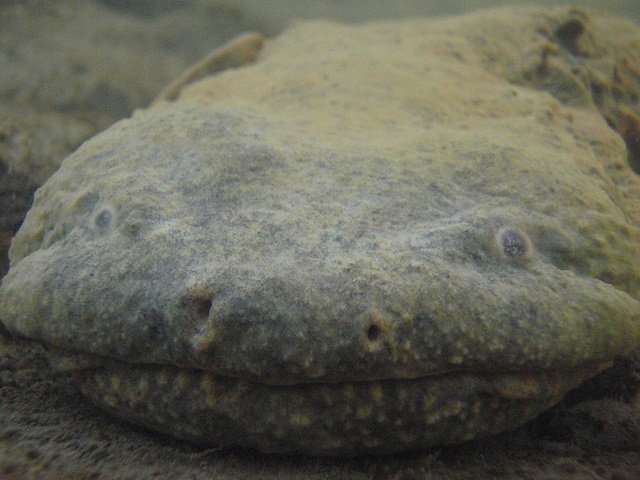 The largest salamanders are only a few feet long, but their genomes, which range from 14 billion to 120 billion base pairs, outsize those of all birds, mammals, reptiles, and frogs. This genomic gigantism likely stems from a disproportionate expansion of repetitive DNA sequences, according to research published last month (June 23) in Genome Biology and Evolution.

Previous studies have correlated salamanders’ colossal genomes with changes to their skeletal and circulatory systems, reduced neural complexity and lower rates of cell division and differentiation. Biologists Cheng Sun and Rachel Lockridge Mueller of Colorado State University sequenced the hellbender salamander genome and compared it to that of six other distantly related salamander species. They found that all seven salamander genomes accumulated many more long terminal repeat (LTR) retrotransposons than other vertebrates, and... 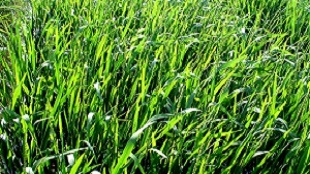 A global team reported the genome sequence of African rice, a different species from the more familiar Asian variety this week (July 27) in Nature Genetics. The researchers compared the genome of African rice to that of Asian rice (Oryza sativa), finding that the two species, which were domesticated independent of one another in different geographies and cultures, carry a common set of genes.

The results suggested to the team that ancient African and Asian farmers unknowingly selected for mutations in three orthologous genes linked to reduced grain shattering. Population genomic analyses of several strains of African rice also revealed that this species, O. glabberima, was domesticated in a single central region, likely in the inner delta of the upper Niger River. The sequence also revealed traits such as a high tolerance for drought and soil acidity, as well as for withstanding weed competition. The publication of this genome and associated data sets “enables an unprecedented opportunity for the identification and utilization of adaptive traits that are important for rice agriculture, especially in West Africa,” the authors wrote in their paper. 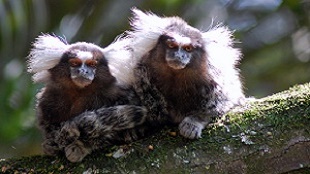 Members of the Marmoset Genome Sequencing and Analysis Consortium reported the genome sequence of the common marmoset in Nature Genetics last week (July 20). This first genome of a New World monkey revealed the genetic basis for some of the animal’s distinctive traits, including its tiny size and propensity to bear twins.

Sequencing this genome revealed to the researchers five genes involved in growth hormone-like activity, plus eight respiratory complex genes that affect metabolic rates and body temperature; these adaptations have likely contributed to the marmoset’s petite stature. The marmoset genome also contains a number of changes in microRNAs and the mRNAs they regulate. The researchers identified three genes involved in ovulation—one in particular, WFIKKN1, could contribute to the high rate of twinning, the researchers wrote. Unlike humans, marmosets consistently produce twins naturally. Offspring share their placental blood supply, and after birth, each twin is a genetic chimera, carrying stem cells from the other. Though chimerism leads to medical problems in other species, marmosets suffer no ill effects. “The translational implications of this work to pregnancy and reproductive medicine are significant,” study author Kjersti Aagaard of Baylor College of Medicine in Houston, Texas, said in a statement. 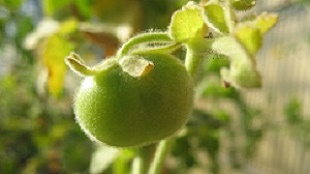 The genome sequence of a wild tomato species native to the Andean regions of South America (Solanum pennellii) has revealed candidate genes responsible for the fruit’s extreme stress tolerance and unusual morphology. The tomato, published this week (July 27) in Nature Genetics, is the second such fruit sequenced thus far.

Although S. pennellii is inedible, it has been crossed with the cultivated tomato variety S. lycopersicum to improve yield, chemical composition, morphology, and stress tolerance.  Researchers led by Björn Usadel of Aachen University in Germany identified approximately 100 candidate genes that contribute to high stress tolerance in this wild tomato species, as well as key regulatory genes involved in fruit maturation. Comparing leaf cuticular waxes in wild and cultivated tomatoes, the researchers found that the wild varieties had three times as many waxes, primarily very long-chain alkanes, which have previously been proposed to increase resistance to water loss. “Domestication has selected against anti-nutrients and bitter-tasting flavors in S. lycopersicum, but has also inadvertently led to poorer tasting tomatoes,” the authors wrote in their paper. Understanding the wild tomato genes that may be involved in the biosynthesis of flavonoids and vitamins could “facilitate the breeding of better tasting and more nutritious fruit,” they added. 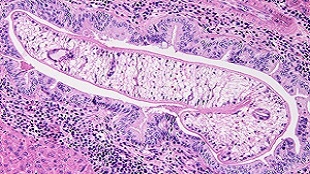 Sequencing the genome of the parasitic Asian liver fluke, which can cause hepatic disease and malignant biliary cancer, has revealed some secrets of this parasite’s survival in the bile duct. The results, published last month (June 9) in Nature Communications, could help scientists design new interventions to treat these diseases, which afflict millions of people worldwide.

A team of researchers from the National University of Singapore, the University of Melbourne and BGI Shenzhen analyzed the genome and transcriptome of O. viverrini and found it had approximately 16,379 protein coding-genes. A computational analysis identified a “secretome” of 437 secreted or excreted proteins, which included several peptidases, heat shock proteins and venom allergen-like proteins. The transcriptome also revealed a suite of protective enzymes and high levels of fluke hemoglobin, which help the parasite survive in the hypoxic bile duct environment. Other proteins identified are likely to have key roles in pathogenesis and chemotaxis-mediated migration to the bile duct. The work is “the first global insight into the biology of O. viverrini,” the authors wrote in their paper. These molecular data could help scientists elucidate the cancer-causing potential of O. viverrini infections, and understand why the fluke is so pervasive in its human hosts. 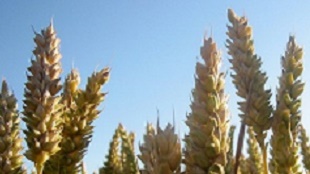 A draft of the bread wheat genome, accompanied by the full sequence of one chromosome, now extends the known genome sequence of the crop from 5 percent to approximately one-half. The sequences and additional analyses, published in Science this month (July 18), provide insights into the plant’s history and evolution, and highlights genes involved in grain development.

Crop genetics have been key to improving yields and stress tolerance in cultivated varieties. “It’s always boggled my mind how ridiculous it is to not have [a complete genome] for wheat, so this is great news,” Jan Leach of Colorado State University, who was not involved in the study, told The Washington Post. The sequencing project, led by The International Wheat Genome Sequencing Consortium (IWGSC), revealed that hexaploid bread wheat is highly similar to its diploid and tetraploid wheat relatives, suggesting that post-polyploidy gene loss was limited. Comparing these wheat species, the researchers unearthed dynamic gene gains, losses, and duplications after the varieties had diverged. These data “provide a springboard for faster gene isolation, rapid genetic marker development, and precise breeding to meet the needs of increasing food demand worldwide,” the authors wrote in their paper. “With the draft gene sequence for each of the bread wheat chromosome and the first reference sequence of chromosome 3B, we have reached a great milestone in our roadmap,” Catherine Feuillet, IWGSC cochair, said in a statement. “We know now the way forward to obtain a reference sequence for the 20 remaining chromosomes.”