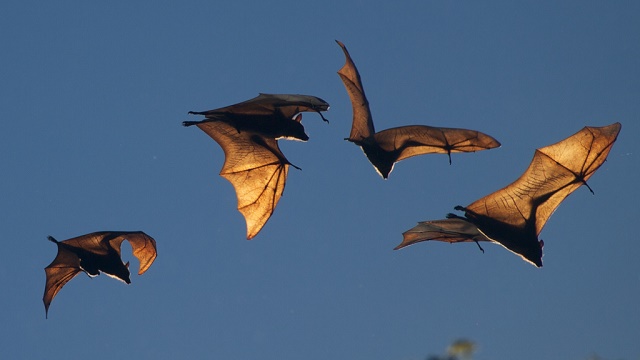 A team led by investigators at Japan’s Hokkaido University has reported the genome sequence of a novel virus that infects several species of Indonesian bats. The work, published in the Journal of Virology this month (June 18), is the first complete sequence of a bat-derived alphaherpesvirus, called FBAHV1.

Bat-borne viruses can cause zoonotic infections in humans and other animals. Although alphaherpesviruses are known to occur in humans, little is known about their distribution in bats. FBAHV1, a previously unknown double-stranded DNA virus, was found to infect wild bats with no obvious symptoms, such as liver damage or pneumonia. But FBAHV1 caused lethal lung, liver, and brain infections in laboratory mice. While natural infection of fruit bats with this virus may be harmless, “further studies are... 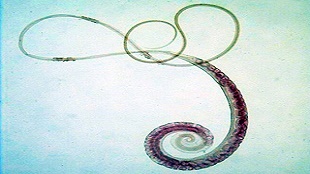 The genome sequences of three species of whipworm that infect humans, mice, and pigs could inform better treatments for whipworm infections and inflammatory bowel disease (IBD), according to two independent studies published in Nature this month (June 15).

Whipworms tunnel through intestinal epithelial cells to cause trichuriasis, an infection that causes abdominal pain, diarrhea, and anemia. Research led by investigators from the Wellcome Trust Sanger Institute sequenced the species that infect humans and mice. Analyzing RNA sequence data from infected mice, the team elucidated the cellular immune response to these parasites, identified sex-chromosome-specific parasite genes, and several novel genes that could serve as potential drug targets. Although nearly 1 billion people worldwide suffer human whipworm disease, infection with the pig whipworm (Trichuris suis) significantly reduces symptoms of autoimmune diseases such as IBD. The pig whipworm genome, published in work led by researchers from the University of Melbourne, Australia, could help identify new treatments for autoimmune disorders. “Now we have the genetic sequence of the worm, it opens the door to future human drug designs and treatment,” lead author Aaron Jex said in a statement. 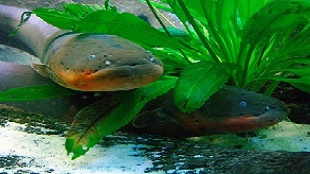 Electric organs in fish occur in many unrelated species, but a new study reveals how they evolved through similar genetic mechanisms. The work, which described the electric eel genome, was published last week (June 27) in Science.

Biologist Jason Gallant of Michigan State University in East Lansing and his colleagues identified more than 22,000 protein coding genes in the electric eel. They used RNA expression data to pinpoint 397 genes that were expressed at significantly higher or lower levels in the electric organ, and compared these to genes expressed in the electric organs of five other species. Despite these species evolving separately for millions of years, their electric organs shared similar patterns of gene expression, suggesting a common genetic network was targeted by natural selection multiple times, giving rise to electric organs. “Imagine houses built in different parts of the country. The house in New Mexico may look different from a house in New England, but they’re built using the same basic structural parts,” author Jason Gallant told Wired. 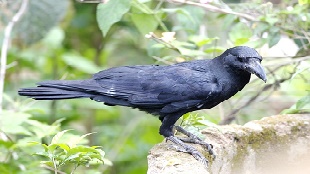 Gray-coated hooded crows and all-black carrion crows in Europe retain their disparate plumage even though they frequently mate and exchange genes. Their distinct colors are due to differences in less than 0.28 percent of the birds’ genomes, according to a study published in Science this month (June 20).

Researchers have long debated whether hooded crows and carrion crows are separate species or related subspecies. Comparing the genomes of 60 crows, a team led by investigator Jelmer Poelstra at Sweden’s Uppsala University identified a “speciation island” on avian chromosome 18 that carried genes linked to pigment colors, hormonal balance, and visual perception. This 1.95 megabase-pair stretch of DNA, along with other, smaller islands, is sufficient to keep the two phenotypes distinct from one another even when the crows exchange genes, according to the researchers. The work revealed that none of the currently used concepts of a species fully apply to these crows. Geneticist Peter de Knijff from Leiden University Medical Center in the Netherlands wrote in a commentary accompanying the paper: “Apart from the few carrion crow type speciation islands, German carrion crows could be considered to represent hooded crows with a black (carrion crow) phenotype.”

Researchers from the Genome of the Netherlands Project reported genome sequences of 250 Dutch families in a paper published in Nature Genetics last week (June 29).

These 769 genomes from parents and offspring comprise the largest collection of genome sequences from a single country so far. The teams identified 7.6 million previously unknown genomic variants, mapped 20.4 million single-nucleotide variants, and pinpointed 1.2 million insertions and deletions. The intermediate coverage sequence data revealed novel point mutations, and established links between a father’s age at conception and number of mutations in their offspring’s genome. Each participant in the study carried an average of eight rare mutations that could lead to disease. The data enable researchers to better understand historic population migrations within the Netherlands. More complete studies of genetic variation in such large samples with well-known phenotypes will “increase the number of opportunities for the development of diagnostic tools, prevention measures and therapeutics for human disease,” the authors wrote in their study.