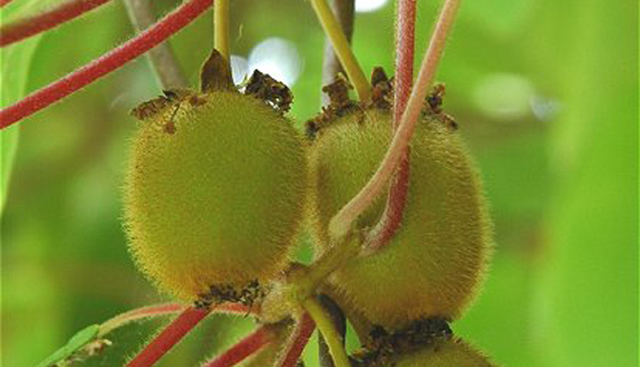 Kiwifruit (Actinidia chinensis) are packed with vitamins. Now, scientists may be able to understand how they came to be so nutritious. Researchers from the U.S. and China collaborated to sequence the genome of the Hongyang variety. Their work was published in Nature Communications last month (October 18).

Interrogating a female kiwifruit, the scientists discovered that the genome contains 39,040 protein-coding genes and that this species underwent two whole-genome duplications: one estimated to have occurred, between 73 million and 101 million years ago, the other around 27 million years ago. “The duplication contributed to adding additional members of gene families that are involved in regulating important kiwifruit characteristics, such as fruit vitamin C, flavonoid, and carotenoid metabolism,” study coauthor Zhangjun Fei of Cornell University said in a statement.

“The genome sequence will...

Blight of the bean 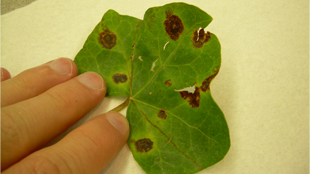 Xanthomonas fuscans subsp. fuscans (Xff) is part of a large group of bacteria that cause diseases in plants of agricultural importance. Xff specifically targets legumes, causing necrotic lesions on the leaves, stems, seeds, and pods. In an analysis published this month (November 6) in BMC Genomics, researchers from France and Brazil describe having sequenced and annotated the complete Xff genome in order to understand the bacterium’s modes of pathogenicity and evolutionary history.

The team compared the genomes of the 4843-R Xff strain, which was isolated from a plant in a French bean field, with those of several other Xanthomonas species. The researchers found that Xff carried genes that help it readily form biofilms and adjust to living on the surfaces of leaves. Surprisingly, they found that Xff does not have a functional flagella.

“Isolation of such variants from a natural epidemic reveals that either flagellar motility is not a key function for in planta fitness or that some complementation occurs within the bacterial population,” the authors wrote. “Mixing of flagellated and non-flagellated cells in population could also be a strategy to avoid detection by plant defense system by reducing the targets.” 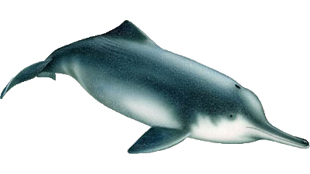 The Yangtze River dolphin or baiji (Lipotes vexillifer) was declared functionally extinct after an extensive survey in 2006. A team of scientists from Nanjing Normal University and Chinese genomics institute BGI sequenced the baiji genome and concluded that humans drove these mammals to extinction. The work was published in Nature Communications last month (October 29).

The baiji genome—sequenced using DNA extracted from the abdominal muscle of a male dolphin stored in a freezer since 1985—revealed unsurprising similarity to bottlenose dolphin and other mammalian genomes. The sequence also showed evidence of a genetic bottleneck, which occurred approximately 10,000 years ago, and a low density of single nucleotide polymorphisms—probably due to low population numbers. Genomic aberrations were unlikely to have played a role in the animal’s extinction, the authors wrote, noting that it was probably “caused by extreme human impacts to the Yangtze River in recent decades” instead.

“The high-quality draft genome of baiji will provide a valuable resource for researchers to uncover the genetic mechanisms underlying extinct species, and will make a great contribution to the protection of endangered species,” project leader Fengming Sun from BGI said in a statement. 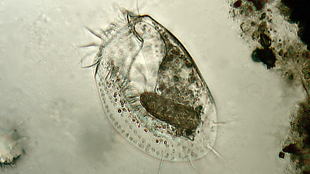 The species Polynucleobacter necessarius contains multiple strains, some of which are obligate symbionts of a ciliated protist host—Euplotes—and some that are free-living. In order to understand differences between the bacterial strains, researchers from the U.S. and Italy sequenced the complete genome of a symbiotic P. necessarius, which was published this month (November 12) in Proceedings of the National Academy of Sciences.

“We argue that this system will provide an exceptionally useful model for investigations on symbiosis, because of its peculiarities and the commonness and ease of handling of the ciliate hosts,” the authors wrote. 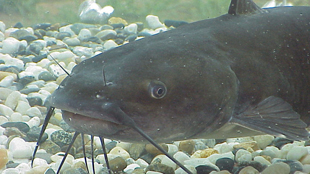 Channel catfish (Ictalurus punctatus) are farmed throughout the U.S., so understanding their genetic makeup is of agricultural and economic importance. Researchers from Auburn University in Alabama published a whole-genome analysis of I. punctatus compared with four model fish species—zebrafish, medaka, Tetraodon, and stickleback. Their work was published in BMC Genomics this month (November 11).

The team found the highest level of chromosome conservation between catfish and zebrafish—followed by stickleback, medaka, and Tetraodon, respectively—and identified homologous chromosomes between catfish and each of the other species. The researchers also determined syntenic regions in the genome of catfish and the other species, which they wrote would provide “valuable information for whole-genome assembly and annotation in catfish.” The scientists also were able to identify large numbers of genes in catfish homologous to genes in other species—14,035 in zebrafish, 9,949 in medaka, 9,465 in stickleback, and 7,181 in Tetraodon.

The comparative genomics approach “not only allows better understanding genome arrangement during evolution, but also benefits the discovery or confirmation of orthologies among species,” the authors wrote.