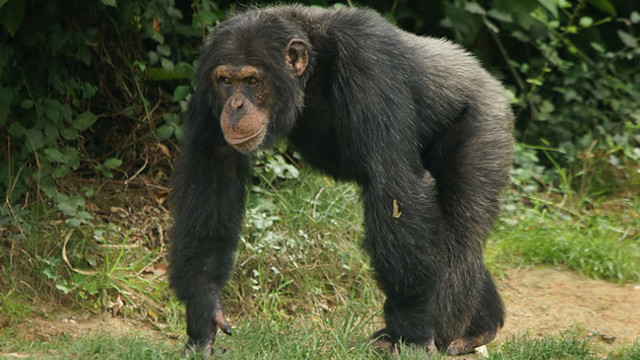 Both sequenced in the last two years, the common chimpanzee (Pan troglodytes) and bonobo (P. paniscus) genomes have shed enormous light on the evolutionary history of the great apes. To understand their evolution in even finer detail, a team led by investigators at The Salk Institute for Biological Studies in La Jolla, California, presents in Nature today (October 23) an analysis of human, chimpanzee, and bonobo induced pluripotent stem cell (iPSC) genomes.

In their paper, the researchers suggested... 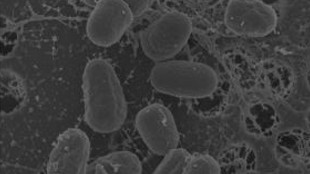 First established in 1974, the bacterial genus Gloeobacter has typically eluded researchers, and until now, only one species (G. violaceus) has had its genome sequenced. But a team led by investigators at the University of Hawaii at Manoa report in PLOS ONE today (October 23) the complete genome of a G. kilaueensis strain cultivated from a biofilm in a lava cave in Kilauea Caldera. G. kilaueensis is thought to be one of the earliest cyanobacteria capable of oxygenic photosynthesis, and it lacks the thylakoid membranes essential in all other cyanobacteria and plant plastids for the light-dependent photosynthetic reactions, making the organism an important piece for understanding the cyanobacteria lineage.

G. kilaueensis is “the first new Gloeobacter species to be described in almost 40 years,” the researchers wrote in their paper. “The long and largely independent evolutionary history of G. violaceus presents an organism retaining ancestral features of early oxygenic photoautotrophs, and in whom cyanobacteria evolution can be investigated.” 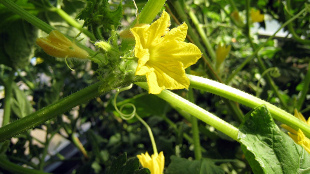 First sequenced in 2009, the cucumber (Cucumis sativus) is an agriculturally important plant that has helped researchers deduce key evolutionary events in crop domestication. Now, a team led by investigators at the BGI in Shenzhen has resequenced the fruit, decoding the genomes of 115 lines sampled from more than 3,300 collections worldwide. Their results were published this week (October 20) in Nature Genetics.

In a comparative analysis, the researchers found evidence that fruit crops, such as cucumbers, “underwent narrower bottlenecks during domestication than grain crops,” they wrote. The researchers also identified several regions that were affected by putative domestication sweeps, including one that contains a gene associated with the loss of bitterness in fruits.

“This study not only generates valuable genomic resource including additional wild reference genome, genome-wide variations for further studies, and breeding applications on cucumber, but also gave us a better picture about how the cucumber genome evolved during domestication,” study coauthor Xin Liu said in a statement. “It is also a good example for studies on vegetable or other economic crops. Large scale sequencing approach and genome-wide analysis can be applied on different economic crops for better understanding their evolutionary process and specific traits, providing unique opportunities for further applications.” 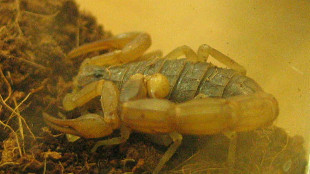 Like other creatures that have maintained ancient anatomy and survived extreme climate changes, the Chinese scorpion (Mesobuthus martensii) is often referred to as a living fossil. A team led by researchers from Wuhan University in China described the M. martensii genome in detail in Nature Communications this month (October 15).

“Although M. martensii appears to evolve conservatively, it has a greater gene family turnover than the insects that have undergone diverse morphological and physiological changes, suggesting the decoupling of the molecular and morphological evolution in scorpions,” the researchers wrote in their paper.

They added that the expansion of gene families enriched in basic metabolic pathways, signaling pathways, and neurotoxins, among other things, contributed to the long-term adaption of the Chinese scorpion lineage. The expression of genes associated with prey, nocturnal behavior, feeding, and detoxification also appear to have played important evolutionary roles, the researchers noted. “The researchers found 116 genes that encode neurotoxins, including 45 previously unknown ones,” reported Science News. 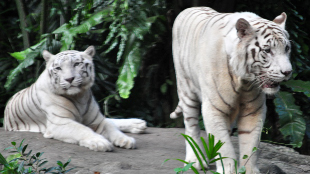 “Our tiger reference genome can be used as the basis for comparing all the tigers in the world, so that we know the genetic diversity of tiger,” study coauthor Jong Bhak told BBC News. Using it, he added, researchers “can actually have a plan of how we can breed [captive] tigers effectively to save the genetic diversity.”

On his blog, Gene Expression, Razib Khan noted that increases in sequence quality and sample size would help researchers understand big cats even better. “The main concern with a species like the Siberian tiger is that they may go extinct very soon and very rapidly, even in the scale of genome technology time,” he wrote.