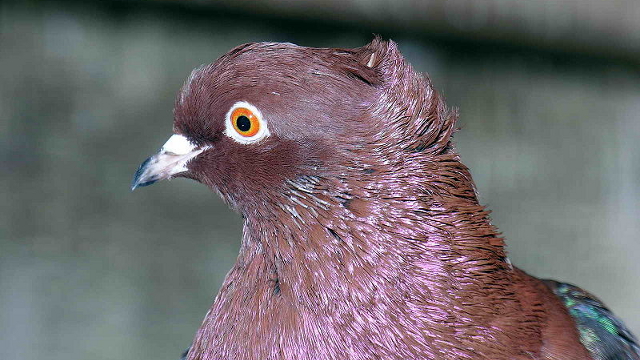 An archangel pigeon, a breed with a small crest at the back of its head. WIKIMEDIA, LUIS MIGUEL BUGALLO SANCHEZ

The roots of pigeons’ extravagant crests

Pomeranian pouters, English trumpeters, carriers, fantails, and short-faced tumblers: pigeon breeds are remarkably diverse. This fact was not lost on Charles Darwin, who saw the breeding of these birds for certain traits as a strong analogy for natural selection in the wild. Now, an international team of scientists has sequenced the genomes of the rock pigeon (Columbia livia) and 38 other species to reveal their genealogy, as well as the genetic basis of one of their most striking traits.

First, the researchers found that all major breed groups originated in the Middle East. The team also found that feral pigeons, such as those that clutter the streets of New York... 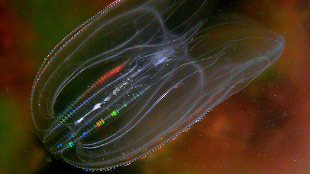 New light on an old jelly

Propelled by cilia running along the length of their transparent blob-like bodies, comb jellies generate flashes of blue-green light to startle predators or attract their fish larvae prey. Sequencing the genome of one species, Mnemiopsis leidyi, researchers found 10 genes that encode light-generating photoproteins arranged one after another, suggesting they evolved as a group. The team also found three genes that may encode light-detecting opsins, and saw that two of them were expressed in the same photocyte cells as the photoproteins, raising the possibility that light reception and generation are functionally linked. And because comb jellies, which form their own phylum called Ctenophora, sit near the base of the animal tree of life, the findings suggest that light-generating and sensing proteins evolved around the same time as multicellularity.

Comparing the genome to that of other early-branching animal phyla, the researchers also noticed that several genes crucial for the production of microRNA in bilaterians, cnidarians, and placazoans are conspicuously absent in M. leidyi. This suggests that ctenophores actually evolved before or at the same time as sponges, far simpler organisms that are usually considered the earliest metazoan, or animal, group. So, in addition to being the earliest creatures to produce and sense light, it seems the comb jellies have usurped the sponges’ claims to primacy in the animal kingdom.

J.F. Ryan et al., “The genome of the ctenophore, Mnemiopsis leidyi: Insights into the origins of morphological complexity,” presented at the Society for Integrative and Comparative Biology annual meeting, 2012. 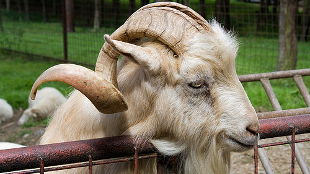 The domestic goat is a familiar sight all over the world, especially in developing countries, and an important source of milk, meat, and wool—including cashmere, the fine, soft fiber used in the most luxurious sweaters and scarves. An international consortium of researchers has sequenced and mapped the genome of a female Yunnan black goat (Capra hircus), the first goat to have its genome explored. And in an attempt to understand the genetic basis of cashmere fiber production, they sequenced and compared the transcriptomes from two different types of hair follicles in an Inner Mongolia cashmere-producing goat—primary follicles, which make run-of-the-mill goat fibers, and secondary follicles, which generate cashmere fibers. The team identified 51 genes that show differences in expression between the two follicle types, the majority of which code for keratin, the main structural component of hair, and keratin-associated proteins—insights that could eventually help to improve the quality of cashmere.

A voracious consumer of brassica crops like cabbage and cauliflower, the diamondback moth destroys roughly $5 billion-worth of crops every year. To uncover the molecular basis of the pest’s common resistance to many insecticides, an international team of researchers sequenced its genome, discovering 18,071 protein-coding genes, more than 1,400 of which are unique to the species. Transcriptome analysis revealed that 350 of these genes are preferentially expressed during the moth’s larval stage, including several involved in sulphate metabolism, which enables the moth to detoxify defensive compounds produced by cruciferous plants. Comparing the data to the genome of another moth species, the researchers noticed that the diamondback has more detoxification-related gene groups. The team also spotted a recent expansion of retrotransposons, or jumping genes, near to detoxification-related genes, suggesting that adaptations to host plant defense compounds underlie the diamondback moth’s ability to rapidly develop insecticide resistance. 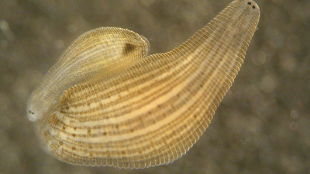 The leech, the limpet, and the worm

Thought to have evolved during the Cambrian explosion of mulitcellular life, bilaterian animals—those in which the left and right sides of the body are mirror images of one another—are divided into three clades. One of those clades, Lophotrochozoa, includes molluscs (such as clams, snails, and octopuses) and annelids (such as earthworms and leeches)—two phyla that account for almost a third of all known marine species. Until now, genomic perspectives on animal diversity and evolution have left these two important phyla out of the picture, but researchers recently published the genomes of a mollusk, the owl limpet Lottia gigantea, and two annelids, the marine worm Capitella teleta and a freshwater leech Helobdella robusta.

By comparing the genomes with each other and those of other animals, the researchers found that these three species share more genes with invertebrate deuterostomes—so named because the mouth hole forms second rather than first during embryonic development—than those of other protostome or mouth-first lineages, expanding the inventory of genes known to have been present in the last common bilaterian ancestor. The findings shed new light on the some of the evolutionary steps between present-day animals and their Cambrian ancestors.