In October, the World Wildlife Fund (WWF) published a list of 441 new species that have been discovered in the Amazon in the last four years: 258 plants, 84 fish, 58 amphibians, 22 reptiles, 18 birds, and one mammal. That’s “an average of two new species identified every week for the past four years,” read a WWF press release, and “[t]his doesn’t even include the countless discoveries of insects and other invertebrates.”

The findings are a welcome break from news of impending extinctions, and the new species are a reminder of the importance of continued vigilance and conservation. Of course, the Amazon is not the only place where new life is popping up. Thousands of new species are described each year, hailing from nearly every continent and diverse branches of life. In May, The Scientist covered the International Institute for Species Exploration at Arizona State University’s annual Top 10,... 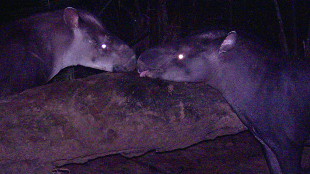 A pair of Kobomani tapirs caught on camera trapCOURTESY OF FABRÍCIO R. SANTOSThis month, researchers described what is likely to be this year’s biggest new species: the Kobomani tapir (Tapirus kabomani), which roams the open grasslands and forests of Brazil and Colombia. Though it’s the smallest of the tapirs, it’s one of the largest animals in South America. Published in the Journal of Mammology, discovery of the tapir makes it the first new Perissodactyla species, which includes rhinos and horses, discovered in more than 100 years, according to Mongabay.com.

The new tapir species isn’t so new to local tribes, however, who regularly hunt the “little black tapir,” as they call it. “[Indigenous people] traditionally reported seeing what they called ‘a different kind of anta [tapir in Portuguese].’ However, the scientific community has never paid much attention to the fact, stating that it was always the same Tapirus terrestris,” lead author and paleontologist Mario Cozzuol of Brazil’s Universidade Federal de Minas Gerais
Belo Horizonte told Mongabay.com. “They did not give value to local knowledge and thought the locals were wrong. Knowledge of the local community needs to be taken into account and that's what we did in our study, which culminated in the discovery of a new species to science.”

Mammal in the trees 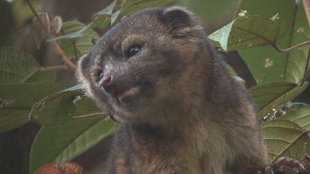 Wild olinguito at Tandayapa Bird Lodge, EcuadorWIKIMEDIA, MATT GURNEYThe olinguito (Bassaricyon neblina) was this year declared to be a distinct species from its close relative, the onlingo, a member of the raccoon family. The new species was first discovered in a drawer, at Chicago’s Field Museum. Kristofer Helgen, curator of mammals at the Smithsonian Institution National Museum of Natural History, found a collection of skin, skulls, and bones that “stopped me in my tracks,” he told BBC News. “The skins were a rich red color and when I looked at the skulls I didn’t recognize the anatomy . . . right away I thought it could be a species new to science.”

On the basis of a grainy video of an olinguito-like animal in the Andes, Helgen and his colleagues headed to Colombia and Ecuador to find the mammal in the trees of cloud forests. Furry, orange, and weighing less than a kilogram, the olinguito is solitary and nocturnal. It is smaller than the olingo, and the two species have differences in their teeth and tails. Helgen’s team published its findings August 15 in ZooKeys, noting that the olinguito is threatened; construction and farming and destroyed nearly half of its forest habitat. “This reminds us that the world is not yet explored and the age of discovery is far from over,” Helgen told BBC News. 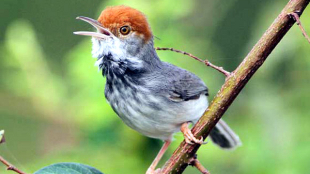 Cambodian tailorbird JAMES EATON/BIRDTOUR ASIAA little bird by the name of the Cambodian tailorbird (Orthotomus chaktomuk), first seen during routine checks for avian flu in 2009, is finally recognized by science, according to a study published in the Oriental Bird Club journal. Belonging to the warbler family, the Cambodian tailorbird can be found living in and around the country’s capital city of Phnom Penh. It resembles other tailorbirds, the researchers report, but its plumage, song, and genes support its reclassification as its own species—something that is rare in urban ecosystems.

“The modern discovery of an undescribed bird species within the limits of a large populous city—not to mention 30 minutes from my home—is extraordinary,” study coauthor Simon Mahood of the Wildlife Conservation Society told BBC News. “The discovery indicates that new species of birds may still be found in familiar and unexpected locations.”

Once again, however, as the bird’s small habitat continues to shrink, prompting the researchers to recommend that it be listed as “near threatened” on the International Union for Conservation of Nature’s Red List. 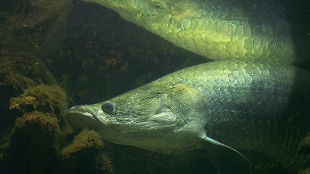 Arapaima sp.WIKIMEDIA, T. VOEKLERSleek, eel-like fish known as arapaima have, for some time, been considered to comprise a single species, but new evidence suggests that a classic division of the group into four species is actually more accurate. Moreover, researchers claim to have found a distinct fifth species of arapaima, according to a study published by SUNY College of Environmental Science and Forestry’s Donald Stewart in the March issue of Copeia.

“Everybody for 160 years had been saying there’s only one kind of arapaima,” Stewart said in a press release. “But we know now there are various species, including some not previously recognized.”

A common target of Amazonian fisherman, arapaima are commercially important fish. Curious about the recognition of four species of arapaima in the mid-1800s, Stewart closely examined original specimens and found that they were indeed four species after all. One specimen, held at the Instituto Nacional de Pesquisas da Amazônia in Manaus, Brazil, even represents a fifth species (A. leptosoma), Stewart concluded. The sensory cavities on its head have a unique shape, and the fish has a sheath over part of its dorsal fin that other arapaima don’t have. It also has a distinctive color pattern.

Unfortunately, arapaima have been overfished in the Amazon Basin for more than a century, bringing their current populations to near zero.

Year of the sharks 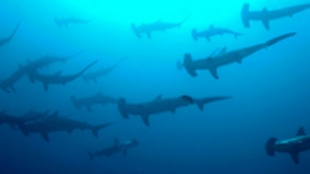 The Carolina variety was discovered by University of South Carolina fish expert Joe Quattro, who gathered what appeared to be 80 young scalloped hammerheads. Genetic and anatomical analyses proved otherwise, however. In the end, 54 of the 80 sharks belonged to the new species.

Quattro expects that, like the dwindling populations of the scalloped shark, the Carolina shark is rare. “Outside of South Carolina, we’ve only seen five tissue samples of the cryptic species,” Quattro said in a release. “And that’s out of three or four hundred specimens.”

You might think that finding a new species of the largest fish in the ocean is uncommon, and it is, but this year boasts another new shark species: Hemiscyllium halmahera, a shark that “walks” along the sandy bottoms surrounding a remote Indonesian island (see video). Publishing in July in the Journal of Ichthyology, marine biologist Mark Erdmann of Conservation International and his colleagues describe the species. The animals can grow up to 70 centimeters (27 inches) in length, and as with other walking—or epaulette—sharks, females lay their eggs under reef ledges.

With so many new species populating this year’s scientific literature, there simply isn’t room to cover them all. But suffice it to say that diversity is not what this list is lacking: a new orchid from volcanic islands west of Spain, a tiny crustacean found in an offshore reef cave near California’s Catalina Island, the Spectacular Guyane False-form beetle of the French Guiana rainforests, five species of “slavemaker” ants that steal the young of other ants, a humpback dolphin, two gecko species, and a Turkish scorpion. Plus many more just waiting to be found.