RNA interference (RNAi) takes place in the nuclei of human cells, US scientists report in this week. Their results suggest new roles for the RNAi machinery in post-transcriptional gene expression in the nucleus.

Co-author Tariq M. Rana said that until now, researchers thought that human-activated RNA-induced silencing complexes (RISCs) localized and functioned only in the cytoplasm where mature mRNA is translated. Specific RNA cleavage induced by a RISC in the nucleus had not previously been documented in vertebrate cells, he added.

To investigate RNAi in the nucleus, Rana and colleagues at the University of Massachusetts Medical School designed a 21-nt siRNA that targeted 7SK snRNA—an abundant RNA with a highly defined structure that specifically localizes to the nucleus. Introducing the siRNA into cells resulted in a 94% decrease in snRNA levels, they found.

"We activated the RISC complex by adding RNA to cells," Rana told . "Our target RNA is 5' labelled hot RNA, and we added these primed complexes from nucleus and cytoplasm and measured their activities—and then we learned that the nucleus contains activated RISC which can cleave target RNA in vitro."

"This is very interesting and significant work," David Looney, from the University of California at San Diego, who was not involved in the study, told in an E-mail. "This report suggests new possibilities via which RNAi may regulate transcription and may provide new tools for investigation of the role of nuclear RNAs."

But Thomas Tuschl, from Rockefeller University in New York, told he had some questions about the experiment. Fractionation into nuclear and cytoplasmic components carries a risk of cross contamination, he said via E-mail. "RISC may be ER [endoplasmic reticulum] associated (via the ribosome), which would [cause] RISC activity [to] drag into the nuclear fractions," said Tuschl, who was not involved in the study.

Another problem is that all non-coding RNAs mature into ribonucleoproteins (RNPs) by association with their proteins, Tuschl continued. Once assembled, specific nuclear import factors could bring these RNPs back to the nucleus. "Taking steady state levels of the RNP as indicators for a non-dynamic nuclear localization is dangerous," Tuschl said.

"If 7SK did localize to the cytoplasm transiently during processing, the entire population of 7SK would have had to [have] undergone turnover in the 24-h period of our knockdown experiments, which we believe is unlikely because the half-life of 7SK is thought to be quite long," Rana replied.

Tuschl also suggested that RISCs could be in the nucleus for loading of mRNAs for translational repression prior to exit in the cytoplasm. Rana agreed that this was "an intriguing possibility." He said RNAi in the nucleus provided another quality control mechanism to regulate mRNA expression levels before they are exported to the cytoplasm. One class of potential targets regulated by nuclear RNAi includes non-coding and aberrant transcripts produced from genomic tandem repeats and transposons. Cells could thereby be protected from unintended expression of mutant proteins, Rana explained. 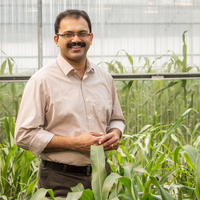 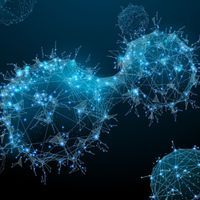 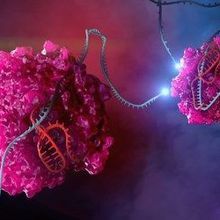