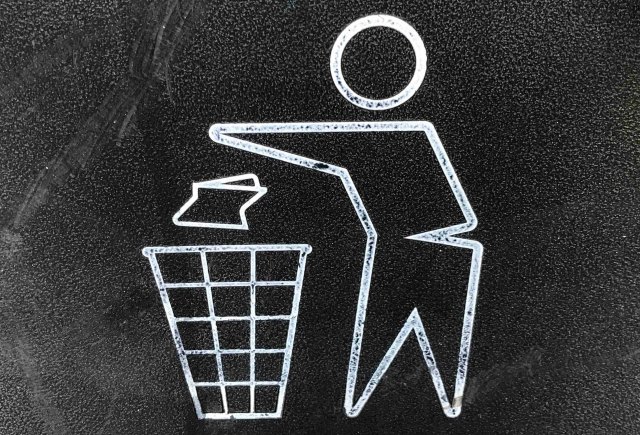 UNSPLASH, GARY CHANWhen it comes to retractions, we at Retraction Watch always have a lot to say. Especially after spending much of 2017 building our retraction database, which now holds just shy of 16,000 entries—more than 1,000 from 2017 alone. That’s an increase from the 650 total retractions counted by MEDLINE in 2016.

Of course, scientific misconduct involves more than just retractions. This year, we reported on the loss of a frequently cited (but controversial) resource that deemed some journals “predatory,” the ongoing saga between a Harvard graduate student and his mentor that resulted in a forced psychiatric exam and a restraining order, and a university’s decision to pay a researcher found guilty of misconduct $100,000 to leave.

There are also the stories about decisions not to retract—such as when more than a dozen editorial board members resigned from Scientific Reports after the journal decided...

But there were also plenty of retractions that caught our notice this year. Here are our picks of the 10 most notable retractions of 2017, in no particular order.

1 It seems that every year, an old record falls. This year saw the shattering of the record for the most retractions issued by one journal in a single day, when Springer retracted 107 papers from Tumor Biology after discovering all had been tainted by fake peer reviews. You read that right—107 papers. In one day.

As fallout, an investigation by the Chinese government determined that nearly 500 researchers were guilty of misconduct; a government news agency reported that hundreds had been temporarily banned from their institutions. The journal has since been delisted from Web of Science, a database of citation metrics.

2 2017 was a rough year for Brian Wansink, a consumer behavior researcher at Cornell University. After researchers raised questions about his work following a blog post he published at the end of 2016, the notices began piling up. He ended the year with five retractions (including one paper that was retracted twice, after the revised version was also retracted), and 13 corrections. Although Cornell initially determined his research was tainted by mistakes, not misconduct, the institution recently told BuzzFeed it was re-investigating.

3 Second time wasn’t the charm for a study linking vaccines to autism and other neurodevelopmental disorders. After the paper was quickly retracted from a Frontiers journal in 2016, it was republished in the Journal of Translational Science in May, 2017—then retracted again only days later. (Strangely, a version of the paper reappeared online; we asked the journal for an explanation but never heard back.)

4 What does a journal do when its entire editorial board resigns at once? Ask the International Journal of Occupational and Environmental Health. In November, the board of the periodical jumped ship over concerns that the publication was becoming too cozy with corporations. Particularly troubling to the erstwhile board members was the withdrawal (with little explanation) of a paper by the previous editor that had been critical of corporate-sponsored research.

5 When a pair of researchers from Sweden published a paper in Science in 2016 showing that fish larvae were getting sick eating tiny bits of plastic, environmentalists took notice. So did critics, who quickly began carping about the article by Peter Eklöv and Oona Lönnstedt of Uppsala University. Turns out the criticism was justified. Science retracted the article in May, after a review board deemed it was “remarkable” the paper was ever accepted. Uppsala originally found no evidence of misconduct, then reversed that decision in December, saying Lönnstedt fabricated the results.

6 Most mice look pretty much the same. For scientists, however, differences at the level of genes are what count. In July, Maureen Gannon and Raymond Pasek of Vanderbilt University retracted a 2016 article after learning they’d mistakenly been studying the wrong transgenic mouse line. Although the pair said they were “devastated” by the error, they knew they had to correct the record. After all, as they told us, “the scientific community and the public needs to trust published scientific results.”

7 When John McCool received an email from the Urology & Nephrology Open Access Journal seeking submissions, given that he is neither a researcher nor a urologist, he did what any self-respecting Seinfeld fan would do: He submitted a bogus article dripping with Seinfeldian references.

The paper, “authored” by three characters from the TV show, was a case report about a made-up urinary condition called “uromycitisis,” also familiar to watchers of the hit sitcom. Amazingly, less than an hour after submitting the manuscript, McCool received word that his article had been accepted. The journal then demanded $799 (plus tax) to publish the paper. McCool ignored the request; the paper has since been pulled. Instead, he wrote about the sting for The Scientist.

8 “Definitely embarrassing.” That’s how Nobel winner Jack Szostak of Harvard University described the retraction in December of his 2016 article in Nature Chemistry. The authors asked for the retraction after a researcher in Szostak’s lab could not reproduce the findings, which the group attributes to honest error. Szostak wasn’t the only Nobelist to lose a paper this year. In October, Science retracted a 2014 paper by Bruce Beutler, winner of the 2011 Nobel Prize in Physiology or Medicine, also for failure to reproduce the results.

9 May was a bad month for Rony Seger. The molecular biologist at The Weizmann Institute of Science in Israel lost nine papers on a single day, all of them in the Journal of Biological Chemistry. The reason: image manipulation. Seger, who has 11 retractions in all, is under investigation by his institution, which also barred him from mentoring graduate students.

10 “Boom, Headshot!” A controversial 2012 paper about violent video games was retracted over concerns about irregularities in the data. The article, by a group at the Ohio State University, purported to show that people who played first-person shooter games became better shots themselves. But in 2015, a pair of psychologists began raising questions about the data. The journal, Communication Research, decided to retract the article after the study authors could not produce their original data. One of the co-authors was stripped of her PhD by Ohio State.

Correction (September 20): The article incorrectly stated Brian Wansink is a food scientist, when his expertise is in consumer behavior. The Scientist regrets the error.