The zebrafish (Danio rerio) is a widely used genetic, developmental, and disease model organism because of the near-effortlessness of imaging transparent zebrafish embryos and the variety of tools available to manipulate their genes. Plus, the small fish are relatively easy and inexpensive to keep in the lab. Drafts of the zebrafish genome have been steadily improving for over a decade, but with a study published in Nature in April, zebrafish researchers finally have a high-quality reference genome with which to work. Researchers found 26,000 protein-coding genes—the most uncovered in any vertebrate species. About 70 percent of these genes were orthologous with human genes. In a second study, the same team detailed their work to mutagenize, sequence, and assess the function of over 10,000 of these protein-coding genes. “Will the... 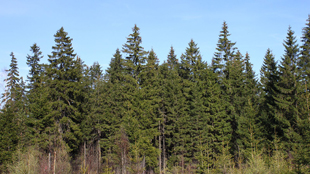 The first genome of a gymnosperm—the Norway spruce (Picea abies), which is widespread in the Northern Hemisphere—was published this May in Nature. Researchers showed that the spruce’s genome contained 20 billion base pairs, but only about 28,000 genes, roughly the same number as the Arabidopsis thaliana genome, which contains only 135 million base pairs. They found that the large genome size is probably due to transposable elements that the tree could not efficiently eliminate. By comparing the genome with low coverage drafts of five other conifer genomes, the scientists showed that transposable elements are common in this branch of the evolutionary tree. “The genome sequences of these trees will not only help us to understand the past, but may also increase our understanding of present-day northern-latitude forests,” wrote Ronald Sederoff of North Carolina State University in the corresponding News & Views piece.

The genome of the African coelacanth (Latimeria chalumnae)—published in Nature in April—is of great interest to evolutionary biologists, as the animal’s morphology closely resembles that of terrestrial vertebrates’ last fish ancestor. The coelacanth was believed to be extinct for about 70 million years, until one was caught off the South African coast in the 1930s. Since then, only 309 have been found. Using DNA from a specimen caught off the south east coast of Africa, scientists sequenced the animal’s genome and found that its protein coding genes were significantly slower to evolve than those of lungfish, chickens, and mammals. Comparisons also demonstrated that the lungfish is more closely related to tetrapods than the coelacanth, and that a piece of DNA shared by coelacanths and four-legged vertebrates could drive the expression of a gene cluster linked to the formation of bones in the fingers, wrists, ankles, and toes. These genes may have played a part millions of years ago in generating the limbs on which humans’ fishlike ancestor first crawled onto land. 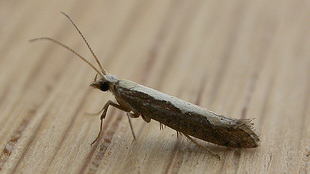 The diamondback moth (Plutella xylostella) chows down on cruciferous vegetables—like cabbage and cauliflower—causing $4 billion to $5 billion dollars of damage a year and has been resistant to insecticides since the 1990s. Scientists sequenced the moth’s genome and published it in Nature Genetics in January. They found about 18,000 protein coding genes, including more than 1,400 unique to the diamondback moth. Of these novel genes, many related to sensing and resisting defensive compounds released by plants and to processing and responding to environmental information, suggesting that diamondback moths may be especially suited to coping with stress. Comparisons of the genome to those of other insects also revealed a fairly recent—within the past 2 million years—transposon expansion close to genes related to detoxification, which may direct the ability of the moth to quickly evolve resistance to insecticides. 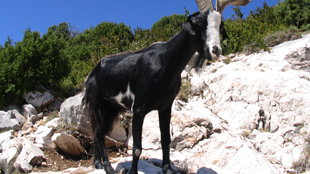 The first genome of a goat was published in the final days of December last year in Nature Biotechnology. Researchers sequenced DNA from the liver tissue of a female Yunnan black goat (Capra hircus), one of more than 1,000 goat breeds. They annotated more than 22,000 protein-coding and nearly 490 miRNA genes. The researchers also sequenced and compared the transcriptomes from two different types of hair follicles of an Inner Mongolia cashmere goat. They found 51 genes that were differentially expressed between the two follicles—one that makes typical goat hair and another, which is responsible for the production of soft cashmere fibers. Many of the genes that were differentially expressed coded for keratin or keratin-associated proteins, genetic understanding that could help scientists breed goats that produce softer and stronger cashmere in the future.