The planet's most prolific atmospheric oxygen source has just given up its most detailed mug shot yet. Jim Barber, a professor at Imperial College London, and others have peered into the complex structure and chemistry of Photo-system II's water-splitting manganese and calcium core, the heart of photosynthesis. PSII uses light energy to derive electrons from water for reducing plastoquinone, a mobile electron carrier. Electron microscopy; and more recently X-ray crystallography, have yielded increasingly clearer details of the cluster of four manganese ions and either one or two calcium ions at PSII's center, but without revealing the exact geometry or sequence of events as water is split into protons, electrons, and oxygen. Barber's group has produced an X-ray crystallographic structure at 3.5 Å, the highest resolution yet obtained for PSII, published online this month.1

"I would say we have made a major step forward in understanding the chemical mechanism of water oxidation in PSII," says Barber. His group produces strong evidence that only one of the four manganese ions actively extracts electrons from water. The other three participate with a single calcium ion in a cubane-like structure, which helps orient water molecules and assists in electron transport.

This finding appears to confirm earlier predictions by Vittal Yachandra and colleagues at Lawrence Berkeley National Laboratory in California, who suggested that the four manganese atoms have a "3 + 1" arrangement, rather than the largely expected single "4" or "2 + 2" arrangement (in which all the atoms participate equally in electron extraction from water molecules).2 But Barber has gone further in gaining firm evidence that just a single calcium atom is involved. He also shows the cooperation of the manganese cluster in the four-stage cycle of water-splitting, in which two molecules of water yield O2, four hydrogen protons, and four electrons. The single calcium ion, according to Barber, plays a crucial role in aligning one of the water molecules.

According to Wolfgang Saenger of the Free University of Berlin, one of the coauthors of the paper describing the first X-ray crystallographic structure of PSII at 3.8 Å in 2001,3 a resolution of at least 2.9 Å would be required to provide significant new insights into the catalytic center of PSII, and also to determine whether one or more calcium ions are involved. But Barber says that by refining the model to examine X-ray images at specific wavelengths, his team could take a big leap forward at 3.5 Å.

The other significant step forward, Barber claims, is the greater detail of the protein structure surrounding the catalytic water-splitting core. This structure, comprising more than 20 different proteins and 6,500 amino acids, binds molecules of the green pigment chlorophyll, which serve as antennae to harvest and channel light energy. The structure also binds carotenoids, which in addition to collecting light, serve to mop up escaping reactive oxygen radicals and minimize damage to the rest of the PSII complex. "We now have a full structure with over 90% of the amino acids assigned at 3.5 angstroms," says Barber.

Principal rival groups from Japan and Berlin already have acknowledged Barber's progress. Petra Fromme, coauthor of the 3.8 Å paper3 and now at Arizona State University in Tempe, admits that Barber has produced an improved structure. Jian-Ren Shen, coauthor of a model at 3.7 Å,4 describes it as an important step forward in elucidating the mechanism underlying oxidation of water.

But Shen says that in a December presentation, Barber's group discussed unresolved differences between the structure to be reported and existing models of the metal center derived from spectroscopic data. Barber insists that these discrepancies have been resolved.

Philip Hunter is a freelance writer in London. 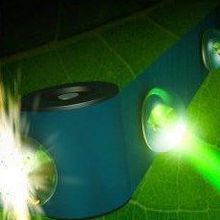 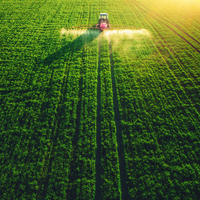