In the last several years, books, papers, and conferences have, with varying degrees of success, attempted to link the once-strange bedfellows of science and consciousness. The multifaceted nature of consciousness itself, a hallmark of humans and arguably of some animals, has prompted contributions from a variety of scientific and nonscientific disciplines. Conferences on consciousness, like the one that has taken place in Tucson, Ariz., every two years since 1994 and the one set for May 25-29 in Tokyo, commonly incorporate many fields, including psychology, cognitive science, neuroscience, physics, mathematics, and philosophy.

The recent resurgence in consciousness studies has been fueled by better, more advanced tools, such as functional brain imaging, and by findings in neurophysiology and systems neurobiology, including those related to memory and language in animals and humans. Also crucial have been the contributions of some well-respected scientists, such as Francis Crick, president emeritus of The Salk Institute for Biological Studies in La Jolla, Calif.; the late John Eccles, former professor of physiology and biophysics at the State University of New York, Buffalo; Gerald Edelman, of the Neurosciences Institute in San Diego; and Roger Penrose, a professor of mathematics at the University of Oxford.

Crick's collaborator, Cristof Koch of the California Institute of Technology, suggests that the growing interest is due in part to an oft-seen research cycle. "People get very interested, there's some data, then they overspeculate, then there's a reaction against that and ... the field gets a bad name." Koch believes, however, that most recent consciousness publications have been purely speculative and short on hard data, and have done very little for the field. "There's now a danger of the hard data being drowned out by this huge [number] of books and other public efforts."

Edelman's research partner, Giulio Tononi, also at the Neurosciences Institute, recalls that when he first became interested in consciousness studies as a teenager, related scientific literature was hard to come by. "It was considered to be a taboo." Tononi credits Edelman's 1989 book The Remembered Present1 as one of the first to address the phenomenon scientifically. "Instead of worrying too much about the philosophical problems associated with consciousness, which have made it very difficult for a respectable scientist to address it, scientists have started to say we have the tools ... to ask questions experimentally."

But how might scientists gain access to the intangible entity of consciousness to acquire legitimate empirical data? What's the key reference point that might open the door to consciousness--interactions at the neuronal level, interactions at the subneuronal level, the activity of conscious states, a combination? The tools at scientists' disposal include positron emission tomography (PET) machines increasingly being used to study the areas of the brain involved in subjects' different conscious states. A set of three recent studies performed independently by three separate groups, one in Belgium,2 one at the University of Pittsburgh,3 and one at the National Institutes of Health,4 demonstrated selective activation of certain brain structures in waking vs. rapid eye movement (REM) sleep vs. slow wave sleep; the observations offer insight into why these three states of consciousness differ.

"It's not ... verbal sleight of hand to reconstrue sleep research as consciousness studies," says J. Allan Hobson, director of the laboratory of neurophysiology at Harvard University and author of a recent book entitled Consciousness.5 "It's highly empirical ... the scientific questions that emerge from the technology are substantive and interesting. It's not just that you've got bells and whistles." Hobson notes that scientists have been tacitly studying conscious states through sleep studies for more than 30 years.

The messiness of such experiments has, though, made them unattractive to some: When the subjects who take part are woken up to answer questions, they're confused and, as a result, the reliability of the reports is hard to gauge. The real physiology and neurobiology studies are done in animal models, and then the two data sources are studied together.

Investigators such as Crick and Koch believe that the greatest potential for advances in the understanding of consciousness lies at the neuronal level. Koch cites the usefulness of imaging technologies, but he notes the need to study the nitty-gritty details of neuron interactions in much the same way molecular biologists have studied interactions between molecules. "We think it's rather likely that consciousness will be generated by something very special in the brain, some special set of neurons, firing in some special way [and] located in some special area," says Koch. "Probably it has as its root some basic mechanism that's been replicated in vision, in audition, in smell, consciousness, memory." In looking for this so-called neural correlate of consciousness through vision studies, Crick and Koch have, for example, hypothesized that a 40-hertz oscillation is one of the signatures of the consciousness mechanism, a theory for which the evidence is mixed.

But some scientists, such as Edelman and Tononi, claim that although such studies are, like imaging studies, heuristically useful, they won't solve the fundamental problem. What, for instance, is so special about neurons that fire at 40 hertz? Dubbed the "hard problem" by University of Arizona philosopher David Chalmers,6 this is the central dilemma of the field: How can something physical, like a neuron firing, give rise to the subjective precept of consciousness?

"As far as anyone doing an experiment that ... tells us the nature of consciousness, I don't think we're there yet," asserts John Dowling, a professor of natural history at Harvard University who specializes in visual systems. Dowling, who recently wrote a book called Creating Mind: How the Brain Works7 that includes a chapter on consciousness, admits that a lack of experimental evidence necessitated talking around the aspect of consciousness that he considers to be the most important: self-awareness.

One highly theoretical model proposes to tackle the hard problem by wedding quantum mechanics and neuroscience. Called orchestrated objective reduction (Orch OR), the model, devised by Penrose and Stuart Hameroff, a University of Arizona professor of anesthesiology and psychology, suggests that consciousness is best sought at the level of microtubules, cylindrical protein lattices that make up the cytoskeleton of all cells, including neurons.8 According to the Orch OR model, microtubules are acting as quantum computers whose quantum functions self-collapse; each time there's a self-collapse, there's a conscious moment. Incorporating quantum mechanics into the mix, say supporters, adds the noncomputable aspect necessary to facilitate human subjectivity and avoid determinism.

But critics point out that quantum effects have only been observed at temperatures near absolute zero--nowhere near the brain's temperature of 300 degrees Kelvin--and that there's no evidence for macroscopic quantum effects. They further argue that connecting quantum mechanics and consciousness is simply a matter of substituting one mystery with another without offering any real proof that they're related. Hameroff counters that the brain has evolved mechanisms that allow for these quantum effects, and that the advent of still-theoretical quantum computers will help the Orch OR model along.

Many scientists are, however, unconvinced that consciousness is based on something fundamental, that the proper reference point for studying the phenomenon is the neuron or even some neuronal structure like the microtubule. Instead, they propose that consciousness emerges at some high level of complexity.

Tononi and Edelman have suggested that, given that consciousness is a process rather than a tangible thing (an observation first made by famed American psychologist William James), the best way to go about studying it is by focusing on the fundamental properties of that process. In a recent Science paper,9 they've formulated some testable criteria for the properties essential to a neural process that underlies consciousness. They first point out, as many philosophers have, that consciousness must be unified or integrated; every conscious state is an individual whole and cannot be decomposed into independent components. For example, when conversing you cannot take the voice you are hearing and separate it from where you are sitting or standing, what you are thinking of, and what you are seeing.

Consciousness is also incredibly differentiated. Tononi compares it to a movie: Each frame represents a different conscious state. There are as many possible conscious states as there are experiences in life, and humans are capable of switching from one conscious state to another in a fraction of a second.

Tononi and Edelman attempt to present evidence from neurology, neuropsychology, and neuroscience data that demonstrates that the neural process underlying consciousness does indeed have integration and differentiation properties. They demonstrate integration based on evidence that many brain regions interacting strongly and rapidly among themselves are involved in, and must underlie, consciousness. They cite, for example, studies in binocular rivalry,10 a phenomenon in which one's conscious state does not reflect reality. Two visual stimuli, one per eye, are presented to a subject. The brain responds to both, but he or she is conscious of only one. Binocular rivalry, says Tononi, offers an ideal way to ask what's changing in the brain to evoke the conscious experience of a stimulus.

"Experiments like these give you a very good neural correlate of consciousness, meaning the difference in neural activity when you are conscious versus when you are not," says Tononi. "And that makes it possible to talk about consciousness in more scientific terms." To do so, they've proposed a "dynamic core hypothesis" that suggests that the neural basis of consciousness must be the distributed effect of highly integrated and differentiated brain areas. In order to test the hypothesis through neural imaging data, they've introduced measures of integration ("functional clustering") and of differentiation ("complexity").

"The dynamic core is the reticular activating system basically dressed up in new clothes," explains Hobson, referring to a center in the brain stem that's integral to states of arousal and consciousness. "[But] they're nice clothes ... They've got some nice wrinkles on how the networks are activated ... to make consciousness or self-awareness more likely."

"It might turn out that they're right about it," Koch says of the dynamic core hypothesis. "However, right now it's almost impossible to test because it's not really specific."

Testing, gaining relevant empirical data, is indeed the tricky part. Some even argue that such efforts are useful but will never enable us to fully understand consciousness, regardless of the new theories and research. In a new book entitled The Mysterious Flame: Conscious Minds in a Material World,11 Rutgers philosopher Colin McGinn restates this position. Essentially, he suggests that the nature of the connection between mind and brain necessarily eludes humankind. We're simply not cut out, due to an innate cognitive bias, to comprehend the mechanisms of our own subjectivity. McGinn investigates the reasons for this conceptual block, claiming that he's not "throwing up his hands in despair," and that much can be gained by understanding why we'll never fully understand.

Consciousness research, says McGinn, definitely isn't turning into a scientific subject. "I think that's what people are hoping, and I think that's what the advertising tends to be," he says, "[that] they're finally taking this old philosophical problem, which has baffled these people for all these millennia, and they're turning it into science."

Is the mystery of consciousness, in fact, beyond the realm of scientific investigation? "It's a defeatist point of view," says Koch. "There's no law in the universe that says that we have to understand everything. But one thing I know for sure: If we don't try, we'll never succeed." 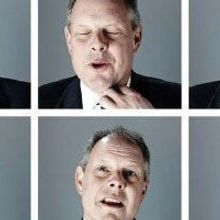 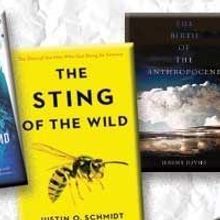