Because the science is hard and the politics mean, progress in understanding human pluripotent cells has been slow. Biologists first trumpeted their discoveries of human embryonic stem cells (hESCs) and human embryonic germ cells (hEGCs) in 1998.1,2 ESCs come from the blastocyst's inner cell mass, whereas EGCs are derived later in development from the primordial germ cells that give rise to spermatozoa and ova. In the past four years, only about 25 published research papers have focused on human pluripotent cells, and just a handful of labs worldwide have become adept at extracting and culturing them.

Sluggish public funding has provided limited stimulus. In August 2001, the US National Institutes of Health (NIH) got the green light to support studies on existing hESC lines. Over the next 12 months, only four investigators secured funding, totaling $3.5 million (US), for new projects, says Della Hann, a senior policy advisor at NIH. (Meanwhile, $4.2 million was distributed for equipment and protocol development.) Just one hEGC study has received NIH money, she adds, even though federal regulations treat hEGCs as fetal tissue and do not restrict funding to a panel of cell lines.

Within this torpid research environment, any finding tends to stand out, but a recent paper merits particular attention. Scientists at Johns Hopkins University School of Medicine report that four hEGC genes are normally imprinted, meaning that only one allele is expressed.3 The paper is remarkable in several respects: It is the first to characterize imprinting in human pluripotent cells; its results confound expectations based on murine experiments that the genes would lack imprinting; and it describes what was essentially a molecular-based safety test. Loss of imprinting can cause various disorders, so by manifesting normal imprints, hEGCs passed the test.

The findings are "rather reassuring in terms of the idea of using [hEGCs] eventually for making differentiated tissues for transplantation," says Peter J. Donovan, an associate professor of microbiology and immunology at Thomas Jefferson University in Philadelphia; his lab was one of two to discover murine EGCs in the early 1990s.4 The findings might even influence debates over human pluripotent-cell research. Some ethicists narrowly argue that germ-cell work is less objectionable because the cells are culled from already aborted tissue; stem-cell extraction, in contrast, requires embryo destruction.

SEESAW-LIKE EXPRESSION Imprinting is a normal process by which a gene's maternal allele is silenced and its paternal allele turned on, or vice-versa. DNA methylation and various histone modifications cause these seesaw-like expression patterns. About 50 human genes are known imprinters, and the final tally could be 5 to 10 times higher.

When chromosomal alterations cause genes to lose imprinting, various abnormalities can ensue. Unusually large animals are born, and people suffer from congenital afflictions. Children with Prader-Willi syndrome, for example, are short, obese, and mentally retarded. Those with Beckwith-Wiedemann syndrome are especially big and tend to fall ill with Wilms tumor of the kidney. Other cancers have also been linked to imprinting defects.

Several studies on murine EGCs and ESCs have uncovered imprinting problems. When M. Azim Surani, a professor at the University of Cambridge's Wellcome/CRC Institute of Cancer and Developmental Biology, injected EGCs into blastocysts, the resulting murine chimeras exhibited fetal overgrowth and skeletal abnormalities.5 A likely reason is that the EGCs were extracted about 12 days after fertilization, just after their imprints had been erased.

Erasure is normal. As primordial germ cells turn into gametes, their imprints must be wiped out and reestablished. This allows spermatozoa to display paternal imprints, though many genes come from the mother, and ova to display maternal imprints, though many genes come from the father. What is not normal is removing imprint-free germ cells and forcing them to differentiate into many other cell types. "It's possible that if you get germ cells at an earlier stage, before the imprints have been erased, you may be able to make cell lines from those that contain some, if not all, of the imprints," Surani speculates. The final result might be normal chimeras.

Cell culture also corrupts imprinting. Surani explains that, to survive under alien conditions, cultured cells stochastically change their epigenetic features, which include imprinting. Partly as a result of this adaptation, murine ESCs show a wide, unpredictable array of imprinting abnormalities, says Rudolf Jaenisch, biology professor at Massachusetts Institute of Technology. Last year, he reported such defects not only in cultured ESCs but also in the placentas and organs of mice cloned by transfer of ESC nuclei into enucleated oocytes.6 Jaenisch cautions, however, that "there are lots of biological differences between mouse and human ES cells."

OF GENES, MICE, AND MEN The Johns Hopkins study appears to have uncovered such a difference, albeit in EG cells. Led by professor of medicine Andrew P. Feinberg, the researchers looked at four normally imprinted genes in cultured hEGCs that had spontaneously differentiated into fibroblast-like cells. The scientists distinguished between each gene's two alleles by tracking its polymorphisms. Three genes showed monoallelic expression, while one allele of the fourth gene was expressed 4 to 5 times more than the other allele, a pattern seen in humans.3

Of particular interest were the ages of the embryos from which the hEGCs came. Abortions took place from five to 11 weeks after fertilization, recalls team member Michael J. Shamblott, an associate professor of gynecology and obstetrics. Murine experiments suggest that cells removed from the older human embryos would contain biallelically active genes because erasure had begun. But Shamblott notes: "We don't necessarily know that the timing of imprinting and erasure of methylation is the same between mice and humans."

Another possible reason that the hEGCs were appropriately imprinted is their partial differentiation. The Johns Hopkins team analyzed murine EGCs extracted 8.5 days after fertilization and found that genes were biallelically expressed unless the cells were induced to differentiate, in which case imprinting re-emerged.3 Feinberg theorizes that for an unspecified time after imprinted genes lose monoallelic expression, chromosomes retain a latent epigenetic mark that allows imprinting to reappear during differentiation. There is a problem, though, in establishing whether this scenario applies to hEGCs: Researchers would have to examine undifferentiated cells, but few exist in culture because hEGCs differentiate if given the slightest chance to do so.

The Hopkins study also did not determine whether the genes were correctly imprinted, meaning that the expressed allele came from the appropriate parent. The university's institutional review board barred examination of the parents' tissues. By board regulation, "We have no contact with the patient whatsoever," says Shamblott, adding that the tissues were probably unavailable anyway. If imprinting merely regulates gene dosage or distinguishes between sister chromatids, the parental source of an allele might be unimportant.

Another lingering question: Are all the genes that should be imprinted in hEGCs, in fact, imprinted? Colin L. Stewart, head of the National Cancer Institute's Cancer and Developmental Biology Laboratory, observes that "the molecular mechanisms regulating imprinted gene expression could be different in different genes." Consequently, stem-cell manipulations might destroy imprinting in some genes while leaving it unscathed in others.

Even if many of their genes lose imprinting, transplanting hEGC-derived cells into patients is still morally and scientifically defensible. "If you asked patients who had severe Parkinson's disease whether they would be willing to take the risk of having a cell with dysregulated imprinted gene expression put in if it might do some good for their neurological system, they would probably say yes," contends Sapienza.

Therapy using imperfectly imprinted hEGCs might succeed if the cells were differentiated in vitro and transplanted into patients. "That may be fine," Surani notes, "because you're not really asking those cells to go through all the different stages of development." Moreover, imprinting glitches often seem harmless. Jaenisch found that many cloned mice survive to adulthood despite widespread imprinting irregularities in their tissues and in the ESCs from which the tissues develop. His paper acknowledges, nevertheless, that these irregularities might cause subtle, hard-to-detect physiological abnormalities.6

To scope out such defects, Donovan says that biologists should regularly monitor many stem-cell features besides imprinting. For starters, he cites the expression levels of telomerase, cell-surface markers, and OCT-4, a transcription factor critical in early development.

An adequate characterization of hESCs, however, is probably years away, given NIH funding limitations and opposition to human therapeutic cloning, for which stem cells are uniquely suited. For the less publicized hEGCs, the future appears brighter. The new Johns Hopkins study could enhance their allure, and federal support is less restricted. Furthermore, the cells are extracted so late in prenatal development that their use in therapeutic cloning is not even debated. 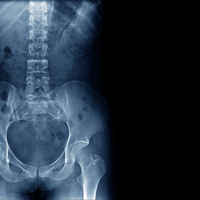 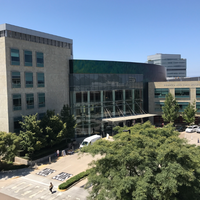