Human activities often disrupt the delicate balance between predators and prey, but an unusual example has come to light among the equatorial rainforests of Indonesia. Dipterocarp, the economically important canopy trees that account for 70% of the region's biomass, are vanishing. Indeed, protected lowland trees in the Kalimantan region declined by more than 56% over a period of 15 years.1 Besides rampant logging, climate change may be responsible, by causing a disturbance of the El Niño southern ocean oscillation, which dipterocarp species have exploited in their battle with seed and fruit predators.

Dipterocarp species synchronously erupt into fruit every four or five years, with only isolated spasmodic fruiting in between. Rigorous field studies in recent years have confirmed that the cue for fruiting comes...

Many believed that vertebrate predators, such as bearded pigs and pheasants, were the biggest consumers of dipterocarp seed, but recent work suggests that insects, particularly weevil beetles, play at least as big a part.3 Weevils lay their eggs in the fruit; the larvae grow within the single seed, which they feed upon and destroy. A significant point, according to Curran, is that the small numbers of dipterocarp that fail to stay in synch with El Niño, and therefore their fellow dipterocarp, have virtually all their seeds destroyed by the beetles. "So there is selective pressure to fall into line," says Curran.

Temperature changes often play a critical role in determining when plants flower and fruit within temperate as well as tropical regions. Plant and animal populations exhibit synchronized behavior in response to environmental cues, often over large distances in a phenomenon known as the Moran effect.4 For dipterocarp, El Niño has worked well, says Lyal, because it has been sufficiently infrequent and inconsistent to keep numbers of predators down, but frequent enough within the context of tree reproduction. El Niño enables trees to exploit their longer reproductive cycle.

Problems can occur, though, if the environmental cues change significantly within a short time, as seems to be happening in the dipterocarp forests. Strong El Niños cause even more prolific fruiting, says Curran. While this reinforces the El Niño cue theory, it also suggests that climate change could have a major disruptive effect on the balance between dipterocarp and predators. In the latest paper on the subject, Curran and colleagues argue that in addition to destructive logging practices, weather pattern changes both inside and outside El Niño years are having a deleterious effect on the forests.1 "El Niños are getting stronger, and there are more frequent droughts in other years," says Curran.

Further work is needed, and the genes involved are still to be identified, but Curran argues that only swift action will prevent irrevocable damage to the ecosystems of Borneo and the surrounding region.

Philip Hunter is a freelance writer in London. 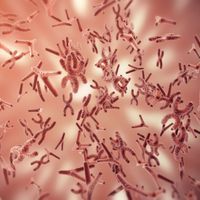 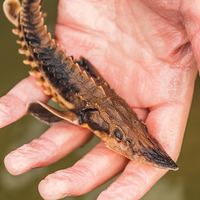 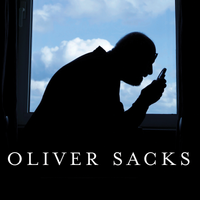