While aerospace engineers at NASA's Goddard Laboratories, northeast of Washington, DC, look down from the heavens, ecologists at a neighboring United States Geological Survey (USGS) have a closer view. Scientists from these disparate fields, ecology and aerospace, have begun collaborating in hopes of stemming a huge and ever-growing invasive species problem, one estimated to cost $120 billion per year in the United States alone.

NASA and the USGS, along with agencies including the National Park Service and the US Fish and Wildlife Service, have teamed up to marry satellite technology with ecological field studies in hopes of better forecasting when and where invasive species might strike next. Temporal, spatial, and spectral data from satellites will help indicate the movements of invasive vegetation and wildlife as well...

A few satellites have been monitoring Earth's environment for years, but only in the past couple of years have scientists started to glean information that could potentially track invasive species. Collaborating ecologists and physical scientists continue to ramp up their efforts, meeting every six months to assess the program. "It's a huge marriage," says Neal Most, project manager for the Invasive Species Forecasting System at Goddard. Starting this fall, a Web interface will allow participating scientists to layer many types of data, including vegetation greenness, geographic locations, and temperature, in order to model future spread. They'll be able to detect invasive species' proximity to vulnerable habitats, and identify barriers and corridors to invasion such as roads and riparian zones.

Preliminary studies, says Stohlgren, have shown that finding hotspots of native diversity will point to hotspots of invasion as well. The satellites' ability to track species hinges on levels of spatial, temporal, and spectral resolution, according to Jeff Morisette, a systems scientist at Goddard. For the invasive species project, sensors' spatial resolution ranges from one square meter to several square kilometers. Spectral resolution, the number of wavelengths of light monitored, ranges from seven to hundreds of spectral channels; researchers can therefore identify plants from satellite data based on known, spectral signatures previously measured on the ground. Temporal resolution ranges from a few snapshots per year of a given area to daily monitoring.

Currently, the invasive species proof-of-principle target is tamarisk, also called salt cedar. Intentionally planted 100 years ago to stem erosion, tamarisk has spread throughout the West, especially along rivers. Its deep roots can extract large amounts of water, a major liability for many areas in the already drought-stricken region. Wildlife habitats are also adversely affected. Researchers hope to model new outbreaks of tamarisk with satellites and modest ground-truth field surveys, according to Morisette. The team of NASA, USGS, and university scientists plans to incorporate ever-changing environmental and ecological variables, as well as field data.

For example, Stohlgren and wildlife biologist Bruce Peterjohn at the Patuxent Wildlife Research Center in Laurel, Md., have assembled a massive database of invasive birds in the United States, which are categorized by their county-by-county distribution. The team draws from literature as well as data from the Breeding Bird Survey, a 30-year-old volunteer network for bird tracking and identification. But, data integration will continue to be a challenge.

"Satellite information is a part of the bigger picture, and that's where the partnership has really taken off," says Stohlgren. "We can't expect to see small seedlings from the satellite. But what we can detect from the satellite with ground measurements is something about the vulnerability and the conditions on the landscape that make an area vulnerable to invasion." 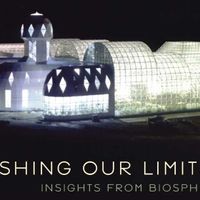