Collaborators at the Salk Institute for Biological Studies in La Jolla, Calif., and the Sahlgrenska University Hospital in Goteborg, Sweden, under the direction of Salk professor Fred H. Gage, recently reported newly formed neurons in the hippocampi of adult humans.1,2 The announcement that neurogenesis-- through which new neurons live and die in the brain well into the later years of adulthood--has been discovered in humans sent ripples through the exhibit hall and the press room at the Society for Neuroscience Conference in Los Angeles last November. The evidence for neurogenesis bodes far-reaching implications, not the least of which are new therapies for the treatment of brain damage caused by stroke, Alzheimer's, Parkinson's, or other traumas.

But the human discovery, along with other new findings presented at the November conference, challenges past assumptions. The same team of Princeton researchers and another team from Yale University confirmed neurogenesis in the brains of adult macaques, Old World monkeys. In all cases, the researchers found the neurogenesis occurring in the hippocampus, the part of the cerebral cortex believed to be involved in learning and memory. The birth of neurons in the brains of adult primates, including humans, appears at long last unequivocal.

The Salk-Sahlgrenska team examined human brain tissue obtained postmortem from terminal cancer patients (aged 57-72) who had undergone diagnostic procedures that involved labeling actively dividing cells. The patients had been treated with the thymidine analog, bromodeoxyuridine (BrdU), which attaches to or labels DNA during the S phase. Upon their deaths, ranging from 16 to 791 days later, the investigators used immunofluorescent labeling for BrdU and for one of the neuronal markers, NeuN, calbindin, or neuron-specific enolase (NSE), to demonstrate that new neurons, as defined by the markers, are generated from dividing progenitor cells in the dentate gyrus area of the hippocampus.

"All of the patients showed evidence of recent cell division," points out Gage, senior author of the study. Considering that this was not a particularly young or healthy group of people, he adds, "New cell growth may be even more prominent in other groups than the one we observed." Moreover, Gage contends the results of these studies further indicate that "the human hippocampus retains its ability to generate neurons throughout life."

At Princeton, researchers used double-label immunofluorescence and peroxidase techniques to chemically label newly born cells in 12 adult macaque monkeys representing three different age groups--young, middle aged, and aged--and then tracked the fate of those cells. "We found that a significant number of cells within the hippocampal region of the macaques showed characteristics that were similar to neurons," says Princeton psychologist Elizabeth Gould, reporting as-yet-unpublished findings. "The young adult monkeys produced the largest numbers of these new cells, and the middle-aged monkeys produced an intermediate number. In the aged monkeys, the numbers were vastly diminished."

The finding that the number of neurons produced in the hippocampal region diminishes with age correlates with similar work in rodents reported by Gage in previous years. That correlation, says Gould, "suggests that similar mechanisms probably control the production of these new cells in rodents and primates; this presents the likelihood that studies performed in rodents have a lot of relevance to primates, including humans."

In previous studies researchers at Yale University had been unable to convincingly demonstrate neurogenesis in adult monkeys. But that changed shortly before the conference. Using the same labeling technique the Princeton group used, David Kornack and Pasko Rakic reexamined the hippocampi of their macaques and announced their unpublished research that they were able to establish neurogenesis. "It took us the time and effort it did because the amount of neurogenesis in Old World primates seems to be greatly reduced compared to that in rodents, where it is relatively abundant and can be readily demonstrated," says Rakic, who believes neurogenesis declined during primate evolution.

It may be significant, he points out, that adult neurogenesis has been shown in the hippocampus rather than the neocortex, where memory is believed to be stored. "Primates have to retrain memory over a longer life span; therefore, it is important for primates to preserve the same sets of neurons over a long time as they do in the neocortex," he says. "Perhaps in primates the loss of neurogenesis was an expense we had to pay to ... keep learned behavior."

Gould disagrees: "We have looked at many different mammalian species--rats, mice, tree shrews, marmosets, and now two species of macaques, and we don't see significant differences in the quantity of neurogenesis." In comparative studies, she stresses, "all of the species show evidence of substantial neurogenesis in adulthood. It was only in our aged animals that we saw diminished neurogenesis."

With the observation that the aged monkeys show far fewer of these cells, says Gould, "It's intriguing to speculate that since the hippocampus is involved in processing information involved in certain types of learning and memory, this age-related decline in the production of new neurons [may be] somehow related to that decline in cognitive function. ... associated with aging and with chronic stress ...."6

Gould points out that these observations of neurogenesis indicate that new neurons serve an important function, even in primates. "It's very likely that a new neuron would be much [better] able to rapidly form new synaptic connections than a mature neuron would; so they might ultimately be plastic. Because of that, they may be ideally suited for learning and for behaviors that require rapid changes," she contends.

Links to learning and enriched, stimulating environments are already being made. In studies conducted with rodents in Gage's laboratory at the Salk Institute, scientists found environmental enrichment can increase the neurogenesis of cells in adult brains, as well as improve learning.7 They also found that it is learning, specifically, that prevents new neurons from dying.

Studies with the C57BL/6 strain of mice--which learns well a specific swimming navigation task known as the water maze--showed marked improvement in their ability to learn when raised in an enriched environment with more space, larger social groups, running wheels, tunnels, treats, and toys. Meanwhile, the 129Sv/J strain mice, notoriously poor learners, also showed marked improvement in ability to learn when raised in the enriched environment. They produced about 67 percent more new neurons than their control counterparts raised in standard housing--the mice "projects," so to speak--produced.

The processes by which these two mouse strains increased their neurons, however, appeared different. The C57BL/6s raised in the enriched environment generated the same number of new cells in the hippocampus as those raised in standard housing, but more of the new cells survived to mature into neurons. In contrast, the 129Sv/Js produced more cells to begin with when raised in the enriched environment, but relatively fewer of this larger pool actually survived. Nevertheless, Gage concludes, the net effect was the same: "Enriched living increases the absolute number of surviving new neurons in the adult hippocampus." In another study, Gage and colleagues found that the effect of an enriched environment can have an impact throughout life. 8

This research recapitulates what is now a classic tenet in biology--that is, says Gage, "the effects of genes on an organism are dependent upon the environment in which the organism is raised."

Gould and Tracey Shors also of Princeton, are presently investigating the impact of learning on neurogenesis in rodents. In animals that do not have learning opportunities, the researchers have found that most new hippocampal neurons die within approximately two weeks of genesis. Their findings are scheduled to be published in March by Nature Neuroscience.

"Certainly all the data we have suggests that stress will decrease the numbers of these neurons, and learning will enhance the number of neurons. The learning data seems to me a classic statement ... of 'Use it or lose it.'" offers Gould.

"We still don't know absolutely whether or not these new brain cells are functioning normally," Gage points out, "but these findings clearly bring us an important step closer to thinking that we have more control over our own brain capacity than we ever thought previously."

A.J.S. Rayl (ajsrayl@loop.com) is a freelance writer based in Malibu, Calif. 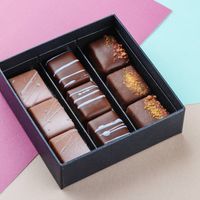