The body of a caterpillar is the site of both a great feast and a gruesome familial struggle. But unlike even the most dys-functional holiday dinners, this fight for food erupts into bloodbath, with sisters killing sisters and brothers alike. The slaughter, as damaging to killer as to killed, exemplifies an ugly facet of evolution – the role of spite.

Social behavior is organized conventionally into four classes, characterized by the costs and benefits to actors and recipients. Selfishness and mutualism are relatively straightforward: The actor benefits from its own behavior. Altruism and spite, in which the actor's fitness is impaired by its actions, have proven more problematic. Not until the 1960s did Oxford's Bill Hamilton show that genes for altruism can boost an individual's inclusive fitness, proliferating in the relatives that benefit, provided that the advantage to the recipient multiplied by its coefficient of relatedness to the actor (0.5 for full siblings, 0.25 for nephews, etc.) is greater than the cost incurred.3

Hamilton also recognized spite as a theoretical possibility, if the recipient is negatively related to the actor, that is, less related than a random member of the population.4 But he also recognized an important difference with altruism: When a spiteful actor removes a negatively-related recipient, all the remaining individuals benefit, not just the actor's kin. Selection for spite is, therefore, relatively weak.

Harvard University's E.O. Wilson offered a solution by suggesting that spite could be favored without negative relatedness if the act also specifically benefits positively related individuals.5 While nature seemed rife with examples of altruism, however, spite was elusive. "It got to the stage in the literature where people were saying there are no examples of spite at all," says Kevin Foster of Berlin's Institute for Advanced Studies. "So we went back to the original definitions and tried to work out where they applied."

Foster identified three cases of spite among social insects.6 The first, worker policing, is widespread among ants, bees, and wasps. Workers invest time and energy to kill the male offspring (the actors' nephews) produced by rogue workers. In the second case, the Argentine ant (among others) displays sex allocation biasing; workers kill brothers to shift the colony sex ratio in favor of females. And in a unique third case, red fire ant workers kill queens that do not share an allele at a particular locus (). Foster interprets these as Wilsonian spite, because they indirectly benefit a more closely related third party: respectively, brothers, sisters, and queens, with the same allele. But he also considers the fire ant example to have a Hamiltonian flavor, in that the spiteful allele is negatively related to that of the victim.

"[Hamilton] saw it as very hard to get situations where you could get appreciable negative relatedness," says West. "He argued that that needed really small population sizes." But West says that negative relatedness can arise if competition for resources is highly localized.2

In the closed world of a fig, for example, where male fig wasps compete intensely for access to a limited number of females, males are as aggressive towards brothers as towards unrelated males. "There's no point helping one brother if the extra benefit they get comes at the cost of another brother," says West. So, for social interactions, relatedness is not absolute; it is relative, depending on who the competition is.

When West's doctoral student, Andy Gardner, applied standard fitness equations to social behavior under local competition, what popped out at the end was Hamilton's rule with a negative relatedness and a negative benefit: Hamiltonian spite. "We haven't put negative relatedness into the analysis," says Gardner. "That's something that falls out naturally."

So, in the case of , larvae compete for resources within a caterpillar host, not with the global wasp population. Average relatedness between competitors is zero, so the presence of clonal siblings indicates significant negative relatedness between other individuals, and even between nonclonal relatives.

Foster says that in taking scale of competition into account, his examples of Wilsonian spite become Hamiltonian. "Everything [West and colleagues] say stands, so long as it's OK to change the scale at which you measure relatedness."

But not everyone says it's OK. "Yes, competition is occurring on a very local scale within generations," says Michael Strand, a professor of entomology who works on at the University of Georgia, Athens. But the larvae will eventually disperse as adults when "there's plenty of opportunity for mixing between individuals of different generations," Strand says. West maintains that the scale of competition to consider is that which encompasses the trait being studied. Nevertheless, for the moment, Strand prefers to view the murderous soldiers as "indirect altruists."

Strand says he finds another putative spiteful system "more compelling." Many bacteria manufacture toxins called bacteriocins, which they release explosively, killing both themselves and sensitive competitors, but sparing clonal relatives that possess a resistance gene.

Gardner says the spiteful credentials of such bacterial suicide bombings are reinforced by the presence of an equivalent altruistic trait, siderophore production. Siderophores are compounds that scavenge iron from the environment for absorption. "You do better as a bacterium if you don't produce the proteins and just mop up those produced by others. So, production of the proteins is altruistic," says Gardner. In line with predictions, West's team, in collaboration with Angus Buckling at Oxford University, has shown that bacteriocin production is increasingly favored by selection, as competition between bacterial strains becomes more local,7 whereas siderophore output declines.8

Such microbial social dynamics could illuminate understanding of virulence. The prevailing view, says West, is that high kinship between parasites selects for prudent exploitation of a host and, therefore, lower virulence. But with siderophore production, says West, "They cooperate more and that makes them nastier." Spite provides a third scenario: Buckling has shown that chemical warfare between spiteful bacterial genotypes reduces virulence.

Buckling says the findings are particularly relevant if antibiotic use encourages clonal expansions of bacteria. "We would expect bacteriocin production to go down and virulence [to] go up, because these bugs are not killing each other, and they're not investing into producing bacteriocins." Adds West, "If you can think up ways to make bacteria more spiteful to each other, they'd be less effective at growing in the host."

The parallels between the bacteriocin system and human suicide-bombings are striking, at least superficially. West says that, whether biologically or culturally driven, human social strategies can be influenced by competitive scale. He describes an experiment in which undergrads played prisoner's dilemma (a classic game used to explore cooperative strategies) in five groups of three. For global competition, the top five scores won cash prizes; for local competition, prizes went to the top scorer in each group. "They were much less cooperative when they competed locally," he says.

Whether such approaches can advance understanding in human social behavior is another matter. Nevertheless, Buckling doesn't rule out the influence of competitive scale in his relationship with Edinburgh collaborators. "If we're the only ones working on it," he jokes, "it could get nasty." 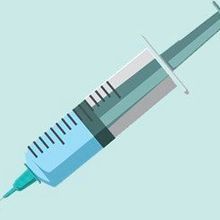