In 1999, scientists at Elan Corp.'s South San Francisco, Calif. facility stunned the Alzheimer Disease (AD) research community: vaccination, they announced, reduces AD-like pathology in transgenic mice.1 Since then, dozens of labs have been working on vaccines to prevent, retard, or reverse AD's devastating symptoms. One clinical trial is finished, a second is under way, and others appear imminent. In animal studies, researchers are testing different types of vaccines and examining how the immune system might foil the disease. After soliciting applications for AD vaccine projects, the National Institutes of Health last fall began distributing $22.5 million (US) to 13 studies, according to D. Stephen Snyder, a program director at the National Institute on Aging.

Before Elan's study, "there were a lot of reasons to think not only that [vaccines] shouldn't be done but that they would make things worse," says Dale B. Schenk, the company's vice president of discovery research. The prevailing wisdom was that disease-fighting antibodies, which vaccines stimulate, couldn't penetrate the blood-brain barrier. If antibodies did sneak into the brain, the fear was that they would trigger a massive, unhealthy immune response.

Schenk recalls that the vaccine study consequently had a "very low priority" at Dublin-based Elan. But he eventually mustered a large team that discovered the benefits to vaccinating an AD mouse model with b-amyloid (Ab), the peptide that aggregates into amyloid plaques in Alzheimer brains. Mice that started receiving intramuscular injections when six weeks old didn't develop plaques and other neuropathology. Vaccinations begun at 11 months of age sharply reduced pathology, with plaques in the frontal cortex plunging 84% compared to controls.

About the time of the Elan study, the same AD mouse model was receiving Ab doses orally or nasally from scientists at Harvard Medical School. Their initial hypothesis, says assistant neurology professor Cynthia A. Lemere, was that the treatments would generate regulatory T cells, thereby dampening the brain's self-destructive inflammatory reaction to amyloid plaques. Though a few such cells appeared in the animal's brains, plaque areas remained inflamed. A more encouraging result was that the mice made Ab antibodies, and Ab levels dropped 50% to 60%.2


Promptly confirming these findings in human subjects is crucial because transgenic mice exhibit little of the vast neuronal loss seen in AD patients. Elan recently ended a clinical trial that tested its vaccine's safety on about 100 patients in the United States and Great Britain. Results haven't been published, but Schenk discloses that some subjects developed an immune response. In September, the company began a two-year trial on 375 patients in the United States and Europe. Memory and cognition will be measured, and magnetic resonance imaging will monitor brain shrinkage, an AD symptom.

The Harvard group hopes to begin a safety trial of its nasal vaccine in mid-2002, according to Howard L. Weiner, a neurology professor and co-principal investigator of the anticipated study. The group, however, must first finish toxicity studies in mice and apply for Food and Drug Administration approval.

Neurochem Inc., based in Saint-Laurent, Quebec, also hopes to start a Phase I trial of its vaccine in 2002, says spokeswoman Lise Hébert. Neurochem's vaccine includes only a fragment of Ab. A recent study showed that the entire peptide is not needed to reduce pathology in vaccinated AD model mice.3 Another impetus for using shorter peptides is speculation that injections of the full Ab peptide could actually worsen AD by introducing molecular "nuclei" into the body around which plaques could form.

Another experimental variable besides the vaccine's amino-acid makeup is the type of vaccination. In passive immunization, researchers inject animals with antibodies against Ab, rather than with the peptide itself. Compared to peptide-based immunization, passive immunization provides immediate immunity. Another advantage: Stopping the injections ends the immune response if it turns destructive.

A newer protocol involves injecting a muscle with a naked strand of DNA encoding Ab. After muscle cells absorb the DNA, they translate its message. An immune reaction ensues, according to a study presented at the latest annual Society for Neuroscience (SFN) meeting.4 This procedure's practical advantage is that DNA is much cheaper to make, purify, and store than are peptides and antibodies.

Investigators still aren't sure how vaccination reduces amyloid pathology. Some data indicate that antibody-antigen reactions trigger microglial cells to phagocytose, or eat up, plaques.5 A study presented at the SFN meeting, however, casts doubt on that hypothesis. A team from Elan and Massachusetts General Hospital found that amyloid deposits vanished even when antibodies against Ab lacked the Fc portion needed for phagocytosis.6

David M. Holtzman, an associate neurology professor at Washington University School of Medicine in St. Louis, champions another theory. He proposes that antibodies usually bind to Ab in the plasma, outside the central nervous system. The plasma then serves as a sink for Ab, sucking it from the brain and shifting the equilibrium between soluble peptide and plaque-associated insoluble peptide in favor of the soluble form.7 Normal processing of the antibody-antigen complex ultimately rids the body of plasma Ab.

Vaccination can prevent mouse AD models from developing cognitive deficits.8,9 But can it reverse existing cognitive deficits? Yes, according to two passive immunization studies presented at the SFN meeting.10,11 No, according to a peptide immunization study also presented.12 Dave Morgan, the peptide study's first author and a pharmacology professor at the University of South Florida College of Medicine in Tampa, suggests two explanations for the negative finding. Vaccination might be ineffective because old mice have weaker immune systems. Alternatively, if Ab clogs the brain long enough, it might create damage that its removal can't reverse. Morgan says most researchers doubt that vaccination "is going to take somebody who's demented and cure him."

Douglas Steinberg (dougste@ATTglobal.net) is a freelance writer in New York. 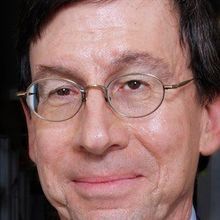 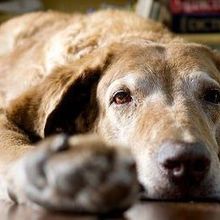