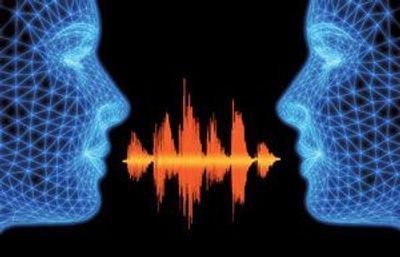 Four years ago, a finding that defects in a single gene could severely impair language set off a race to learn what the gene, FOXP2, could reveal about language's neural basis.1 After the gene was made known through studies of the so-called KE family, half of whom had the defect and could barely speak, analyses showed that gene expression corresponded in surprising ways with development in language-linked brain areas.

Other enticing clues emerged. The human version of the gene differs by just a few base pairs from that of chimps.2 More recently still, researchers found that FoxP2-knockout mice are unable to produce certain vocalizations,3 suggesting to some that the gene holds a primal place in the development of communication. But results are as puzzling as they are beguiling, dredging up debates about the nature of language and the ability of a...

WHAT KIND OF LINK?

Expression studies were limited says Fisher, a codiscoverer of the FoxP2-language link, but the studies paved the way for deeper investigation. Now, "there are half a dozen or a dozen groups doing this in a very intensive way," says Joseph Buxbaum, research professor of geriatrics and adult development and associate professor of psychiatry and neuroscience at Mount Sinai School of Medicine in New York.

Nevertheless, even coauthors on the original paper linking FoxP2 and language disagree about which aspects of speech further research might elucidate. Some argue that FoxP2 is involved only in the mechanical aspects, while others claim the gene plays a role in both the mechanical and cognitive sides.

FoxP2 belongs to a large family of transcription factors that sport a characteristic DNA-binding domain called a forkhead or winged helix. They are found binding with other copies of themselves, or other fork-head Fox family members, in several configurations. Like most other Fox genes, FOXP2 is most active during embryonic development.

In the embryonic brain, FoxP2 expression is associated with the development of neural circuitry "that ultimately develops to have speech and language mapped onto it," said Faraneh Vargha-Khadem, head of the Developmental Cognitive Neuroscience Unit at the Institute of Child Health, University College London, and a codiscoverer of the proposed FoxP2-language link.

Vargha-Khadem proposes that the circuitry consists mainly of two loops that contain many of the brain areas associated with muscular control. Thus, she contends that the gene governs mainly mechanical aspects of language. "We don't believe that any of these [brain] areas produce or translate the thought pattern into our head into a stream of utterances," she says. "That is very much cognition, and we don't have a clue about that."

Others disagree. Philip Lieberman, professor of cognitive and linguistic sciences at Brown University, says FoxP2 influences structures deep in the brain, "important in regulating both motor and cognitive flexibility."

The two are more tightly intertwined than is obvious at first glance, he argues. Researchers have found strong FoxP2 expression in the basal ganglia, structures crucial for stringing together detailed sequences of actions in the correct order, and orchestrating changes in the sequence if necessary. Lieberman cites findings suggesting that this sequencing applies to both physical action and thoughts.4

Fisher supports the notion of FoxP2 having both mechanical and language processing roles. He says that deficits in affected members of the KE family are both cognitive and motor. "There are tests of 'receptive grammar,"' or comprehension, he argues, "that they do have deficits in, although it's not as pronounced as [their] articulation problem."

Molecular studies currently in the works aren't generally geared toward resolving this debate directly. "I don't think they can serve that function immediately, because we don't understand enough about the neural basis of language," says Gary Marcus, a cognitive neuroscientist at New York University. Answers may take decades, he adds, but the molecular studies will contribute to them.

Buxbaum has identified specific sites of cellular pathology in Foxp2-mutant mice he developed. These included a disorganized distribution of Purkinje cells in the cerebellum.3 He has turned to studying FoxP2 in the embryonic cerebellum, to "see which genes are turned off inappropriately in these cells" when FoxP2 is mutated. For this he is using microarray technology, which measures activity of genes in a tissue samples based on how many of their mRNAs attach to DNA probes on a chip.

The knockout mice should prove to be invaluable tools for study. But Fisher, for one, disagrees that the infrequency of the mice's high-pitched squeaks suggests any deeper evolutionary role for FoxP2 in language. "The actual properties of the individual vocalizations made by the mutant mice are indistinguishable" from those made by normal mice, he writes in an E-mail.

Fisher says his group has found at least one new FoxP2 mutation linked to language problems.5 Having additional variants could reveal more "about the way that FoxP2 is being impaired," he says. Fisher says he is introducing the variants into neuron-like cell lines to study the effects on gene expression, again using microarrays. Such studies should shed light, for instance, on whether the problem is one of dosage levels, improper nuclear localization, or something else.

And finding the regulatory targets of FoxP2 is of prime importance, Buxbaum and Fisher say. "What we might find is that with one or a few of the targets ... there might be more known about them than about FoxP2 itself," Fisher notes. Antonio Benítez-Burraco of the University of Seville in Spain proposes that these targets may include other Fox genes, as well as genes known to participate in basal ganglia development, including DLX1, MASH, and GSH2.6

Hiroshi Takahashi of the Mitsubishi Kagaku Institute of Life Sciences, Tokyo, is using chromatin immunoprecipitation to pinpoint downstream FoxP2 targets. He says a further step will be to confirm through in vivo electroporation that the identified genes are really FoxP2 targets. This would involve introducing different versions of the gene into neurons to study the effects on gene expression.

Some FoxP2 target genes might be implicated in specific language impairment (SLI), a common language development delay, Takahashi says, and a link to autism might exist. He also proposes that distinct cell populations in the basal ganglia, called striosomes, may be key sites of FoxP2 action relevant to language.7 The striosomes are notable for connections they receive from the limbic areas, a set of structures involved in emotion. FoxP2 may help set up these pathways.

Vargha-Khadem is working to elucidate such pathways through diffusion tensor magnetic resonance imaging, a rapidly advancing method for mapping the brain's fiber tracts. She is using this to image differences between KE family members, their unaffected siblings, and unrelated controls.

This might shed light on the debate over whether FoxP2 affects only speech's mechanical aspects, or more, says Marcus. If tractography reveals that the mutation disrupts links between the Broca and Wernicke areas of the cortex, both traditionally implicated in cognitive functions of language, it might indicate the gene is important for more than motor activity. Notably, Vargha-Khadem says, FoxP2 isn't particularly strongly expressed in either area, which neuroscientists have long considered, as a pair, to constitute the main seats of language functions.

FOXP2 may not be the language gene, Fisher says, but "it's like a little window into these processes." It provides ample room for exploration precisely because it's a transcription factor, which can lead naturally to discoveries of related genes, he adds. But "It's going to take decades to really sort out what it's doing."