When considered today, most papers written prior to 1940 - when the structure of DNA was not yet known, and even before DNA was shown to be the medium of genetic inheritance - seem relics from science's "antediluvian" period. In the past 50 years, there has been a flood of discoveries in virtually every field of science, and as the pace of research accelerates, papers are aging ever more rapidly.

A few of the old papers, however, have managed to live on long past their prime, proving useful to researchers after others of the same generation have faded into obscurity. Indeed, some papers more than a half-century old are still being cited with significant frequency, and The Scientist has reviewed data from the Institute for Scientific Information's Science Citation Index (SCI), 1945-88, to identify the most-cited among them. The top 10 venerable papers are listed in the accompanying table.

This august group is, not surprisingly, dominated by methods papers. Whereas articles describing techniques were excluded from last issue's survey of the citation superstars of the 1980s (The Scientist, Jan. 8, 1990, page 18), here they are included. The reason? These papers exhibited an exceptional citation impact over many decades; seven, in fact, did not achieve their citation peak until the 1970s and 1980s. The late Hans A. Krebs, Nobel laureate and author of the fourth-ranking paper in the table, observed in 1980 that "the frequent quotation of methods papers unequivocally demonstrates the usefulness of such papers."

Aside from usefulness, there are, of course, other reasons why certain aged papers might continue to collect many citations. In the Third World, for example, researchers lacking up-to-date instruments may have no other option than to use older methods with their rudimentary apparatus. In large measure, however, citations to these venerable papers do, in fact, reflect utility and impact.

Before discussing select papers, a few comments are in order on the group. The least cited among them (No. 10) is the 211th most-cited paper for the period 1945-88, according to the SCI. The first-ranking item in the table is the eighth most-cited paper over this same period. (The most-cited paper of all is Oliver H. Lowry's description of a method for measuring protein, published in 1951. It has now collected more than 206,000 citations, about 8,000 of them in 1988 ["The 4 most cited papers: Magic in these methods," The Scientist, Aug. 8, 1988, page 15]). It is remarkable that approximately 5% of the most-cited papers of the post-Word War II era (10 of 211) were published before 1940.

That 1925 paper describes an improved and simple method for measuring phosphorus in blood and urine. So widely used was it that it became known as the "Fiske-SubbaRow method." In 1959, Grant B. Bartlett introduced a modification of the Fiske-SubbaRow procedure that, he reported, gave a several-fold increase in sensitivity and greater color stability (G.R. Bartlett, "Phosphorous assay in column chromatography," J. Biol. Chem., 234:466-8, 1959). Many scientists, however, continued to cite the Fiske-Subba-Row paper.

Old dogs, it seems, did not want to learn a new trick. It was not until 1982 (in other words, a generation later) that citations to Bartlett's paper finally outpaced those to Fiske and SubbaRow's, and then by only two citations (502 versus 500). Since then, Bartlett's paper has pulled ahead. In 1988 it collected 370 citations, 65 more than the Fiske-SubbaRow paper.

The second most-cited among the venerable papers, published in 1934, introduced new graphic methods for plotting in linear form enzyme kinetic data. It is an interesting example, too, of the occasional failure of the peer review system. This highly cited paper was turned down not once, but twice, by Journal of the American Chemical Society (JACS) referees. Finally, however, JACS editor Arthur B. Lamb invoked "editorial privilege" and published Lineweaver and Burk's article. It went on to become the most-cited paper ever published in JACS.

In 1985, Hans Lineweaver looked back on this paper and asked himself: "Why the many citations? The paper revealed no new fundamental concepts or profound results. It did describe, with examples, a simple treatment of enzyme kinetic data that yielded straight-line plots if the data are consistent with a postulated mechanism, and these can be extrapolated easily to yield characterizing constants of the enzyme. I like to think that its popularity and use in textbooks is partly because it includes rather thorough yet concise comments naming limitations and precautions (not always applied by investigators) that must be considered when interpretations are drawn from manipulation of kinetic data. It was perhaps serendipity that the paper was timely, having appeared just after interest in enzyme research was increased by the Nobel Prize-winning proof of John Northrop, Wendell Stanley, and James Sumner that enzymes are proteins rather than some phantom substance" (see H. Lineweaver's Citation Classic commentary in Current Contents/Life Sciences, 28[11]:19, 1985).

The third most-cited paper in the table, published in 1938, gives a method for calculating biological endpoints for toxicity on test animals. The method of Reed and Muench involves larger groups of animals than had been used previously, especially at the two critical solutions on either side of the endpoint, "to cover a wide range of possible variations in titer" (page 493). The Reed-Muench paper received 157 citations in 1988.

It will surprise few that one of Hans Krebs' papers is among this batch of venerable research - but it is probably not the one most would expect. Krebs won his 1953 Nobel Prize for the discovery of the citric acid cycle, now known as the "Krebs cycle," published in a 1937 paper. But a 1932 paper by Krebs, announcing his discovery of the ornithine cycle of urea synthesis, has received more explicit citations than his landmark 1937 paper. In fact, this research of 1932 provided the conceptual basis for Krebs' 1937 discovery.

Limited space permits only brief mention of the venerable papers ranking fifth through 10th. Three of the remaining papers (Nos. 5, 8, and 9) present simple, quantitative techniques for determining the presence of various biochemical substances in blood, urea, or other solutions. Citations to these papers are now declining rapidly: In 1988, the Bratton-Marshall paper received 64 citations, whereas the Mejbaum paper attracted 12, and the Van Slyke-Neill paper only six.

The sixth-ranking paper, by Higgins and Anderson, reports the results of a systematic analysis of the rate of restoration of the liver in rats. Restoration was found to begin on the day of surgery, peak during the third and fourth days, and be essentially completed after two weeks. During the 1970s and 1980s, this paper continued to receive more than 100 citations a year.

The last two papers, by Brunauer, Emmett, and Teller (No. 7) and by Job (No. 10), represent classics of chemistry and give this list a broader focus than life sciences alone.

In a Citation Classic commentary, Paul H. Emmett explained that the paper he co-wrote with Stephen Brunauer and H-Bomb father Edward Teller "is generally recognized . . . as the best approach to the measurement of the surface area of catalysts and other finely divided and/or porous materials" (see P.H. Emmett, Current Contents/Physical, Chemical & Earth Sciences, 17[35]:9, 1977). The adsorption equation that the trio derived is known as the "BET Equation," an acronym based on the authors' surnames. The paper reached its citation peak, so far, in 1983 with 109 citations; in 1988, it collected 89 citations.

Finally, the 10th-ranking paper, by Job, discusses complexes that in solution are in mobile equilibrium with their constituents. Job showed how to determine the formula of a complex formed by the mixture of two solutions, as well as its equilibrium constant. This report received 48 citations in 1988; its peak was 106 citations, in 1975.

It remains to be seen whether the acceleration of the research enterprise in the 1990s and beyond will make such venerable papers even rarer than they already are.

David Pendlebury is an analyst in the Corporate Research Department of the Institute for Scientific Information in Philadelphia. He is also editor of the monthly newsletter ScienceWatch. 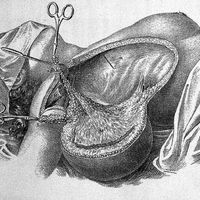