In John Eppig's world, the egg reigns supreme. "It's where developmental biology begins," he says. Trying to understand the workings of eggs has occupied Eppig's entire career, the past 30 years of which he's spent at the Jackson Laboratory in Bar Harbor, Maine.

His affair with the oocyte began while he was a graduate student at the Oak Ridge National Laboratory in Tennessee. His project involved studying the pigmentation of frog eggs. But long before that, Eppig says, "I found myself more interested in the eggs than in the pigment." After two years on the faculty of the City University of New York, Eppig moved to the Jackson Lab to "get in on the ground floor" of mammalian oocyte development. He says he believed that he could harness the power of genetics (which was moving forward faster in mice than in frogs) to crack the secrets of the egg, namely,...

LISTENING TO THE EGG

The key to producing a good egg lies, in large part, in the communication that occurs between the oocyte and the follicular cells that surround and support it. These cells help to direct oocyte development, and their receptors recognize the hormones that command the egg to mature and eventually emerge from its follicle during ovulation. For decades, however, researchers eavesdropped on only half the conversation by investigating what follicular cells tell the egg.

In the early 1990s, Eppig and his colleagues turned their attention to what the egg has to say. They've discovered that the oocyte runs the show, using follicular cells to its own advantage. For example, Eppig, along with research assistant Frank Pandola, and post-doc Koji Sugiura, recently showed that oocytes secrete a factor that boosts the expression of several glycolytic genes in the follicular cells that lie closest to them. This glycolytic goosing benefits the egg because oocytes are unable to use glucose as an energy source. The oocyte depends on the nurturing follicular cells to partially digest the sugar and then pass on the metabolites. Eppig and his team are currently working to track down the factor or factors responsible.

Eppig also found that oocytes control the rate at which follicular cells develop and whether the cells express the receptors that will eventually trigger ovulation. "It was previously thought that the oocyte was a passive passenger on the 'Good Ship Follicle,"' he says. "But it's becoming clear that the oocyte is the captain of the ship." Synchronizing maturation of the oocyte with growth of the follicle is critical, says Eppig. Miscommunication between these cells would create a poor-quality oocyte that is incapable of undergoing embryonic development, or worse, one that produces offspring that have birth defects or grow up riddled with disease.

Perhaps that's what happened to Eggbert, a pioneering test-tube mouse baby. Throughout the '80s and '90s, Eppig worked on perfecting conditions for culturing mouse oocytes. In his rodent reproductive clinic, Eppig and his assistants would remove oocyte-follicular cell complexes from young mouse ovaries, grow them in culture, fertilize the eggs, and reimplant the embryos in a surrogate mother. About two weeks later, they had cages full of babies. The researchers then explored whether they could produce oocytes with full developmental potential from primordial follicles taken from newborn mice. They coaxed them to grow, fertilized and implanted them. And then one little mouse was born.

"This was the first time anyone was able to take a baby oocyte all the way to a complete organism," says David Albertini, a friend and colleague at the University of Kansas Medical Center in Kansas City. "It was a huge achievement."

But Eggbert was "one sick puppy," says Albertini. "He quickly turned into a fat, sessile mouse" and developed neurological abnormalities. With an of 1, it's hard to say what caused Eggbert's problems. But, Eppig and his colleagues have since improved the culture conditions and produced dozens of healthy mice from primordial follicles. They're now pursuing experiments in animals to see whether poorer-quality oocytes deprived of essential factors in culture could generate animals that are physiologically compromised. "We don't have the answers yet," says Eppig. "But we're working on it."

Albertini, who once did a sabbatical with Eppig, says, "If you wanted to do this experiment tomorrow, you'd be a fool not to give him a call and go spend a week or two in his lab," if for no other reason than to learn about the special reagents. The water, for example, comes from nearby Seur de Mont Spring. Marilyn O'Brien, another of Eppig's long-time assistants, collects it by the bucketful. "One winter she fell in," says Eppig, so he provided her with some snowshoes with crampons. "Working with John is not dull," laughs O'Brien. "You never know what to expect."

Sometimes even Eppig doesn't know what to expect. Consider, for example, the large-scale mouse mutagenesis program. With his Jackson Lab colleague Mary Ann Handel, Eppig has generated a repository of mutant mice in which to search for models of human infertility. The screening process, he explains, involves "letting the mice do their thing." Those that fail to reproduce are admitted to an "infertility clinic" where the researchers pinpoint their shortcomings. Handel assesses the males, and Eppig, the females.

At the very least, the resulting mutants should yield additional insights into how sperm and egg develop. Eppig hopes the critters will also provide targets for novel contraceptives. Current chemical contraceptives center on "steroids, steroids, steroids," he says. The mutagenesis project offers a chance to develop something totally different, and totally specific. "It's an unbiased approach whose endpoint is exactly what you want in a contraceptive: an animal that's running around, happy as can be, but is infertile."

Eppig would also like to see his work applied to helping people with infertility. But the more immediate problem in human reproductive biology, he says, "is not making more babies, but making fewer babies, or making babies when you want them and not when you don't."

GO FORTH AND MULTIPLY

In addition to his countless furry, four-footed offspring, Eppig has nurtured dozens of students and postdocs, many of whom have gone on to pursue their own careers in reproductive biology. In the summer of 2003, nearly every one of them returned to the nest to celebrate Eppig's 60th birthday. The surprise party was co-organized by Evelyn Telfer, a senior lecturer at the University of Edinburgh. One of Eppig's former post-docs, she joined his lab after hearing him talk about his oocyte culture system.

Eppig's scientific progeny and other assorted colleagues flocked to the celebratory seminar from Japan, Italy, France, China, and all around the world, says Telfer. Eppig, for his part, was "completely gobsmacked," she says. Most stunning of all: He was speechless, and Eppig is rarely at a loss for words, no matter how silly. An incorrigible punster, Eppig has pet phrases for just about everything; he refers to aging female mice as going through "mousopause," for example.

His fun-loving attitude had somewhat surprised Telfer. In the United Kingdom, she says, "We thought Americans were hard-nosed about everything and always go, go, go." But she found people at the Jackson Lab to be "very friendly and open. And John was so willing to engage in all kinds of discussions and was always blasting Jimi Hendrix in the lab."

"I became convinced that Jimi Hendrix was the reason why experiments worked," he admits. Nowadays Eppig works less in the lab, perhaps because he can't find anything. "I go in and open a drawer and say, 'Isn't this where we keep the pipettes?' And someone says, 'No, we moved them three years ago."'

Traveling also keeps him busy, probably because "he gives a great presentation," says Telfer. Ironically, the talk she remembers most was one he didn't attend. It was April 2003, right after the United States had invaded Iraq. Rather than risk flying, Eppig sent a set of PowerPoint slides with a voiceover. "Halfway through the talk," says Telfer, "the voice went, 'Hey, you in the third row, wake up!"' Sure enough, a dozing participant was startled nearly out of his seat. "Everyone just laughed," says Telfer. "I told John not to bother coming to any more meetings. Just send the presentation."

Without a doubt, Eppig will continue to listen to his eggs and share their stories for as long as they have something to say. "At my age, I'm starting to realize that most of my professional life is behind me," says Eppig. "It's too bad, because we're really just beginning to understand things on a molecular basis. I'd like to be able to hold on and learn as much as I can before I go to whatever the next existence might be." 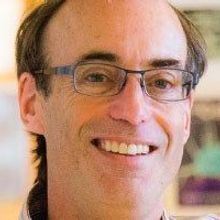