When he was a child growing up in northern British Columbia, Leonard Foster's great aunt spread natural willow extract over her garden to promote plant root growth; when Foster and his three younger siblings came down with sore throats, his mother served hot tea spiked with a resinous mixture, called propolis, which is made by honey bees.

These traditional customs seemed to work. But Foster wasn't entirely convinced. Starting at age nine, Foster entered science fair projects where he tested willow extract's fertilizer potential and propolis's anti-bacterial properties. "I wanted to find out if there was any truth to what my mom and my great aunt were doing, or if it was literally an old wives' tale," he recalls.

Foster's interest in honey bees took him to Simon Fraser University for his undergraduate degree, where he searched for queen bee pheromones. In the undergraduate dorm, however, other pheromones attracted him to his would-be wife and regular collaborator, molecular biologist Carmen de Hoog. Meanwhile, in his coursework, he developed an interest for biochemistry - particularly protein movements and interactions.

For his PhD, Foster investigated intracellular trafficking of the insulin-regulated glucose transporter, GLUT4, at the Hospital for Sick Children, in Toronto. Although his graduate work focused on the cell biological minutiae of the transporter, he was already thinking on a larger scale, says his PhD mentor Amira Klip. "Leonard was always inclined to the quantitative analysis of any observation."

In 2001, Foster joined Matthias Mann's lab at the University of Southern Denmark in Odense. "That was right at the time that people realized quantitative proteomics could be done," Foster says. Foster wrote the first software - initially called SPINX, but later adapted into the widely-used MSQuant program - to analyze data from a newly developed quantitative mass spectrometry-based approach for identifying proteins. He applied the method to pinpoint 241 components of specialized, cholesterol-rich cell membrane assemblies called lipid rafts, whose functional role had been widely debated. His analysis turned up a suite of signaling molecules, thereby nailing down the central role of rafts in cell signaling.

The lipid raft project was "completely [Foster's] own idea, and I think that's still one of most compelling experiments in the field," says Mann, now at the Max Planck Institute of Biochemistry in Martinsried, Germany. "Leonard can conceptualize a whole experiment, and he can actually finish it, even if he has to learn a new field," he adds.

In 2004, Foster, together with de Hoog, used the same approach to quantify focal adhesion proteins, which form centers for cell-matrix attachment and signaling. This analysis revealed a novel structure involved in the way individual cells spread out when they first contact a surface. In 2005, Foster returned close to home to start his own lab at the University of British Columbia, and the next year, he used another mass-spectrometry-based proteomic analysis called protein correlation profiling to map more than 1,400 proteins to ten cellular compartments in mouse liver cells.

Now, Foster is primarily applying quantitative proteomics to track organelle signaling and to work out how hosts and pathogens interact at the protein level. But he's also gone back to the organism that first set him abuzz with science: bees. Last year, Foster received a grant to study the proteins involved in honey bee innate resistance to mites, viruses, and bacteria. "It all came full circle," he says. "But we're doing bee research in an entirely different way." 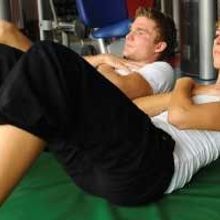