Bisrat Godefay Debeb used to get some odd looks when he asked people to hand over bits of sheep they were preparing for dinner. As an undergraduate in veterinary medicine at Addis Ababa University in Ethiopia, he was enthralled by his studies and would collect hearts and lungs that family members had removed from the animals at their home in Tigray to show younger students how the respiratory and circulatory systems functioned. Even when his family planned on cooking the organs, Debeb recalls, “I was like, ‘No, you cannot do this. I have to show this to my students.’”

Debeb had always been interested in biology, but the realization that he wanted to turn this interest into a research career came toward the end of his degree. For his senior project, he analyzed raw cow’s milk at dairy farms and milk collection centers and detected bacterial contamination, some of which posed a health risk. The university awarded him a medal for academic excellence, and the findings were published in 2000, with Debeb as the first author. “That really introduced me to how to do research,” he says.

After a stint spent lecturing at Addis Ababa, Debeb moved to the US on a USAID fellowship. He completed a master’s in epidemiology at Tuskegee University in Alabama in 2005 and went straight to Texas A&M University for a PhD. There, he started out working on lentiviruses, but soon switched to stem cell biology, and began characterizing extraembryonic endoderm cells, which compose the yolk sac of mammalian embryos.

Toward the end of his PhD, he attended a talk by Baylor College of Medicine’s Jeffrey Rosen, who “presented about cancer stem cells—a small population of cells that have an enhanced capacity to generate tumors,” Debeb recalls. “More importantly, they are the ones that mediate metastasis and also cause resistance to standard therapy.” Intrigued, Debeb began looking for postdoc opportunities on the subject. Rosen recommended Wendy Woodward’s lab at the University of Texas MD Anderson Cancer Center. Debeb had “done really interesting work on stem cells,” says Woodward. “And he was such a well-spoken, eloquent, smart interviewee that he really stood out as a great candidate.”

Joining Woodward’s lab after earning his PhD in 2008, Debeb dived into studying stem cells in aggressive breast cancer. In 2012, the team published findings suggesting that HDAC inhibitors, drugs then being investigated in clinical trials for breast cancer, can actually boost the population of cancer stem cells. The work inspired a clinical trial to see how HDAC inhibitors might be combined with other drugs to produce more-favorable responses. Although the study stalled for logistical reasons, Woodward says, “it was really interesting, and a striking achievement for a postdoctoral fellow.”

Debeb had meanwhile become interested in another problem: a lack of animal models to replicate the spread of breast cancer to the brain. He began developing a handful of mouse models to do just that, recreating metastasis by using breast cancer cells injected into the tail vein or transplanted onto the mammary gland. He identified the microRNA miR-141 as a key regulator and potential biomarker of brain metastasis along the way. “Bisrat has been sort of a pioneer in developing the brain metastasis model for inflammatory breast cancer,” Rosen says. “This was a major advance.”

Since 2017, Debeb has been an assistant professor at MD Anderson, where he continues to investigate metastasis. Recently, he and collaborators identified depleted T cell populations, increased oxidative metabolism, and other cellular and metabolic changes associated with the spread of cancer to the brain. He’s also continuing work on E-cadherin, a cell-surface protein upregulated by miR-141. The research is supported by a four-year grant from the American Cancer Society.

From Houston, where he’s happily settled with his wife and three children, Debeb has also been establishing collaborations with researchers in Tigray. One recent project with Ayder Hospital aimed to improve screening and treatment for cancer patients—although the work came to a standstill when armed conflict erupted in the region last November. Worried for family members and for Tigray’s future, Debeb’s now thinking about how to contribute to recovery efforts. With violence and communication blackouts plaguing the region, the possibility feels distant, he says, “but I want to . . . help in that, in rebuilding Tigray.” 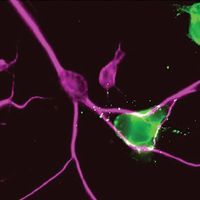 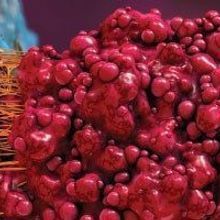