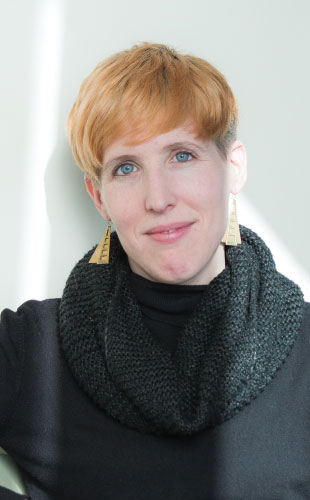 © BEA UHARTChristina Schmidt was catapulted into sleep research by an ad in a Belgian newspaper. She had earned her first degree in psychological sciences from the University of Liège in 2004 and completed an internship in a neuropsychology research lab under Philippe Peigneux as an undergrad. But at graduation, Schmidt didn’t have a concrete plan for her future.

Her grandfather saw the newspaper ad, placed by Switzerland’s Federal Commission for Scholarships for Foreign Students to announce open applications for research fellowships, and encouraged her to apply. On the advice of Peigneux, Schmidt wrote to a chronobiology lab run by Christian Cajochen at the University of Basel and secured the scholarship.

Inviting Schmidt to his lab “was a very good decision,” says Cajochen. While working in the Swiss lab, Schmidt studied the relationship between memorizing a difficult or easy list of words and subsequent brain activity during a...

Two PhD students in the lab had already turned down this project by the time Schmidt arrived, but she tackled it head-on, Cajochen says. “She took the idea and thought about it, improved it, and excelled,” he recalls. “This you would never expect from a master’s student, but she’s special.”

While in Switzerland, Schmidt realized that she needed to look at sleep-wake cycles, not just sleep, if she wanted to gain a better understanding of the field. In 2005, she returned to Peigneux’s lab at the University of Liège to begin her PhD. “We already knew her as a very discreet and modest student, but very serious and clever,” says Peigneux, now a professor at the Université libre de Bruxelles.

Using fMRI, Schmidt compared people with extremely different chronotypes—either night owls or early risers whose circadian cycles were naturally offset from each other by about four hours—at times corresponding to the individual subjects’ early and late hours. During fMRI sessions performed a few hours before participants settled in for their preferred bedtime, night owls were less sleepy, performed faster on an assigned task, and had more activity in arousal-promoting brain regions compared to the morning chronotypes, indicating a relationship between preferred circadian patterns and times of optimal alertness.2

In 2009, Schmidt moved on to a postdoc, working again under Cajochen. “I gave her a lot of freedom because I trusted her, and she did a great job,” he says. For her research project, Schmidt demonstrated that individuals’ responses to sleep deprivation at different times of the day are modulated by a polymorphism in a gene called PERIOD3.3

Schmidt came full circle in 2013, moving back to Belgium and taking a position as a research associate at the University of Liège’s Cyclotron Research Center. She’s currently writing up the remainder of her postdoc results and beginning to explore how sleep regulation changes with age. Of her now-deceased grandfather, Schmidt reflects, “He just said ‘Look, try this out,’ and now I’m here. He would be happy to hear about it, I think.”