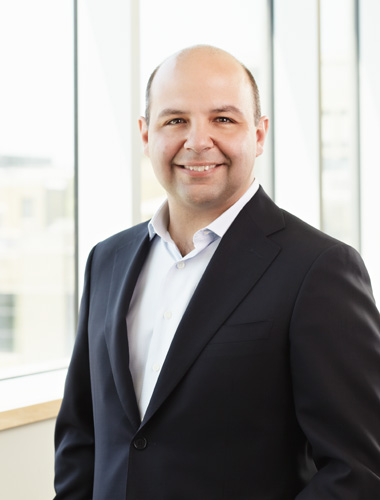 Growing up outside of Montreal, Daniel Durocher was enthralled by the stars. And though he aspired to be a physicist or an astronomer, “my encounters with math were not so successful,” he says with a laugh. Still, science called to him, and when undergraduate work at The University of Montreal introduced Durocher to the world of gene transcription, he assumed he’d found a field he would stick with.

In 1997, as a graduate student at McGill University, he found that two proteins important in cardiogenesis—the GATA-4 transcription factor and the Nkx2-5 homeodomain protein—are actually cofactors, providing the framework for the convergence of two pathways vital to heart cell development.1 For his postdoc, Durocher wanted to move from studying cardiac cells to probing transcription at a more basic level, but his plans were derailed when he met Steve Jackson.

METHODS: During an interview about...

So he zeroed in on the forkhead-associated (FHA) domains of proteins, sequences thought to mediate protein-protein interactions, mostly in the cell nucleus. Durocher wanted to figure out how proteins with FHA domains become organized in response to DNA damage; he found that the FHA domains interact with proteins that are phosphorylated.2 “They were absolutely beautiful results,” says Jackson. “We looked at this and said, ‘That’s what you’re going to be working on from now on.’”

RESULTS: The findings opened a new window onto FHA protein function and gave Durocher a thirst for finding new players and pathways in DNA damage responses. In 2001, he set up his own lab at the Samuel Lunenfeld Research Institute in Toronto, and began genome-wide screening to net proteins involved in DNA repair.

His postdoctoral work had been done in yeast, but Durocher decided to expand and work with mammalian cells. He convinced a postdoc and a student to spend 18 months helping him set up the screen. “It was a huge risk I was taking,” he says—but one that paid off.

One of the proteins that turned up in his screen was RNF8, a ubiquitin ligase that also happened to have an FHA domain. Coincidentally, Jackson’s lab was also homing in on RNF8, and when both lab leaders realized they were working on the same target, they collaborated in publishing their results. Durocher and Jackson showed that RNF8 binds to the DNA damage mediator protein MDC1, and is then involved in recruiting the damage-response proteins 53BP1 and BRCA1 to sites of double-strand breaks in DNA.3

Part of that appears to be due to Durocher’s willingness to strike out into unfamiliar territory. “He’s never been shy of entering new models,” Woodgett says. Jackson says he’s glad he managed to persuade Durocher to chase down DNA damage repair with him. “In the end it’s where his destiny turned out to be.”