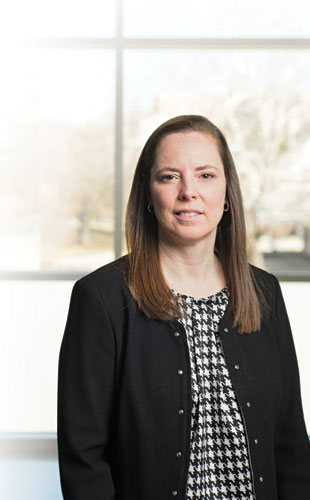 © JASON DAILEY PHOTOWhen she was an undergraduate studying marine biology at Texas A&M University at Galveston, Emily Scott received a late-night phone call from her professor. A bunk had become available on a research boat bound for oxygen-depleted “dead zones” in the Gulf of Mexico, but it was leaving the next day. Scott jumped at the chance. Despite battling seasickness as she took course exams on board the ship, Scott enjoyed her first taste of hands-on science. “I was hooked, and I went back every chance I got,” she says.

Scott was interested in benthic invertebrates, in particular brittle stars, which have hemoglobin in their water vascular systems. That led to her fascination with heme proteins, which enfold a permanently bound iron-containing molecule and carry out a diverse range of biological functions.

METHODS: In 1995 Scott embarked on a PhD at Rice University in Houston, where she...

But Scott knew that globins, the most well-studied heme proteins, were not the best area for a young scientist to make an impact. Instead, she decided to tackle cytochrome P450s (CYP450s), a heme-containing family of multitasking enzymes that can bind and metabolize a wide range of foreign chemicals in the body, including drugs, environmental pollutants, and carcinogens. “How they’re able to bind these small molecules is a big deal,” says Scott.

When she returned to Galveston in 1999, as a postdoc in biochemist James Halpert’s lab at the University of Texas Medical Branch, Scott took on a daunting task: determining the structure of CYP450 2B. After 4 years, Scott had solved the crystal structure for rabbit CYP450 2B4.1

RESULTS: She prevailed, Halpert says, due to her “outstanding powers of observation and reasoning and her ability to draw on the insights and experience of others.” In 2004 Scott set up her own lab at the University of Kansas, where she has continued to probe CYP450s, providing “a crucial link between functional and structural data,” according to Halpert. She has also begun to apply that knowledge to prevent and treat disease.

Last year, Scott’s group solved the first crystal structures of CYP450 17A1, an enzyme critical to the synthesis of androgens in humans.2 Androgens are an important part of male physiology, but they also support the growth of metastatic prostate cancer. So understanding how CYP450 17A1 functions “has very direct medical relevance in that it provides a basis for improving inhibitors currently in clinical trials,” says Halpert.

DISCUSSIONS: Scott’s lab has also investigated CYP450 2A13, which breaks down and clears a particular form of nicotine, creating two carcinogenic agents in the process. Inhibition of CYP450 2A13 activity could reduce lung cancer initiation in smokers, so Scott is developing compounds fit for that purpose.

Last year, she revealed the structural basis for how 2A13 binds nicotine and provided evidence for the substrate access channel.3

Scott’s achievements won her the 2012 International Society for the Study of Xenobiotics North American Young Investigator Award. Not that she needs any extra motivation. “I love looking at how these proteins work on an atom-by-atom level,” she says. “It’s like a puzzle, and it’s very addictive.”