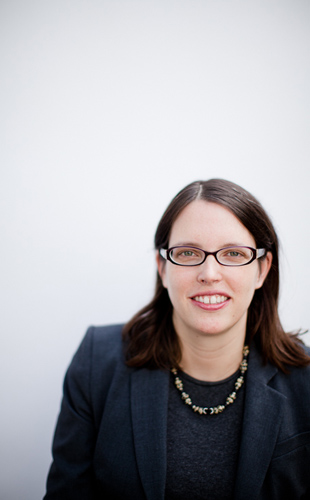 MATT KALINOWSKIResults from the Human Genome Project were coming in when Erica Larschan was in high school. Larschan’s father, aware of her interest in biology, took her to a lecture at Northeastern University by one of the leaders in the human genomics field. “I was really fascinated,” she says, and the experience encouraged her to pursue a career in biology.

While an undergraduate majoring in biochemistry at Wellesley College, in her hometown in Massachusetts, Larschan spent three summers doing research in a cancer biology lab at Harvard Medical School. At the time she heard another talk that would shape her career, this time by Harvard professor Fred Winston. In 1998, Larschan returned to Harvard as a graduate student in Winston’s lab.

In the beginning, when Larschan was learning ChIP, Winston told her to do the experiment five times to sharpen her skills. “And she did. I was amazed,” he says. “I’ve probably said that to a lot of students and she’s the only one” to actually do it.

RESULTS: Larschan continued to work on coactivators through genome-wide screens and by isolating mutants. By 2004, she was interested in studying a more complex genome, and around the same time Mitzi Kuroda’s lab—whose work had intrigued Larschan—moved from Baylor College of Medicine to Harvard Medical School.

Larschan joined the lab as a postdoc and began work on dosage compensation in Drosophila—a process that doubles gene expression on the male X chromosome to equalize levels with the two female Xs.
Larschan explained the mechanism by which an enzyme complex, called male-specific lethal (MSL), upregulates gene transcription during dosage compensation.2 One of her papers showed that MSL aids the progression of RNA polymerase along a gene, increasing the efficiency of transcription.3

DISCUSSION: In 2010, Larschan started her own group at Brown University. Kimberly Mowry, the chair of Brown’s Department of Molecular Biology, Cell Biology, and Biochemistry and Larschan’s next-door lab neighbor, says the recruit’s arrival brought a fresh perspective to the school’s research. We were “really wanting to go in this direction of using high-throughput approaches to analyzing gene expression,” says Mowry. “She’s somebody who’s been doing them, which really lowers the activation energy for everybody else to adopt these new technologies.” Mowry adds that Larschan is extremely generous with her time and expertise, helping anyone who wants to talk science or skills.

This year Larschan was honored with a Presidential Early Career Award for Scientists and Engineers, as well as with her second child. Her lab continues to expand, and soon two postdocs will be joining the graduate and undergraduate students she already mentors.