ABOVE: University of Guelph

Growing up, Giannina Descalzi figured she would teach—after all, the profession ran in the family. In the 1950s in Lima, Peru, her grandparents started a preK–12 school, where her father and aunt both worked as educators. Descalzi’s family eventually relocated to Ontario, Canada, but the educational bent remained: when she enrolled as an undergraduate at the University of Guelph in 2000, she initially pursued a literature degree, intent on following in their footsteps. 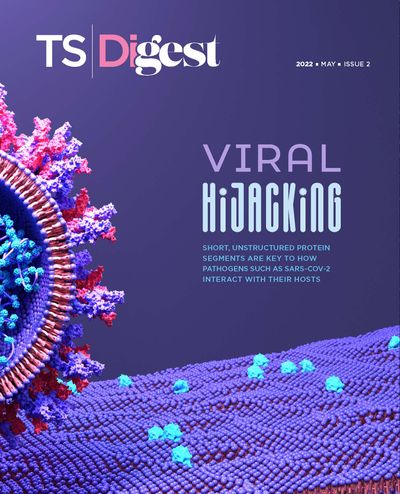 Descalzi stuck to that plan into her early college days, but her horizons broadened in 2002, when she spent a year in London teaching at a learning center for children with autism spectrum disorder. Working alongside speech pathologists and clinical psychologists, Descalzi says she developed an interest in the human brain and ended up changing her major to psychology when she returned to Guelph. In one class, she learned the concept of synaptic plasticity, or the idea that the strength of connections in the brain can change based on experience. “I walked out of that lecture seeing the world in a completely different way,” she tells The Scientist.

Descalzi went on to complete a master’s and a PhD in neuroscience at the University of Toronto, first working with neurologist Robert Chen and later with neuroscientist Min Zhuo. For her dissertation, Descalzi studied the long-term changes that occur in the brain following chronic pain—ongoing pain that persists past normal healing time, typically three to six months. She detailed aversive learning in mice that experience painful stimuli, including changes in the expression levels and protein composition of two receptors involved in modulating the strength of synaptic connections in the anterior cingulate cortex, a brain region involved in emotional regulation. She also described how chronic pain changes the expression of CREB, a transcription factor thought to be involved in long-term memory formation, in the animals’ forebrains (Mol Brain, 5:6, 2012; Mol Pain, 8:90, 2012). Sheena Josselyn, a neuropsychologist at the University of Toronto who has mentored Descalzi for almost two decades, says that Descalzi was always “super positive” while working on her PhD and succeeded in producing a large volume of papers. “She was just in the groove.”

Descalzi studies the role that murine astrocytes (green) play in chronic pain, including whether they can facilitate brain plasticity.
Giannina Descalzi

The work made her familiar with “the gargantuan amount of humans that suffer from chronic pain,” Descalzi says, as well as the fact that “our treatment options are woefully inadequate.” She wanted to dig further into the molecular mechanisms of chronic pain and elucidate how networks of neurons interact. “There are millions of cells and billions of synapses in the brain. . . . I was looking for a bigger picture of the networks involved.”

During two different postdocs, Descalzi surveyed the brains of mice to identify the genes and brain regions that drive persistent pain. At the Icahn School of Medicine at Mount Sinai, she and her colleagues found that chronic pain led to changes in the expression levels of more than 17,000 genes in multiple brain regions—including some associated with stress and depression—and in different cell types, including astrocytes, which are thought to play a substantial role in chronic pain (Sci Signal, 10:eaaj1549, 2017). Descalzi spent her second postdoc at New York University studying these cells more broadly, including their production of lactate and its importance in the formation of long-term memories (Comm Biol, 2:247, 2019). Josselyn says that Descalzi’s work “with astrocytes and at the intersection between emotion and chronic pain” are among her biggest scientific contributions.

In 2019, Descalzi returned to the University of Guelph as an assistant professor in the school’s Ontario Veterinary College. She continues to study chronic pain in mice using large-scale sequencing techniques to understand why acute pain turns into chronic pain for only some mice, as well as how chronic pain forms after stressful or traumatic situations.

Neuropsychopharmacologist and University of Guelph colleague Jibran Khokhar tells The Scientist that Descalzi has been a staunch ally as the two start their labs. “She’s willing to support me and advocate with me . . . to make science a more accepting place,” Khokhar says. Descalzi adds that as an immigrant, a Latina, and a queer woman in science, she has a desire to advocate for underrepresented groups. “Chronic pain is an intersectional condition where different people have a very . . . different experience of the medical world. I’m very cognizant of this intersectionality in the people I’m trying to help, both in academia and out.”