The newly minted Baylor College of Medicine faculty member is working to crack the mystery of triple negative breast cancer.

As a little girl, Gloria Echeverria didn’t want to be the president or a firefighter. Instead, she promised her mother that she would one day run the US Centers for Disease Control and Prevention. Her grade-school teachers encouraged her interest in science, Echeverria tells The Scientist. “Perhaps it subconsciously played some kind of role, seeing these awesome women who were so knowledgeable and passionate about the subject.”

Echeverria enrolled at Texas A&M University in 2004 with her sights set on a scientific research career. By her sophomore year, she was investigating how beneficial fungal organisms that grow on the roots of plants can be genetically enhanced to protect crops from pathogens. While wrapping up her undergraduate training in biochemistry and genetics, Echeverria began to apply for PhD programs, and she had a new focus—biomedical science. “I really wanted to take that knowledge from the plant pathology lab, and I wanted to apply it to something that I thought might have a nearer-term impact on human health and well-being,” she says.

In 2008, she joined Thomas Cooper’s lab at Baylor College of Medicine in Houston and studied how RNA splicing can go haywire in patients with the genetic mutation that causes the muscular disease myotonic dystrophy type 1. After completing her PhD in 2013, Echeverria moved across town to Helen Piwnica-Worms’s lab at MD Anderson Cancer Center to study another disease she’d heard about in her graduate studies, triple negative breast cancer (TNBC).

Up to 15 percent of all breast cancers are TBNCs. Scientists gave the cancer that name because the malignant cells don’t have estrogen or progesterone receptors and don’t overexpress the HER2 protein; all three are therapeutic targets in breast cancer. TNBC is particularly hard to treat because it is “defined by what it lacks, not by what it is,” Echeverria says. “One of the big challenges with triple negative is it’s very heterogeneous,” meaning that each tumor can have different types of malignant cells within it and that no two individuals’ TNBCs are the same, she explains. “It’s kind of like the leftover bucket for all the cancers that don’t have the things that we understand well.” 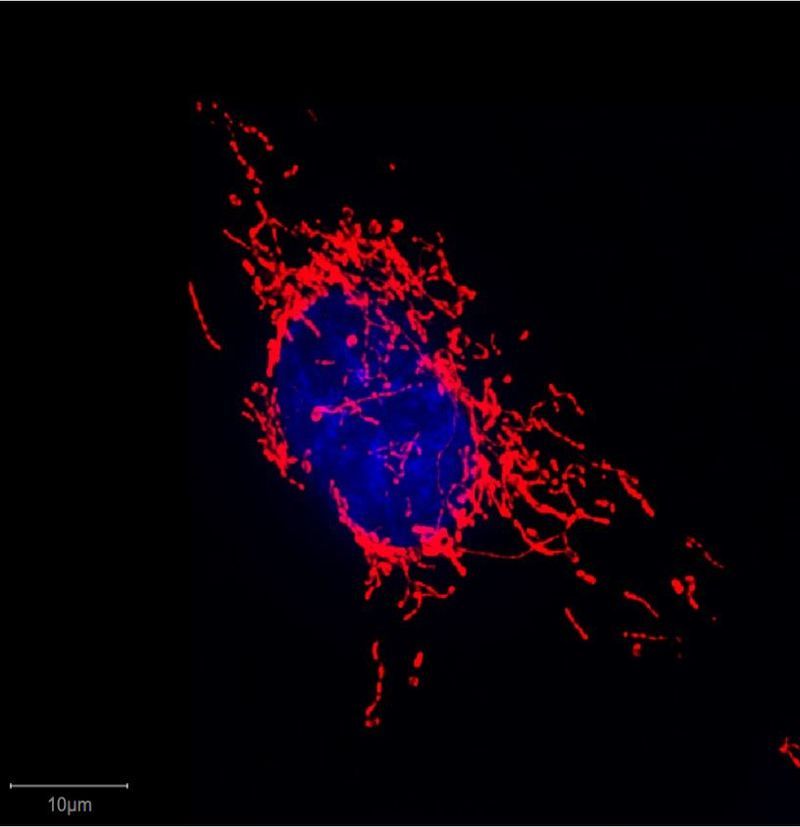 To determine how TNBC’s high heterogeneity contributes to metastasis, Echeverria, Piwnica-Worms, and their colleagues inserted distinct genetic labels called DNA barcodes into the different malignant cell types of patient-derived cancer samples, and then transplanted the cells into the mammary glands of mice. Using the barcodes to track how the cancer cells spread, Echeverria identified a subset that effectively metastasized and colonized other organs. “What sets great trainees apart from others are those who are fearless and willing to embrace new technologies [such as DNA barcoding] to answer key questions,” Piwnica-Worms says, and Echeverria  is not only fearless but has a “great intellect.”

Using the same barcoding method, Echeverria next tested the cancer cells’ responses to chemotherapy and found that the mice’s tumors “got so small it got hard to measure them,” she says. But once the team halted the treatment, the tumors’ growth started skyrocketing again. “We found that we could give tons and tons of chemotherapy over and over again, and we could never prevent them from regrowing,” says Echeverria.

She and her colleagues published the results in 2019, detailing how the leftover tumors survived the chemo treatment. The cancer cells entered a defensive state, the team found, in which the cells’ metabolism shifted to oxidative phosphorylation rather than glycolysis, providing them with an abnormally high amount of energy. An oxidative phosphorylation inhibitor delayed regrowth of the tumors, the team found. The inhibitor is in Phase 1 clinical trials.

Echeverria started her own lab at the Baylor College of Medicine in January, and with the help of a $2 million First-Time, Tenure-Track Faculty Member Award from the Cancer Prevention and Research Institute of Texas, she will continue her study of TNBC metastasis and the cancer’s resistance to treatment. “She’s been working her whole life to get to this point now to be an independent PI [principal investigator] and run her own program,” says Piwnica-Worms. “She picked a really important problem and a really important area to investigate, [cancer] metabolism.”

Echeverria’s research carries personal significance too. Her husband, a radiation oncologist at Baylor, lost his mother to breast cancer when he was 11 years old. Based on what her husband has told her, Echeverria says she suspects the illness might be recognized today as TNBC. “It’s really gratifying to me and it really helps drive my work to know that I’m working on something that is a huge need and might one day help someone.”