When Hadiyah-Nicole Green was in kindergarten, she started helping one of her older brothers with his fourth-grade homework. She and her siblings lived in Saint Louis, Missouri, with their aunt and uncle, who raised them after their mother and grandparents died. “As a child, there were no scientists in my life. I didn’t dream of being a scientist, let alone a physicist. I didn’t have that example,” Green tells The Scientist. “But I loved learning . . . and that gave me the foundation that I needed.”

For college, Green chose to attend Alabama A&M University, where a graduate student persuaded her to study physics. In the summers, she interned at the University of Rochester and then at NASA, where she helped calibrate lasers for the International Space Station. After graduating in 2003 with a perfect 4.0 GPA, she planned to work on improving fiber optics. But a series of family tragedies changed her career trajectory.

First, the aunt who’d raised her announced she had female reproductive cancer and would forgo treatment. “She said that she would rather die than experience the side effects of chemotherapy or radiation,” Green explains. “I was her primary caregiver the last three months of her life, and I watched her go from this powerful matriarch in our family to being someone who couldn’t walk, speak, or stand on her own.” Her aunt died in 2005, and three months later, her uncle was diagnosed with esophageal cancer. Later, he was also diagnosed with prostate cancer. The long-term side effects of treatment contributed to his death in 2013.

Her aunt’s death and uncle’s illness led Green to decide to use her knowledge of lasers to develop a cancer treatment that wouldn’t have side effects. She proposed the idea to Sergey Mirov, a physicist at the University of Alabama at Birmingham who agreed to accept her as a graduate student. In Mirov’s lab, Green worked on a cancer therapy in which gold nanoparticles are injected into tumors. When lasers are directed at the nanoparticles, the particles start to vibrate and warm up, destroying the tumor cells with heat. Because the treatment is delivered locally, it does not affect the surrounding healthy cells.

In 2011, Green and her colleagues showed that these nanoparticles could be attached to tumor-specific antibodies in cell culture, work that earned her a PhD in physics a year later. She is the 76th African American woman to receive a physics PhD from an American university, she says; the African American Women in Physics website keeps a database of the recipients. After graduation, Green joined Tuskegee University as an assistant professor and continued studying lasers and cancer, showing that mice with a form of skin cancer had nearly 100 percent tumor regression when treated using her gold nanoparticle method.

Using lasers to destroy tumor cells “is an extremely clever approach, very innovative, yet straightforward,” says James Lillard, an immunobiologist and associate dean for research at Morehouse School of Medicine. He recruited Green in 2016, and she launched the Ora Lee Smith Cancer Research Foundation, a nonprofit named for her aunt, to raise money to test her laser technique in human clinical trials. That same year, she received a $1.1 million grant from the Veterans Affairs Historically Black Colleges and Universities Research Scientist Training Program. Landing that grant “is huge for somebody just beginning their career,” says Adeboye Adejare, a neurodegeneration researcher at the University of the Sciences in Philadelphia who mentored Green and helped her apply for the award. 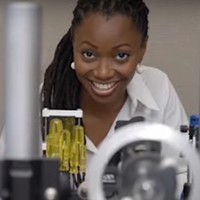 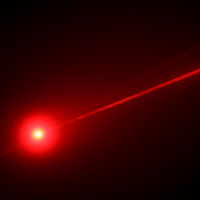