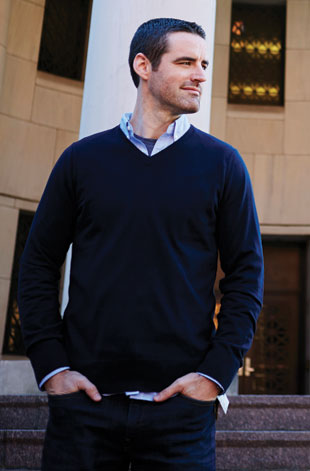 © ROB CULPEPPERAs an undergraduate at Auburn University in the early 2000s, Jeremy Day was thinking of becoming an architect. But an opportunity to work on a research project investigating reward learning in rodents changed the course of his career. “It really hooked me,” he says. “It made me immediately wonder what mechanisms were underlying that behavior in the animal’s brain.”

It’s a question Day has pursued ever since. In 2004, he enrolled in a PhD program at the University of North Carolina at Chapel Hill and began studying neural reward signaling under the mentorship of neuroscientist Regina Carelli. “He was a stellar student by all accounts,” Carelli recalls. “He was very clear on the type of work he wanted to do, even that early on in his career.” Focusing on the nucleus accumbens, a brain region involved in associative learning, Day measured dopamine levels in rats...

Day completed his PhD in 2009, but realized that to better understand dopamine signaling and errors in the brain’s reward system that lead to addiction, he would need a broader skill set. “I had a strong background in systems neuroscience, but my training in molecular neuroscience was not as strong,” he explains. So he settled on “a field that I knew almost nothing about?”—epigenetics—and joined David Sweatt’s lab at the University of Alabama at Birmingham (UAB) as a postdoc. For someone used to a field where “data come in as it’s happening,” Day says, “transitioning to a molecular lab where you might do an assay and you don’t get an answer for a week or two was a culture shock.”

Initially, Day investigated epigenetic modification in the nucleus accumbens. “The idea was that we’d block DNA methylation and see if we could also block learning,” he explains. But things didn’t go according to plan. “We worked on that for a couple of years and, basically, all the results from that experiment were negative.”

Instead of giving up, Day refocused. “He demonstrated a lot of perseverance,” recalls Sweatt. “It really took commitment and determination to stick with the project.” Leaving the nucleus accumbens, Day tried similar experiments in another site involved in dopaminergic pathways. “We found that if we blocked DNA methylation in that region, we could completely block an animal’s ability to learn about rewards,” Day says.2

In 2013, Day received a grant from the National Institute on Drug Abuse (NIDA) that helped him set up as an assistant professor at UAB the following year. He has continued collaborating with Sweatt—now at Vanderbilt University School of Medicine—who calls his former postdoc “a rising star in the discipline.” In 2016, they published evidence that extra-coding RNAs—noncoding RNAs whose sequences overlap with protein-coding regions—help regulate neuronal DNA methylation in an activity-dependent manner.3

Now, Day is most excited about CRISPR-Cas9’s potential to explore epigenetics in the brain. “For the first time, we have the ability to look at the causal role for these modifications in gene regulation, neural function, and behavior,” he says. “It’s a really fun time to be in the field.”