Ever since she was young, Katharina Höfer was fascinated by the sciences, she says, fondly recalling how she explored the forests of northern Germany with her grandfather as he explained to her the workings of nature. In school, “I always loved natural sciences—maths and biology and chemistry and physics were so easy to do,” she tells The Scientist. 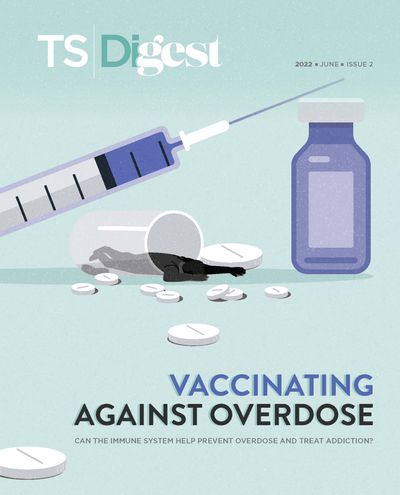 After completing her bachelor’s degree in life science at the University of Hannover in Germany in 2008, Höfer spent half a year working at the German Primate Center in Göttingen. There, she used next-generation sequencing to determine that simian immunodeficiency virus (SIV) particles—which she used as a proxy for HIV—contain microRNAs, noncoding RNAs that help regulate gene expression. During that time, she says, “I really fell in love with the molecule RNA.”

High school biology teaches that RNA is made up of four nucleosides—adenosine, guanosine, cytidine, and uridine—but these nucleosides can be modified in a variety of ways, rendering RNA a much more complicated molecule. More than 160 RNA modifications have been documented, and Höfer notes that the list only continues to grow. Collectively referred to as the epitranscriptome, these modifications play a crucial role in the inner workings of a cell, she says. They can change the stability and function of RNA, including how easily the molecule is translated into proteins and how it is able to regulate gene expression. In humans, aberrations in RNA modifications have been linked to various diseases, including certain cancers and neurological disorders.

Keen to continue her research on RNA after her stint at the primate center, Höfer began a master’s degree in molecular biotechnology in 2009, working in the lab of Andres Jäschke at Heidelberg University in Germany. She remained in Jäschke’s lab for her PhD and postdoc as well, studying RNA modifications in prokaryotes, about which far less is known than RNA in eukaryotes. As a result, she says, this field is ripe for new discoveries.

During her PhD, Höfer was instrumental in the discovery of a new type of RNA modification in bacteria: a nicotinamide adenine dinucleotide (NAD) “cap” that attaches to the 5’ end of the RNA and helps protect it from degradation (Nature, 519:374–77, 2015). By helping RNA stick around, this protective NAD cap also plays an important role in regulating gene expression, Höfer found. She then took a leading role in characterizing the molecular machinery responsible for removing the cap, elucidating the structure and function of an enzyme called NudC (Nat Chem Biol, 12:730–34, 2016).

Jäschke says that while Höfer was already skilled when she joined the lab, this was a time of great growth for her. “During her PhD, she developed tremendously and performed incredibly,” he says. “She was involved in a number of very successful projects, [and] for some of them, she was the driving force behind the project.”

In 2020, Höfer left Heidelberg for her current position as the group leader of the bacterial epitranscriptomics lab at the Max Planck Institute for Terrestrial Microbiology in Marburg. The group now includes several PhD, master’s, and bachelor’s students. Nadiia Pozhydaieva, a PhD student in Höfer’s lab, comments on how much attention and support Höfer gives each member of the lab. “Katharina tries to lead her group in a different way. We are like a family,” she tells The Scientist. “To be completely honest, Katharina is the best mentor I’ve ever had because she takes time for each of us.”

Höfer and her team recently published a preprint showing that bacteria-killing viruses, called bacteriophages, have special enzymes that can use the NAD cap to glue bacterial proteins and RNA strands together. While the purpose of this behavior is not yet fully understood, Höfer hypothesizes that sticking RNAs to proteins may interfere with the proteins’ functions, effectively shutting down crucial cellular activity in the bacterial cell. This, she says, may be an important and unexplored mechanism by which bacteriophages are able to kill bacteria.

Höfer says that she’s exploring potential applications of this work—perhaps to guide the discovery of novel bacteria-killing agents—while also continuing to delve further into fundamental research on RNA modifications in bacteria, about which there’s so much more to learn. “This is a never-ending story.”