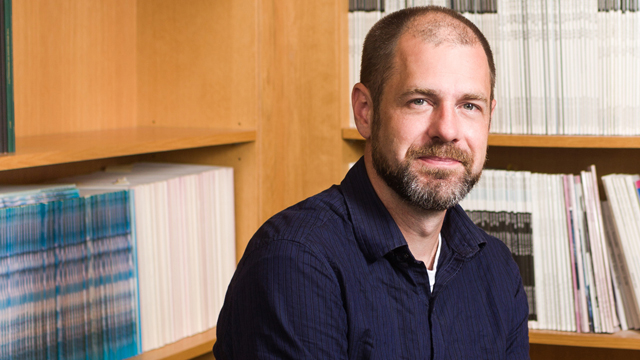 © ROB STRONGWhen Kyle Smith was a kid, he didn’t like science. “I didn’t do very well” in the subject, he says. As an undergraduate at Indiana University, he initially saw himself going into film or television production, but he says the jump to psychology with a neuroscience bent wasn’t really such a big one. With film, “basically you start out with nothing, come up with an idea, figure out how to get it done, be creative, make it interesting to people. . . . push boundaries, [which] is exactly the same kind of thing I’ve found in science,” Smith says.

Smith was drawn to psychology partly by the problem of drug addiction. “Watching people go through that, it just hijacks the person in a sad but really fascinating way,” he says. As an undergraduate he studied at the University of Oxford, focusing on “the neuroscience side of...

Berridge’s group had previously found that ablating a region of the rodent brain called the ventral pallidum (VP) wiped out the animals’ reward response so completely that they stopped eating. To learn more about specific areas involved in the reward response, Smith used tiny syringes to inject neurotransmitter-mimicking chemicals into preimplanted tubes in the brains of awake rats, he says. The resulting changes in the rats’ behavior helped lead to the discovery of a particular area within the posterior VP—dubbed a “hot spot”—where the neurotransmitter mimics an enhanced reward response.1

Smith then delved into how that hot spot interacted with other areas of the brain. “What stood out about Kyle is that he was really dedicated to doing a scientific career, and he just threw himself into his projects with great energy and sort of swarmed over the literature, mastered the techniques, and then began to achieve results through a lot of hard work and talent—and did some beautiful, beautiful science,” says Berridge.

When it came time to apply for postdoc positions, Smith was intrigued by the work of MIT’s Ann Graybiel, who was using neural recording and other cutting-edge methods to decode habit formation in rodent brains. Working with her, Smith learned a new technique: optogenetics. “It developed into a very cool project where we were tracking changes in the brain as habits were formed,” he says.2

In 2013, Smith started his own lab at Dartmouth College, where he’s continued to study reward response, habit formation, and the VP. In one experiment, he and postdoc Steve Chang used optogenetics to disrupt VP function in rats that had been given a diuretic to make them salt-deficient. This VP impairment dampened the rats’ ability to associate environmental cues with salt rewards—though they still ate the salt when it was presented to them.3

Like Berridge, David Bucci, who heads Dartmouth’s Department of Psychological and Brain Sciences, says he has been impressed with Smith’s command of the literature and embrace of new technologies. “He wasn’t afraid to try new things and take a risk.”

And his background in the visual arts still comes in handy, Smith says: “[I] go kind of overboard with the PowerPoints that I wind up doing.”