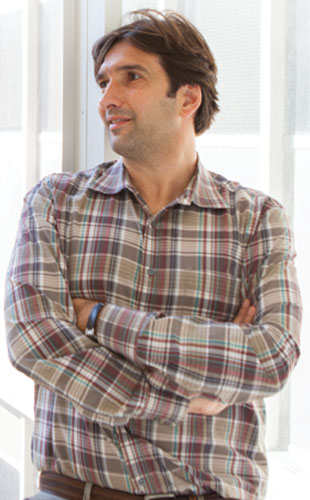 © SHANNON O'HARADuring Mauro Costa-Mattioli’s childhood in rural Uruguay, the government was transitioning from fascism to democracy. “At the time it was very difficult to pursue science,” he says. Yet he fell in love with biology, and throughout his elementary school years, as a military government ruled the country, Costa-Mattioli spent his time dissecting plants and animals and staring into a microscope. He continued to study microbiology as an undergrad at the University of the Republic in Montevideo, and when he saw the opportunity to go abroad to pursue graduate work, Costa-Mattioli left for France to study the genomic strategies viruses deploy to escape immune attack. (See “Viral Virtuosos")

His PhD research at the University of Nantes sparked an interest in learning more about translation, given that viruses can suppress protein production in hosts to usurp cellular machinery for their own gains. This curiosity led him...

Costa-Mattioli was not deterred. He reached out to experts to get training in behavior, neurobiology, and electrophysiology, and in 2005, he, Sonenberg, and colleagues provided genetic evidence that protein synthesis is necessary for long-term memory in mice.1 They then showed that this process is governed by the phosphorylation of a translational regulator, eIF2α; reducing phosphorylation enhanced memory in mice, and ramping it up impaired memory.2 “It was amazing to see: you change a particular amino acid, and you make an animal smart. Or you do the opposite and make it stupid,” Costa-Mattioli says. “That is the power of biology.”

Sonenberg says Costa-Mattioli is extremely productive and quick to assist others, tendencies that helped him coauthor 21 papers during his postdoctoral tenure. He is also a rich source of ideas for projects, says Dora Angelaki, the chair of Baylor College of Medicine’s Department of Neuroscience, which Costa-Mattioli joined as a faculty member in 2008. “I can’t think of anybody [in the department] he doesn’t have ideas of collaborating with,” she says.

Leading his own lab at Baylor, Costa-Mattioli has continued to study memory mechanics. In 2013, his group demonstrated that actin polymerization, spurred by the mTORC2 pathway, is essential for long-term memory in mice and flies.3 Costa-Mattioli says his group is now exploring how these two memory processes—actin polymerization and protein translation—are involved in cognitive disorders, and whether they can somehow be manipulated in neuronal cell cultures to rescue impairments.

Sonenberg says he looks forward to the ideas Costa-Mattioli will come up with next. “He’s a totally dedicated scientist,” he says. “I predict a great future for him.”