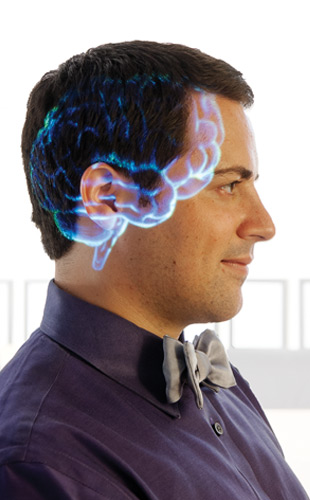 FRANK ROGOZIENSKI/WONDERFUL MACHINEPhilip Low was born in Vienna, grew up in Paris, and went to college in Chicago. Mirroring his early-life peregrinations, Low’s research has led him from math to neuroscience to business. In the late 1990s, while completing his undergraduate mathematics degree at the University of Chicago, Low spent a summer doing cancer research at Harvard Medical School. “Having worked in math and physics for most of my undergraduate years, studying something that was alive was very refreshing,” he says.

While the experience motivated him to pursue a career in biology, he got a sense that applying his computational skills to neuroscience would be more fruitful. “What I found from neuroscientists was they were excited to have mathematicians among them,” he says.

METHODS: For graduate school, Low went to the Salk Institute for Biological Studies to study sleep patterns in zebra finches in the lab of Terry...

“What he offered by the time he finished his PhD was the possibility of a person having a wire on their head in a much less imposing environment, so data gathering was improved,” says Donald Spencer, a researcher at Salk who, as a fellow graduate student, shared a lab bench with Low in Sejnowski’s lab. “Then the computer analysis he developed, compared to human analysis, turned out to be just as accurate. That was really very revolutionary.”

DISCUSSION: A bit of lore accompanies Low’s graduate-school accomplishments. Low says that Sejnowski, who declined to be interviewed for this story, initially discouraged the young grad student from pursuing the SPEARS project because it was too risky, leading Low to work on it in secrecy until he had results. Low also claims that he ultimately turned in a one-page thesis, but Charles Stevens, a member of Low’s thesis committee, says he remembers a longer dissertation.

Regardless of how long Low’s thesis was, Stevens says that the algorithm is reliable, and his impression is that it is “a genuine advance” for the sleep research field. Low has turned the discovery into a business, NeuroVigil, which leases its iBrain device to labs pursuing sleep research, in the study of autism or sleep disorders, for example. Low continues to push for broader applications, such as in Alzheimer’s and Parkinson’s research, and has formed a partnership with Stephen Hawking to develop a communication device for ALS patients who have lost the ability to speak and move.

NeuroVigil has had successful rounds of funding, and Low says it now is earning a profit. The company, which went to market in 2009, has also nabbed several entrepreneurship prizes, including $250,000 in the Draper Fisher Jurvetson Venture Challenge, and has been featured in the New York Times and other media outlets. Low says that “it’s a very exciting field, and of course my job as an inventor is to create tools that can be easily used [while keeping] the complexity in the mathematics.”