Rotem Sorek got his PhD studying human genetics, but he soon learned his true affinity was for microbes. Sorek started his doctoral research around the time that the human genome was being decoded, and he found the field exciting. But as he was finishing his dissertation, scientists were just beginning to crack the genetic code of numerous microbial genomes. The sheer number of microbes with genomes still to be explored proved more enticing to Sorek than the singular human genome.

“There’s just so much to discover there, it’s like a treasure trove of genomic information,” says Sorek, now a geneticist at the Weizmann Institute of Science in Rehovot, Israel.

Sorek completed his undergraduate, master’s, and PhD degrees at Tel Aviv University, and in 2006 moved institutions and countries to do his postdoc with geneticist Edward Rubin at the Lawrence Berkeley National Laboratory in California. Rubin was then the director of the US Department of Energy’s Joint Genome Institute, with which he is still affiliated, and had led the organization’s involvement in the Human Genome Project. Genome sequencing technology was somewhat rudimentary then, in addition to being both expensive and time-consuming. But Rubin’s lab was a hot spot of sequencing, and that proved a strong motivation for Sorek, who was excited about using his bioinformatics skills to analyze the newly deciphered microbial genomes and identify the functions of previously unknown bacterial genes. “Sorek is a rare combination—somebody that is able to look at big datasets with biological insights,” Rubin says.

After working in Rubin’s lab for two and a half years, Sorek set up his own lab back at the Weizmann Institute to study CRISPR, and then became interested in studying phage biology and bacterial immune systems more broadly. In 2010, Sorek began collaborating with bacteriologist Pascale Cossart of the Pasteur Institute of Paris, and in 2016, they published a paper describing a technique to analyze bacterial transcriptomes and identify RNAs that regulate microbial gene expression. Sorek and Cossart used the platform to find RNAs that respond to antibiotics by ramping up the expression of genes responsible for resistance and helping bacteria avoid death. 1

Sorek “is among the young microbiologists who have introduced new concepts in bacterial gene regulation,” Cossart writes in an email to The Scientist. “His competence is internationally recognized.”

In a separate line of research, Sorek and his colleagues have been examining phages that attack bacteria. Certain phages are known to switch between two modes—dormancy or all-out attack—while inside a cell. One group of phages uses a six amino acid–long peptide to communicate with the next generation of virus particles: depending on the abundance of these molecules, the progeny determine what mode to assume.2

“Each [type of] phage speaks in one language and can only listen to its own language,” Sorek says. “They don’t hear each other.” His team is now trying to understand the “evolutionary principles that guide this behavior” to prevent crosstalk between different phage types.

Sorek and his labmates have also developed a program to scan many thousands of bacteria, and the researchers have used it to identify 10 previously unknown immune systems that bacteria employ against phages.3

Understanding the molecular underpinnings of these newly identified bacterial immune systems might lead to new tools for genetic and genomic engineering, Sorek says. Adding tools to the gene-editing toolkit could help researchers tease apart the genetic codes of organisms in new and varied ways.

Understanding the molecular underpinnings of these newly identified bacterial immune systems might lead to new tools for genetic and genomic engineering, Sorek says. Adding tools to the gene-editing toolkit could help researchers tease apart the genetic codes of organisms in new and varied ways. 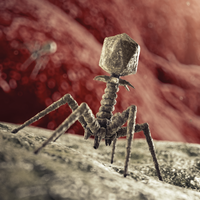 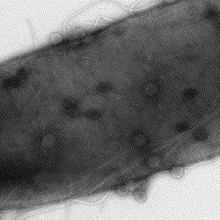