Despite his mother’s intense fear of the animals, Shane Campbell-Staton was “obsessed” with reptiles from a young age, he says. Growing up in an urban setting in South Carolina, he didn’t have much access to tide pools or forests where wildlife could be readily found, “but what I did have was TV,” Campbell-Staton says, crediting hosts such as Steve Irwin, Jeff Corwin, and Mark O’Shea with making the natural world accessible to him.

Campbell-Staton and his sister were raised by their single mother, first in Connecticut and then in South Carolina, where he spent his formative years. When he was in high school, the family moved to upstate New York while his mom attended divinity school there. During his senior year, Campbell-Staton worked at a local reptile shop, caring for anoles, corn snakes, a red tail boa, and an iguana. He decided to attend the University of Rochester to pursue a degree in biology—but his college experience almost ended as soon as it began.

Although he was eager to begin classes, that enthusiasm was challenged when a professor started discussing calculus formulas that included delta (Δ) on the first day. “I didn’t realize that you could add and subtract triangles,” Campbell-Staton recalls, making him concerned that he had somehow missed an earlier lesson. (He hadn’t.)

Campbell-Staton’s initial misgivings foreshadowed his academic struggles that year: he worked hard but ended with a 0.65 GPA, meaning he would need to retake many of his classes to graduate. He says he doubted whether he’d continue. But with a word of warning from his mom about avoiding regrets, Campbell-Staton returned to school in the fall and steadily improved his grades. He even completed an honors thesis, using mitochondrial DNA sequencing on shed skin to uncover the evolutionary origins of captive bearded dragons (Pogona vitticeps), whose native country of Australia has always had laws against exporting them. Campbell-Staton’s data revealed that the 14 samples he studied came from dragons that were most similar to those near two major Australian ports, suggesting the animals may have been smuggled out this way by humans. 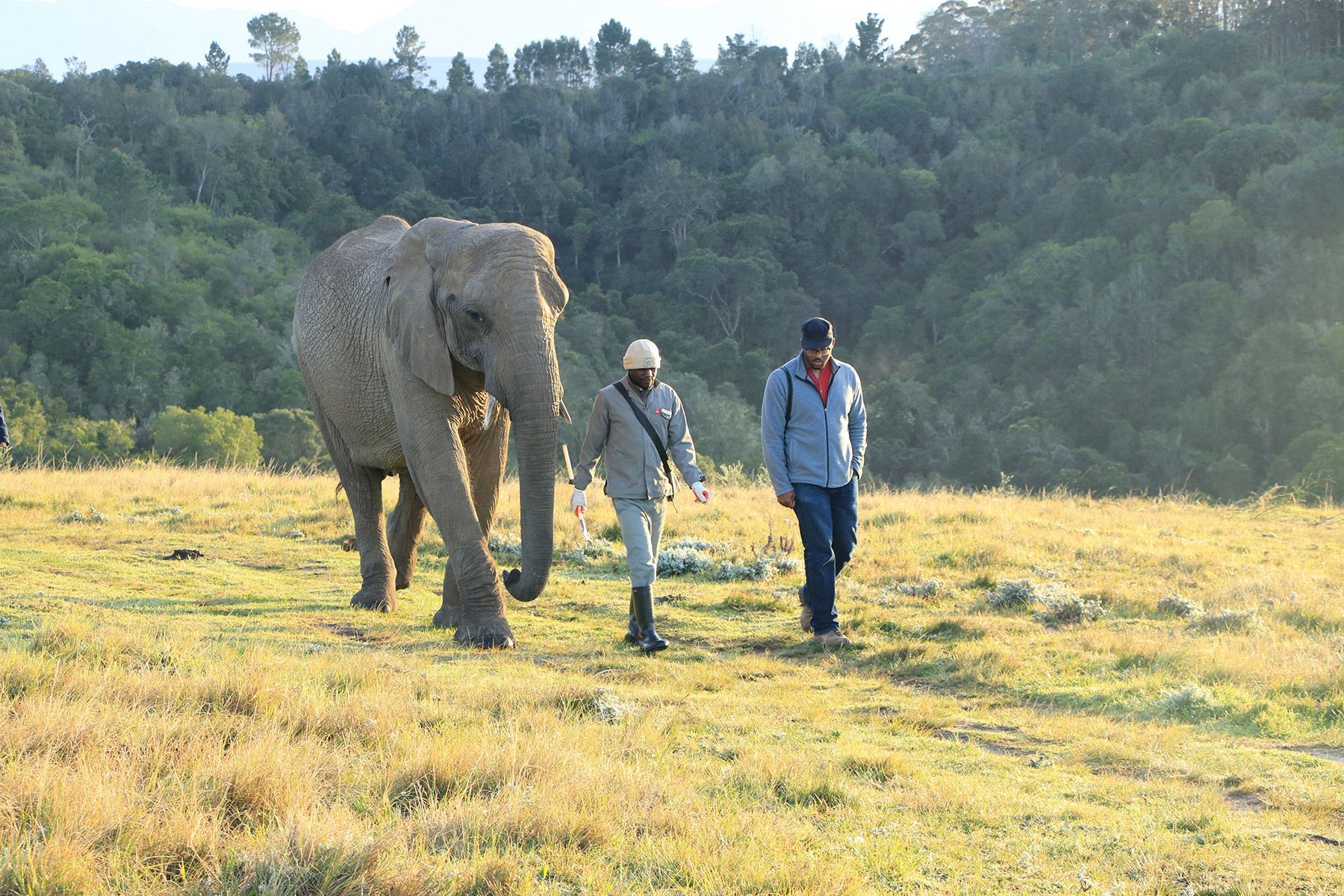 In Mozambique, Campbell-Staton investigates why some female African elephants (Loxodonta africana) are growing shorter tusks, perhaps in response to poaching pressure for their ivory.
courtesy of Shane Campbell-Staton

By the time he graduated, he had accepted a job as a technician in the same lab where he’d done his bearded dragon research, doing all of the lab’s grunt work in a trial-by-fire way of gauging how much he truly enjoyed research. A year later, Campbell-Staton started his doctoral studies at Harvard University.

At Harvard, there was no single lab that could blend his love of reptiles with genomics, so he split his time between the labs of herpetologist Jonathan Losos and evolutionary biologist Scott Edwards, and undertook a thesis project that involved studying the evolution of thermal tolerance in green anoles (Anolis carolinensis). He spent his graduate career driving from Massachusetts to Texas to find out how the lizards’ ability to withstand colder temperatures shifted across their entire range.

During this time, he also became curious about how anoles’ oxygen consumption varied in different climates. There wasn’t anyone in the Boston area who was able to do the in-depth analysis of respiration that he was after, so he contacted Zac Cheviron, an integrative organismal biologist at the University of Illinois, Urbana-Champaign, who was using respiration to study elevation tolerance in deer mice. After he finished his PhD in 2015, Campbell-Staton joined Cheviron’s group as a postdoctoral researcher just as the lab was moving to the University of Montana. He gathered anoles from across their range and found that the lizards from cooler climes consumed less oxygen and metabolized oxygen more efficiently than did lizards adapted to warmer temperatures.

In 2018, Campbell-Staton started his own lab at the University of California, Los Angeles (UCLA), where his research now focuses on understanding how human activity around the world is forcing animals to adapt. In Puerto Rico, his team studies how crested anoles (Anolis cristatellus) are evolving in hot urban environments with few natural resources, while in Florida, the researchers probe how American alligator (Alligator mississippiensis) reproduction has changed in the face of endocrine-disrupting pollution in their habitats. Farther afield, in Mozambique, Campbell-Staton is investigating an odd evolutionary quirk whereby some female African elephants (Loxodonta africana) are forgoing tusk growth, perhaps in response to selective pressure exerted by ivory poachers. And inside the Chernobyl Exclusion Zone, Campbell-Staton’s group is teasing apart how gray wolves (Canis lupus) and other species have been able to repopulate the area, where radiation levels can still exceed levels dangerous to humans.

Over the summer, Campbell-Staton returned to the East Coast, moving his lab from UCLA to Princeton University. He says he will continue with his current projects and expand his scope with new collaborators to find other ways that human activity may be affecting wildlife. “A big part of our functional environment is actually abstract,” he says, describing how political borders don’t physically exist but can still have ecological outcomes. Decisions made by different governments “have very real biological consequences,” he says.

Outside the lab, Campbell-Staton hosts The Biology of Superheroes podcast, which analyzes how science and science fiction intersect. He says the series was born out of a love of comic books he developed in grad school, and sociologist Hannah Landecker, who collaborated with Campbell-Staton at UCLA, says such a creative venture illustrates his personality well. “I think of him first and foremost as someone with a unique curiosity for the natural world who is able to channel that creative questioning to both specialized and general audiences with enormous skill and humor,” she says.