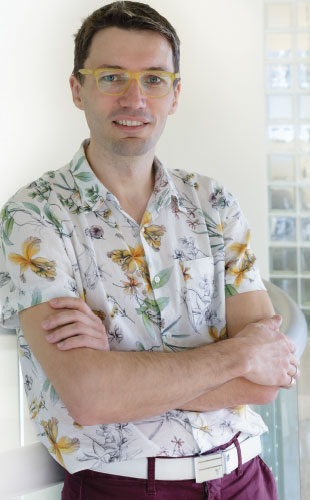 © PAUL SIMCOCKAs a graduate student studying cell biology at the University of California, San Francisco, Vlad Denic was not interested in projects suggested by his mentor that were sure to result in a publication. Instead, he devised his own experiments, screening for genes involved in sphingolipid metabolism, among other research pursuits. After seven years, Denic pulled together a manuscript on a lipid-synthesizing enzyme only to have it rejected by Cell for lacking general interest. He submitted a different manuscript, this one on an artificial lipid-synthesis technique, to Science a year later and was rejected again, this time on the grounds that his findings were not novel enough.

“I’m okay with failure,” Denic says now. “As long as it prompts me to come up with something new.” His persistence paid off during an experiment with the enzymes that help produce very long fatty acid chains, important cellular building...

During those years, Denic built a reputation for inventive experimentation that helped him immediately land a faculty position at Harvard University in 2008. Initially, his lab focused on tail-anchored (TA) proteins, a broad and vital class of membrane-bound molecules involved in diverse cellular processes, from vesicle fusion to cell death. Denic, with his first grad students and postdocs, described the cellular machinery that ferries some of these proteins from ribosomes to their destinations in the endoplasmic reticulum, a process needed for efficient organelle assembly.2

But after a string of papers that answered key questions about this complex system, Denic began to look around for fresh projects. “Once [Denic] feels he understands the basics of some problem, he has absolutely no fear of moving into other areas,” observes Manu Hegde, a long-time friend of Denic who studies TA proteins at the Medical Research Council Laboratory of Molecular Biology in the U.K. “He’s a very original thinker.”

As the TA protein studies wound down, Denic says, “we started shifting focus toward selective autophagy,” a process by which cells tag, capture, and recycle damaged or toxic material. “We thought there would be many big mountains left to climb.” His group discovered that yeast cells trigger autophagy on demand through the flip of a molecular switch, rather than at a constant rate, as had previously been thought.3 The mechanism’s existence suggested that autophagy could be ratcheted up or down to keep pace with a cell’s needs, Denic and his coauthors reasoned. Lately, the team has been using CRISPR-induced random mutations to screen for uncharacterized genes in mammalian cells that play critical roles in autophagy.

Denic has spent the last few months on sabbatical exploring yet another new topic in a familiar city, San Francisco. Before he returned to the Bay Area, his Harvard lab identified a transcription factor that prevents misfolded and toxic proteins from building up in the cell. Denic is now exchanging ideas and techniques related to protein homeostasis with scientists at Calico, a biotech venture started by Google to study aging. When he returns to Harvard in the spring, Denic says he plans to investigate how the protein folding process erodes over time, a line of inquiry that may shed some light on the cellular consequences of aging.