Michael Singer at Wesleyan University discovered that, when healthy, tiger moth larvae, also known as woolly bear caterpillars, focus their diet on nutrient-rich food, but switch to eating plants with high levels of toxic substances when infected with parasites. The basis for this preference, Singer learned, has to do with taste. Parasitic infection by tachinid flies, for example, increased the firing rate of caterpillar taste cells in response to toxic pyrrolizidine alkyloides (PA), compared to uninfected caterpillars, enhancing their preference for PA-rich food. Eating such food, Singer found, improved infected caterpillar survival.

When experiencing stomach upset, chimpanzees turn to noxious plants, such as the bitter leaf plant, to help handle any intestinal parasites that might be causing their symptoms. “They remove the bark and leaves like a banana,” explains Michael Huffman of the University of Kyoto. “Once they suck out the juice, the chimps spit out...

A number of primate species, including chimpanzees, Japanese macaques, gibbons, and bonobos, sometimes choose plant material for its physical characteristics. A behavior called “leaf swallowing,” wherein a chimp picks a rough leaf, folds it carefully, and swallows it whole. Covered in tiny stiff hairs, the leaves sweep through the chimps’ intestines undigested, carrying parasites with them.

Honey bees were recently shown to self-medicate, and perform the task as a whole colony. When challenged with the fungus Ascophaera apis, which causes a larval disease called chalkbrood, researchers at North Carolina State University and the University of Minnesota found that the worker bees sought out more propolis and less pollen than usual. Propolis, sticky resins bees forage from a variety of plants, are rich in antimicrobial activity. Adding propolis to hives decreased fungal infections by A. apis.

The protozoan parasite Ophryocystis elektroscirrha forms spores on adult monarch butterflies, which get transferred to the milkweed plant as the monarch mother lays her eggs. Once the caterpillars hatch, they’ll eat the parasite spores and stay infected for the rest of their lives. An adult monarch can’t cure its own infection, but she can protect her offspring by choosing the right species of milkweed—one rich in cardenolides that may be toxic to the protozoan.

Female sifaka lemurs in Madagascar choose food that’s rich in tannins during pregnancy, while males and non-pregnant females avoid plants high in these astringent compounds. In what may be the first demonstration that self-medication can improve reproductive fitness, scientists found that eating tannins correlated with more successful births. 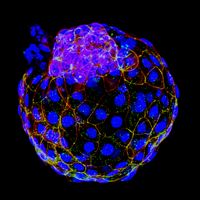 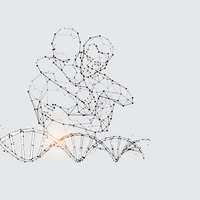